After first appearing in a handful of in-line colorways and then being used as the centerpiece of a Kith collaboration in March, the adidas FYW S-97 is back again in a slick Phoenix Suns-esque combination of flash orange and purple. A modernized version of a 1997 classic that originally served as part of the Trefoil Brand’s “Feet You Wear” efforts, these hybrid runner/trainers offer a heavily layered look that combines a tan mesh base with a healthy dose of white leather overlays. The accents are then dispersed around the upper’s various pieces, with purple suede appearing on the midfoot, lace loops, and toebox wile bright orange is mostly used for trim on the heel, midfoot, and forefoot. Retro branding appears on the midsole and heel tab, while a Torsion system provides still-sufficient support, and a black outsole finalizes the look. These adidas shoes will release on June 1st for $140 USD at retailers like Sneakers France, so enjoy some on-foot shots below in the meantime. 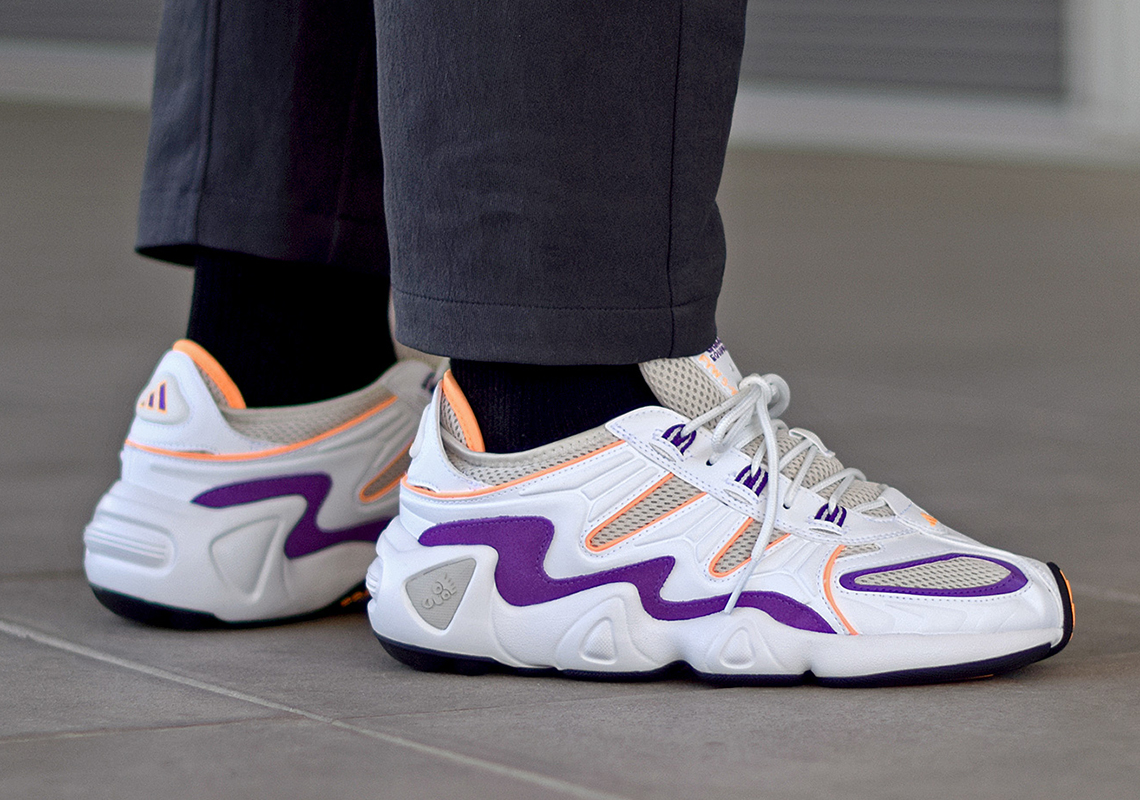 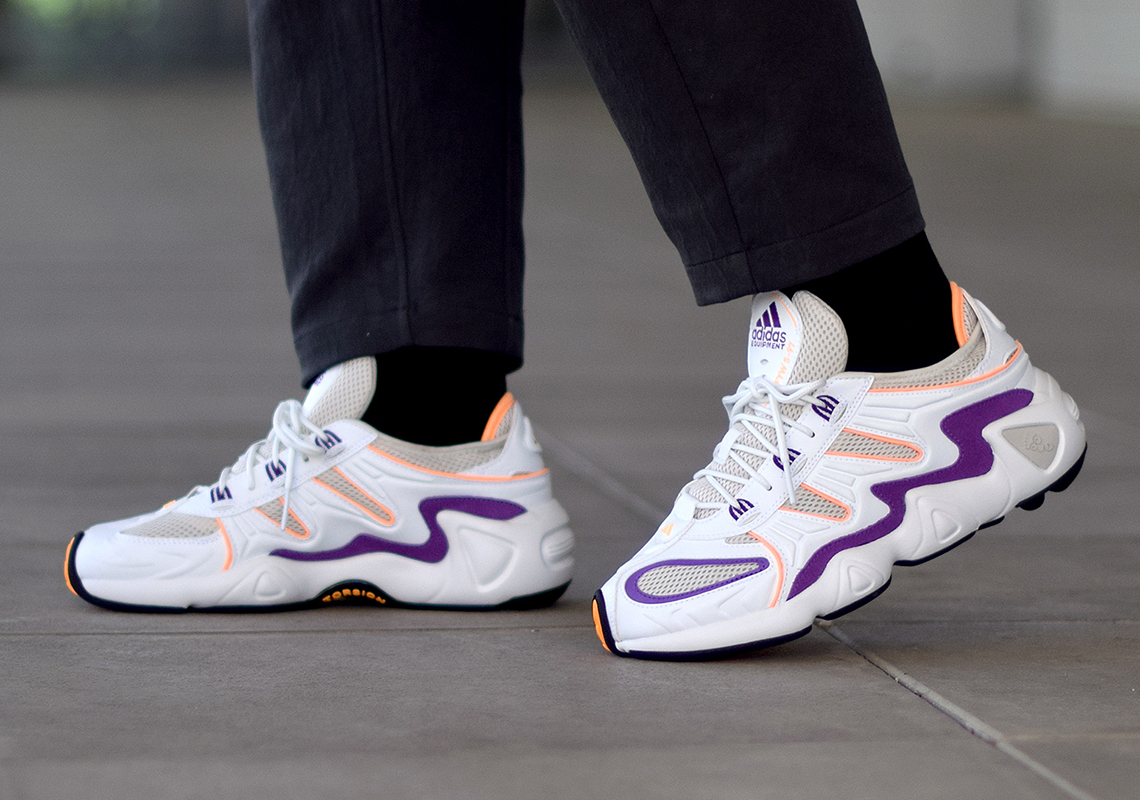 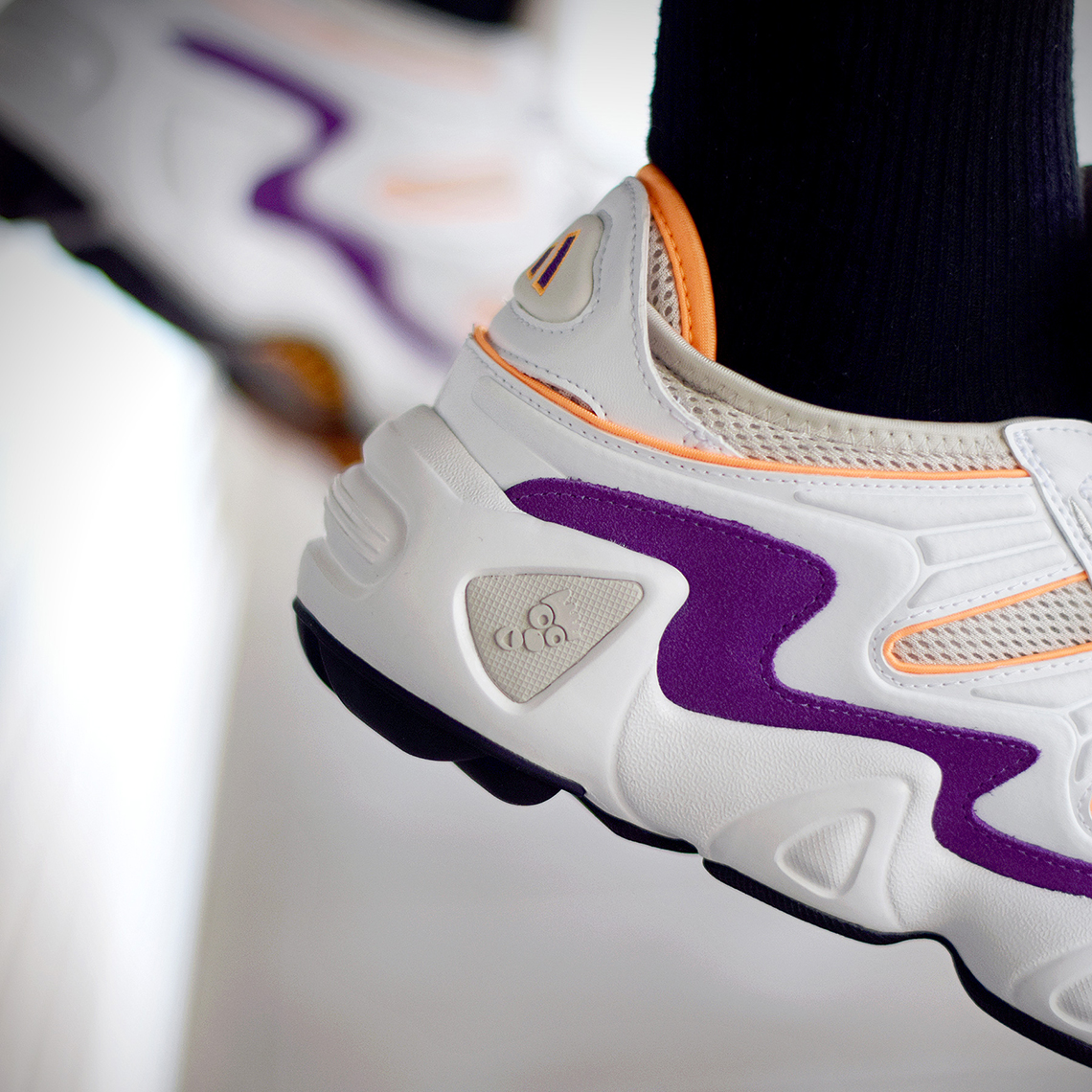 The post The adidas FYW S-97 Is Back In Flash Orange And Purple
appeared first on Sneaker News.

The post The adidas FYW S-97 Is Back In Flash Orange And Purple appeared first on Sneaker News.