During Spring and Summer 2019, adidas is connecting with Raf Simons to place an aesthetic clash between ’70s glam rock and mid-century haute couture – dual inspirations of the Belgian designer.

The adidas RS Detroit High is inspired by the Detroit Runner, a staple of the rang. Featuring a thick outsole and curvilinear midsole from the runner but instead of the canvas upper we have an opaque, rubberized plastic, a tribute to the fetish elements of glam rock. Landing on the outer-shaft is a ‘punkette’ patching in Black and White photograph of a woman with an art nouveau frame. Underneath it we have a table printed with ‘Raf Simons Antwerp SS 2019’.

Three colorways will release which includes Red and Black, Black and Pink along with White and Grey and will debut at select retailers on January 24th. 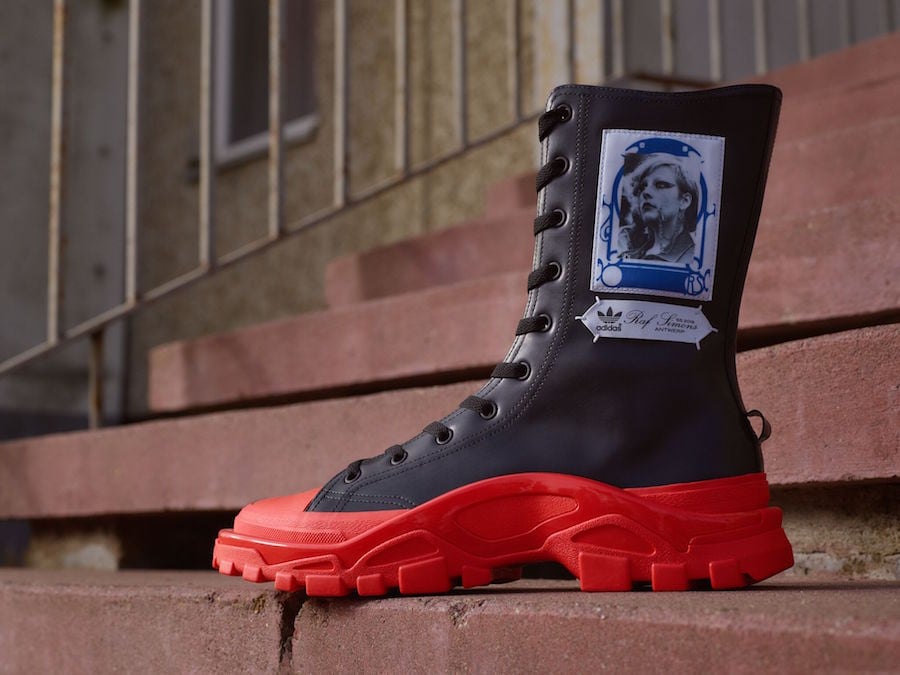 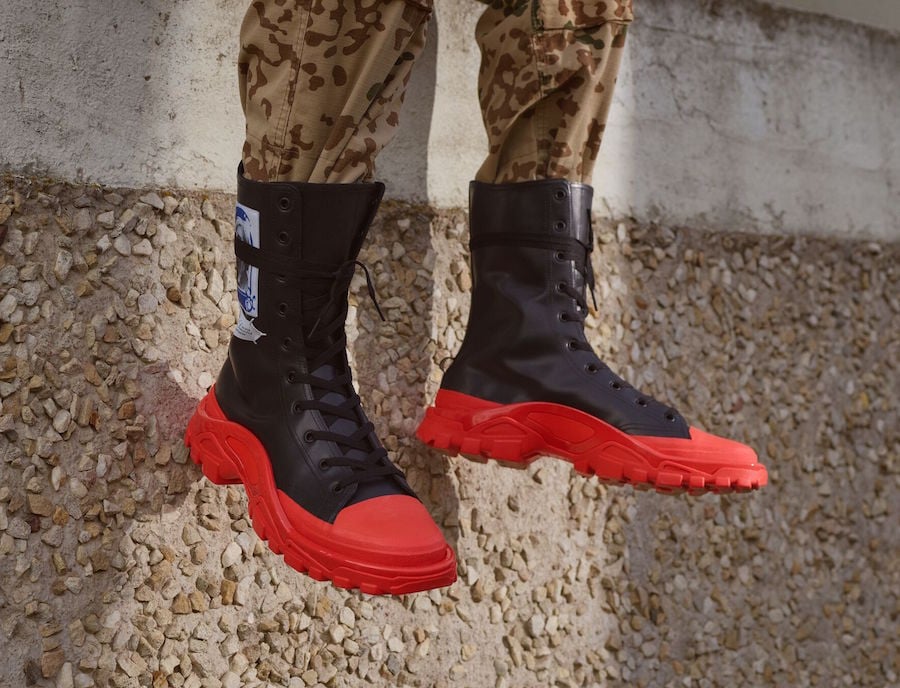 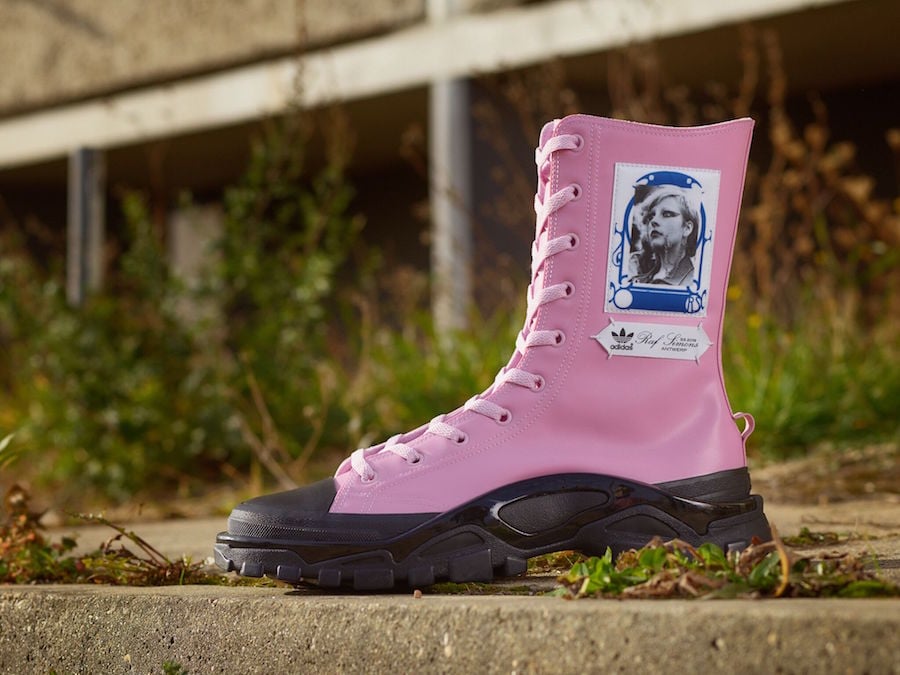 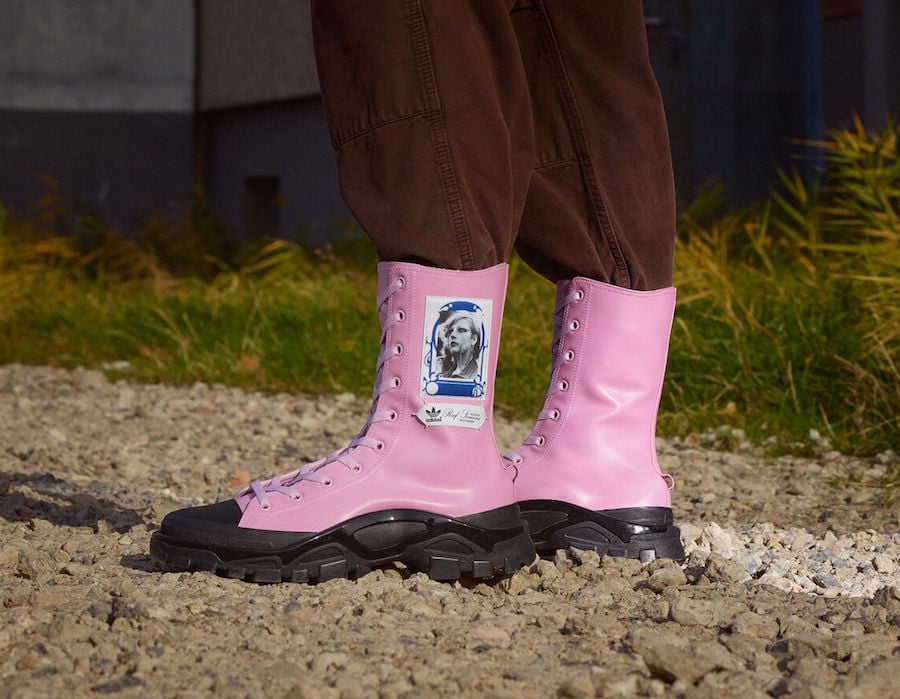 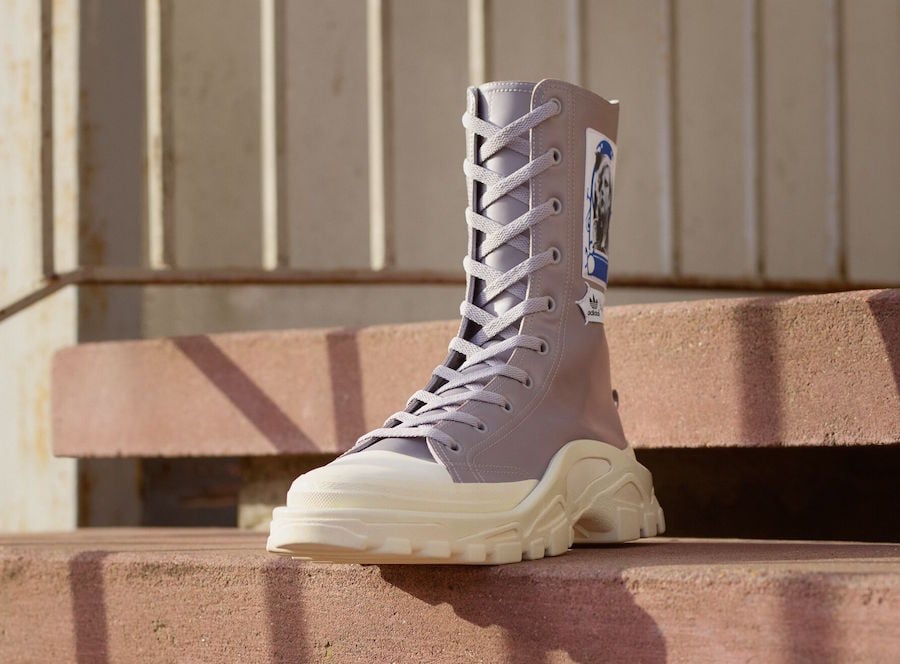 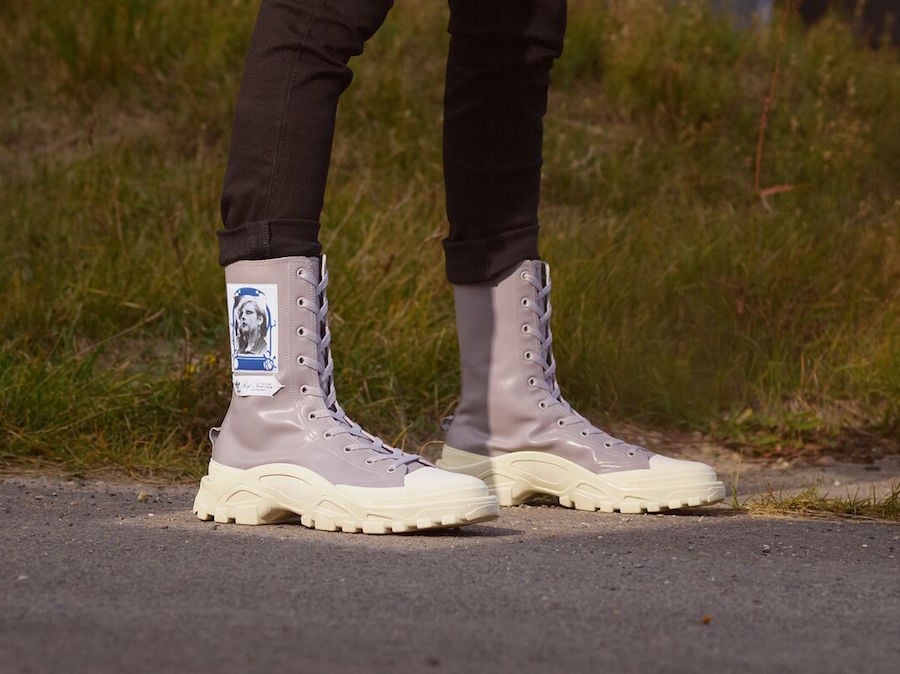