The adidas Ultra Boost 4.0 has been spotted in yet another iteration of the “Multi-Color” theme, this time centered around a Core Navy color scheme. The new Ultra Boost 4.0 colorway features a Primeknit upper clad in multi-color pattern that blends Core Navy with other shades of blue and orange. The cage, heel cap and interior of the shoe also feature the flat Core Navy color to help contrast the wild patterning of the upper. A crisp white Boost midsole completes the look, as it does with most Ultra Boost models. This clean new colorway can be had right now from adidas retailers like Feature for the typical Ultra Boost price of $180. Sizes are running out fast though (12 and 13 already gone), so act now if you want to snag a pair. 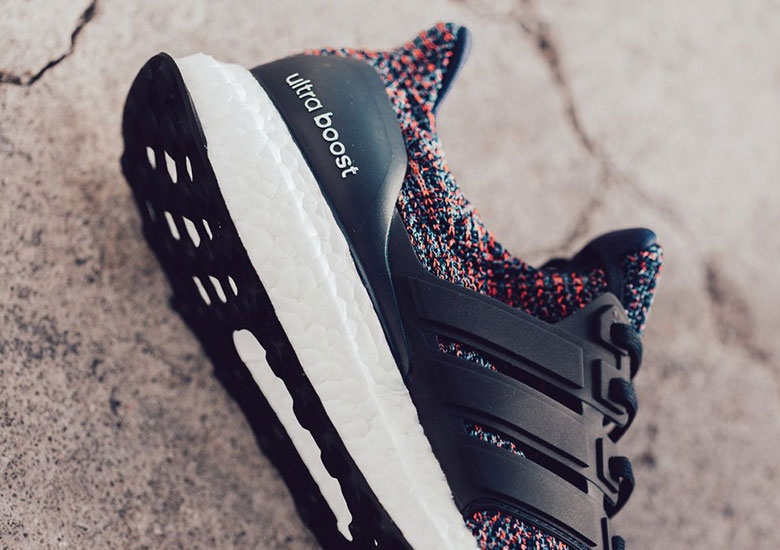 The post The Next “Multi-Color” adidas Ultra Boost Is Here
appeared first on Sneaker News.

The post The Next “Multi-Color” adidas Ultra Boost Is Here appeared first on Sneaker News.