Kanye West‘s legions of adoring fans have been waiting for the adidas Yeezy Boost 350 v3 for over three years, and after West himself debuted the design when he stepped out in a pair this July, we now have our best look yet at the newest adidas Yeezy creation. Arriving in both a bold black and a stark white that’s garnered an “Alien” nickname, the fresh silhouette manages to retain the line’s signature ethos while adding a vast amount of new detailing and styling as well. Although both uppers still feature a full Primeknit construction, they’re much more pared-down, replacing the structured collar of the adidas Yeezy Boost 350 v2 with a more sock-like iteration that’ll grip the ankle, and adding sizeable midfoot holes above a wide translucent stripe for ventilation. There’s a new print to be had on both colorways as well, one that’s almost digi camo-esque in its abstract stylings, while a single stitch runs the full length of the toebox and throat, coming to a head at the collar.

Although the uppers do indeed present a fresh new look, the midsole is unquestionably the most different piece, as every inch of it has been re-worked. Gone are the ridged details from the past two Yeezy 350 models, replaced instead by a smooth semi-translucent shell that’s more basketball-inspired. The outsole also opts for a traditional herringbone traction pattern, and is cut out both in the heel and the forefoot to show the Boost cushioning and offer extra flexibility. Both colorways are set to arrive in December, and will come with a slightly increased price point of $230 USD. Check out on-foot shots of both below, let us know what you think of the new design, and stay tuned to our Sneaker Release Dates page for info and updates on an exact date of arrival as they’re available. 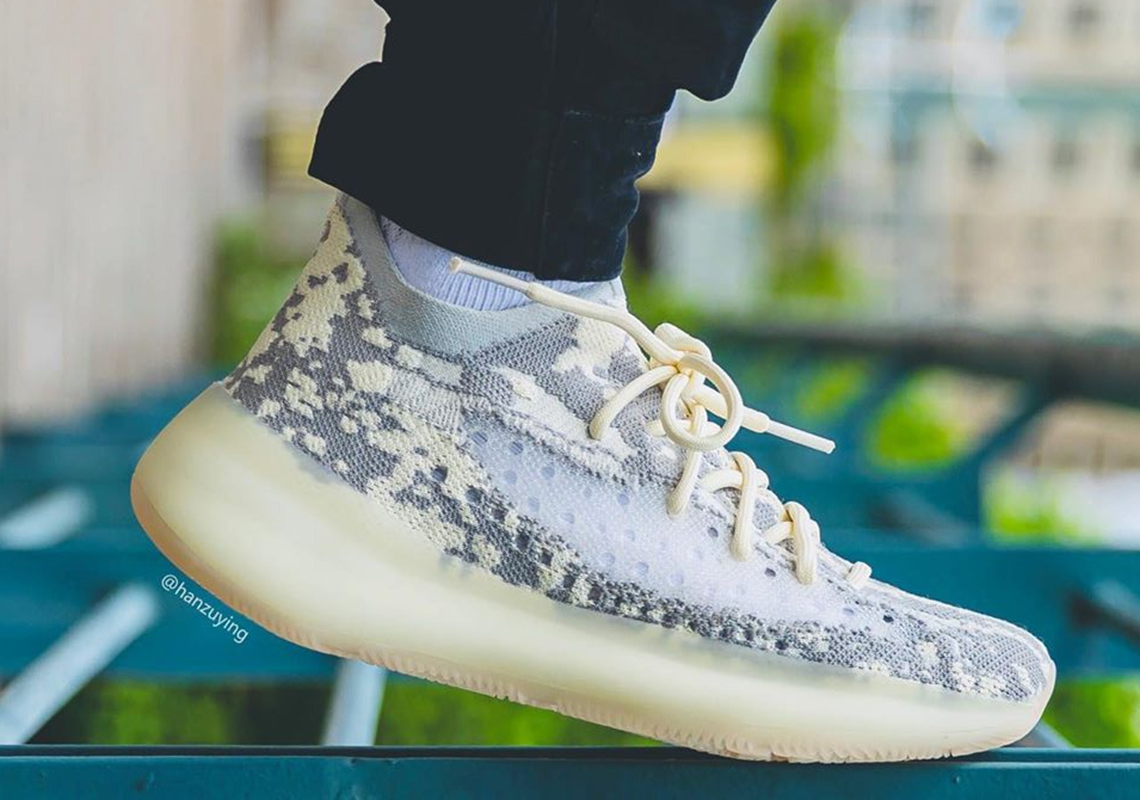 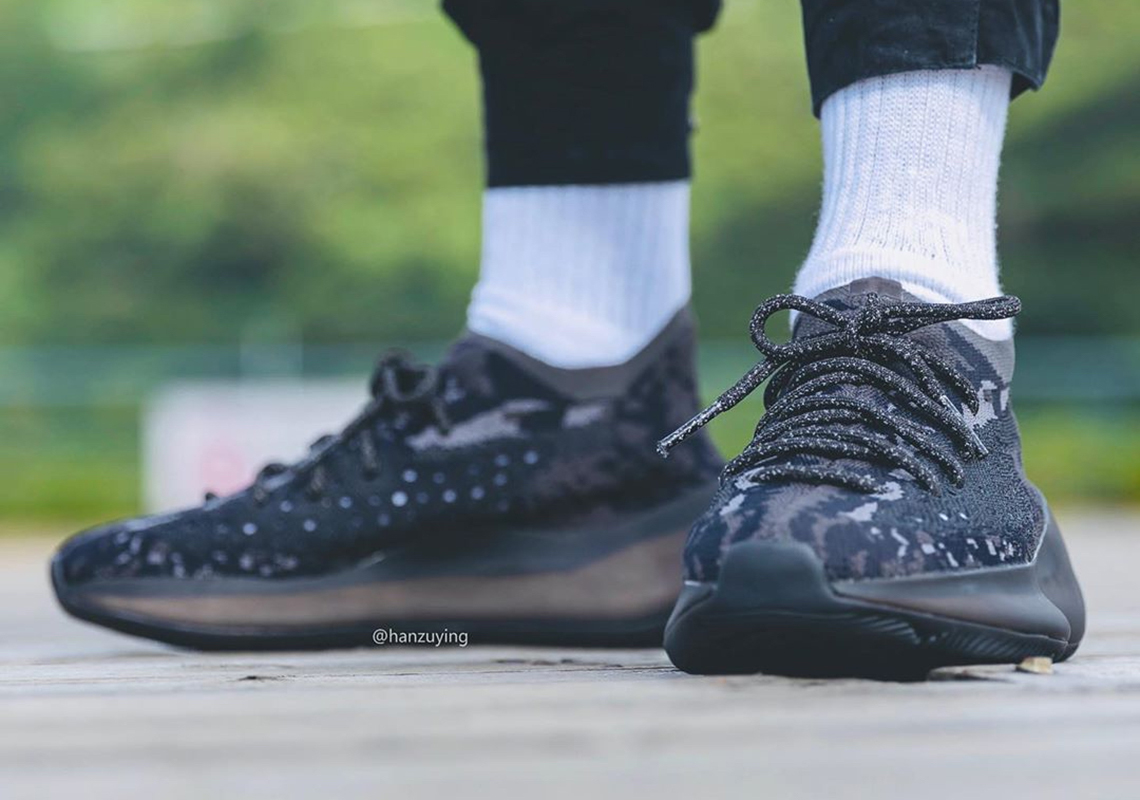 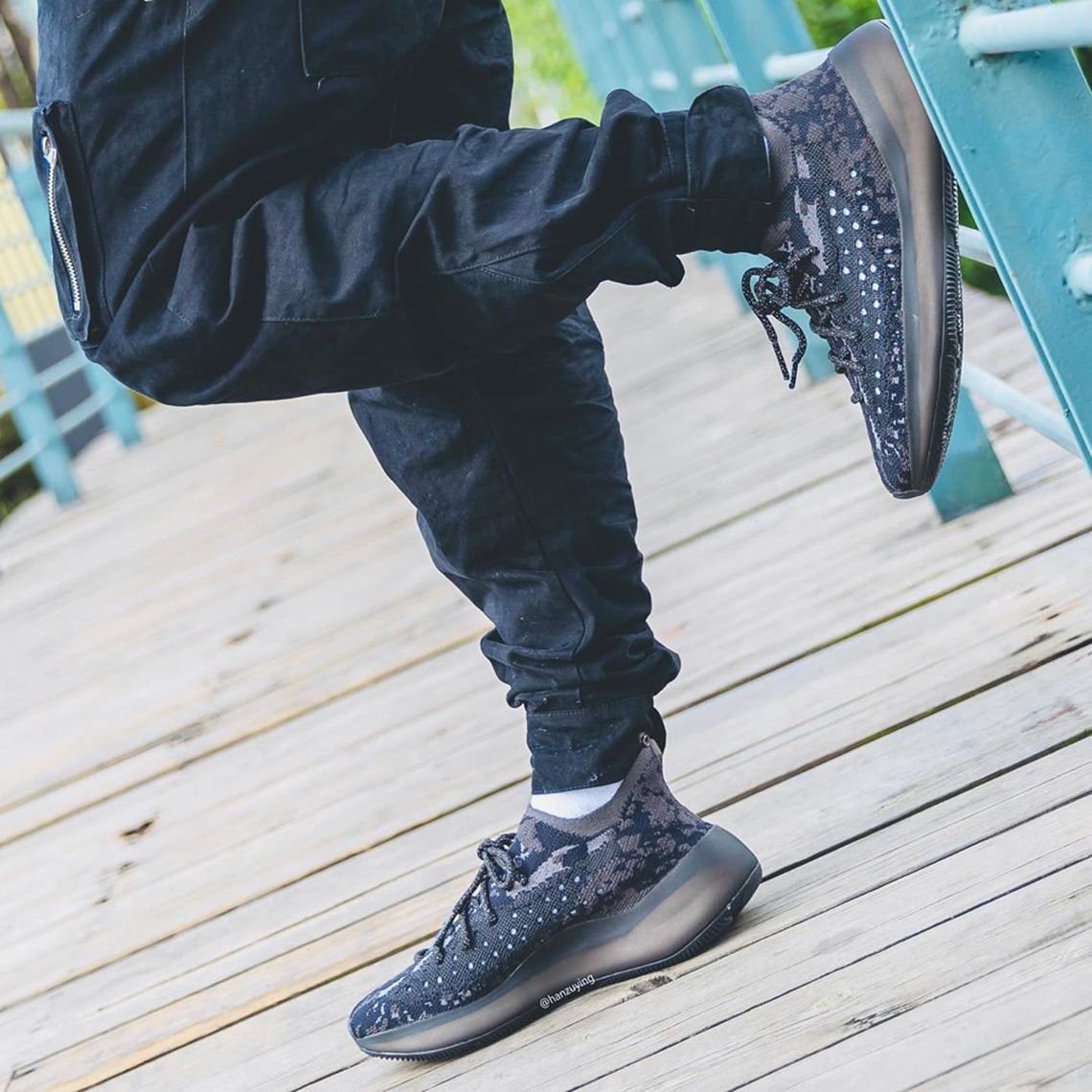 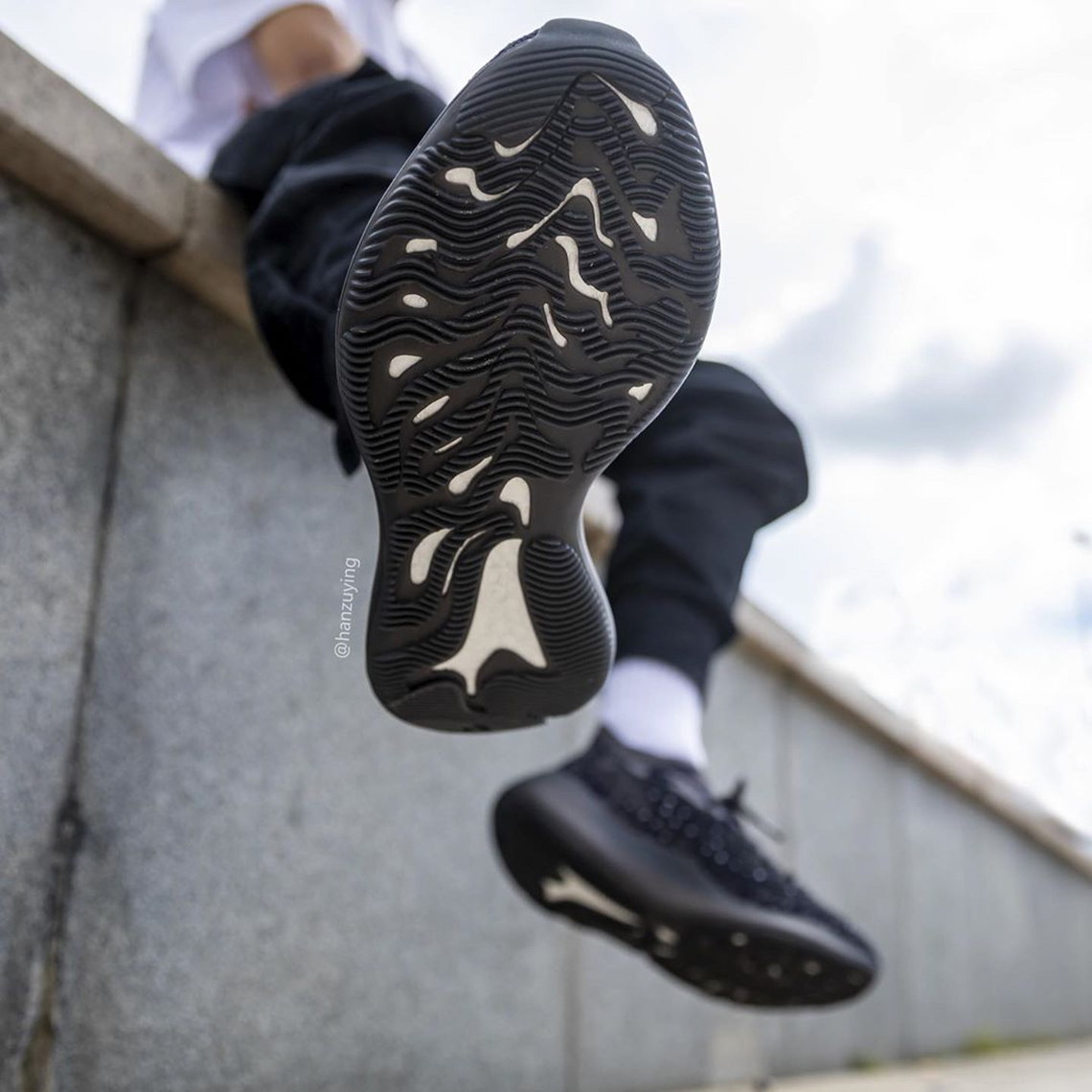 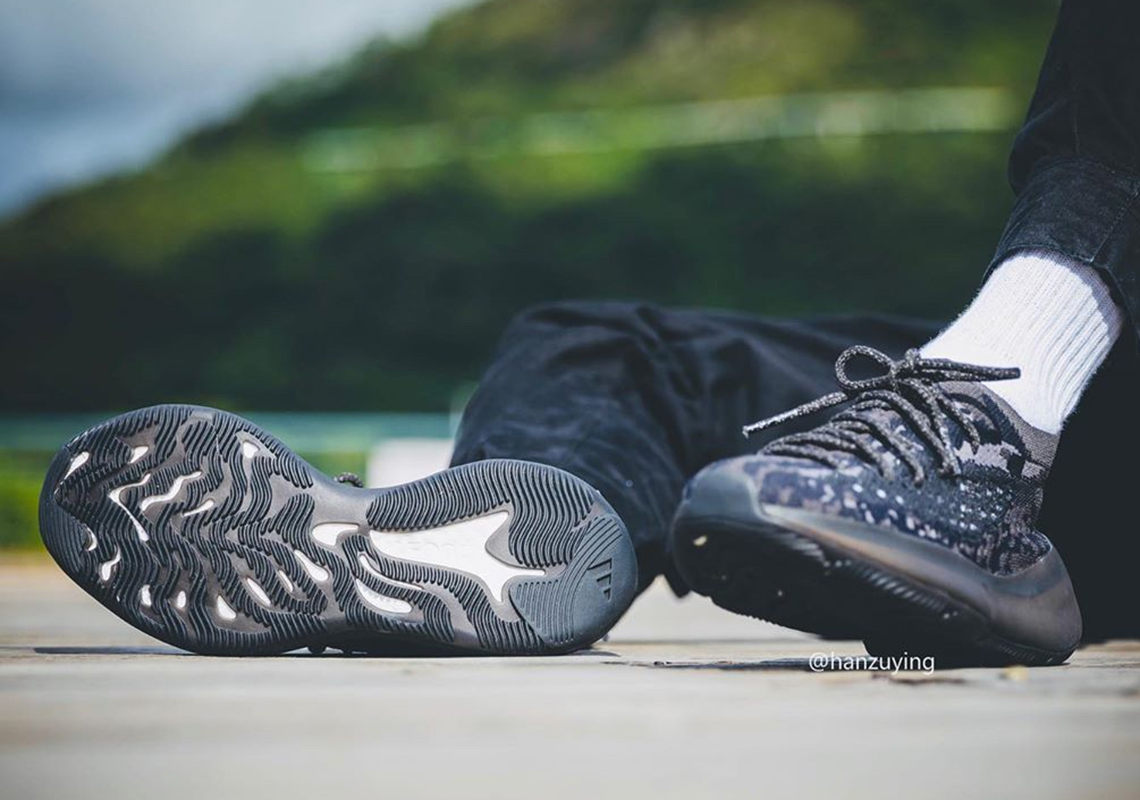 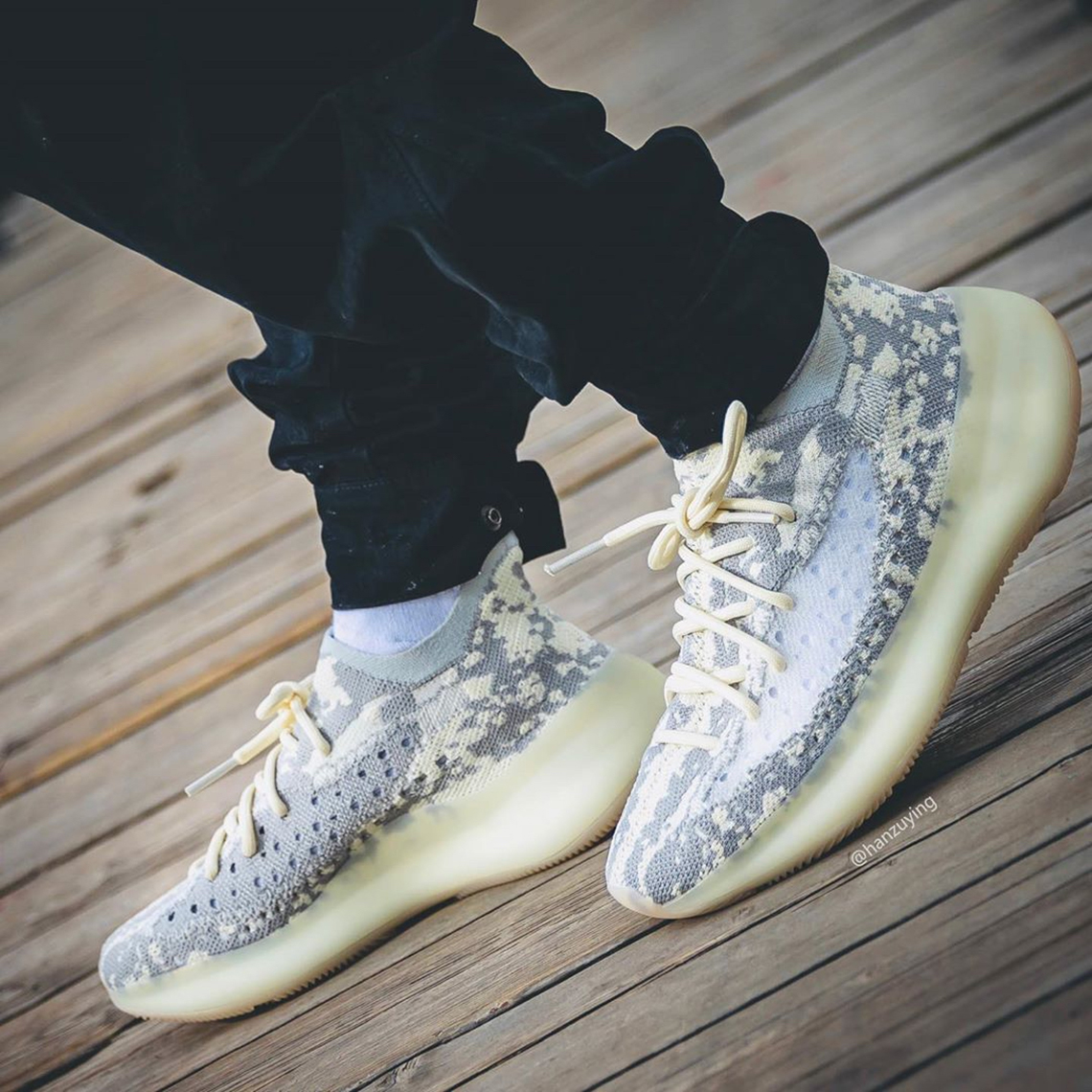 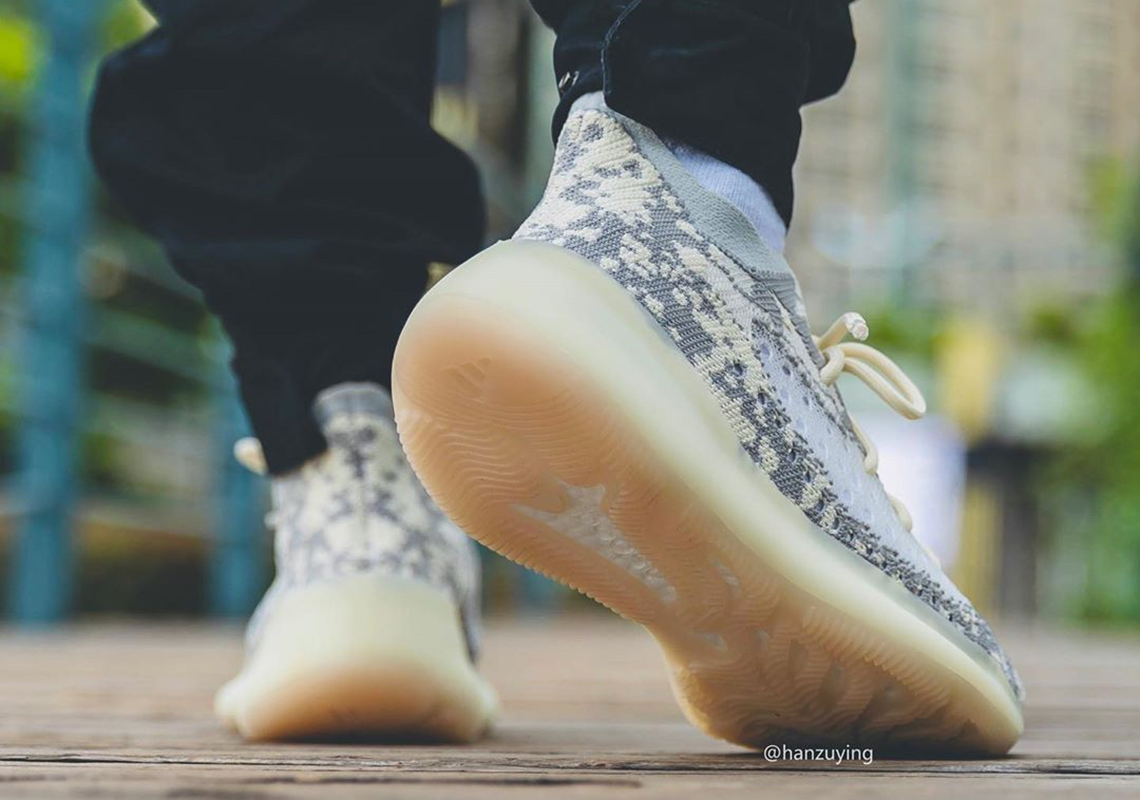