September is set to be a busy time for the adidas Yeezy line, and one of the new colorways that’ll help round off the back end of the month is the brand-new adidas Yeezy Boost 700 v2 “Hospital Blue.” As of late, the newest styles in Kanye West‘s ever-expanding Rodolex of adidas footwear have differentiated themselves from previous models by making slight material and texture tweaks. That ethos is continued here on the “Hospital Blue,” which uses a full suede construction for its overlays instead of the suede-and-leather mix that we’ve seen on most previous Yeezy 700 v2s. From the suede top layer to the woven mesh base, almost the entire upper of the shoe is dressed in a bluish-grey shade, with small touches of silver synthetic and soft grey lace loops offering the only deviations. Down below, the midsole introduces some metallic silver hits into the mix on the heel and rear half’s signature elongated ovals, while a white Boost footbed and black outsole finalize the look. The Yeezy Boost 700 v2 “Hospital Blue” is set to release on September 28th for $300 USD, so enjoy official images here and stay tuned to our Yeezy 2019 Release Preview page to see what else ‘Ye and the Trefoil Brand have on the way over the fall months. 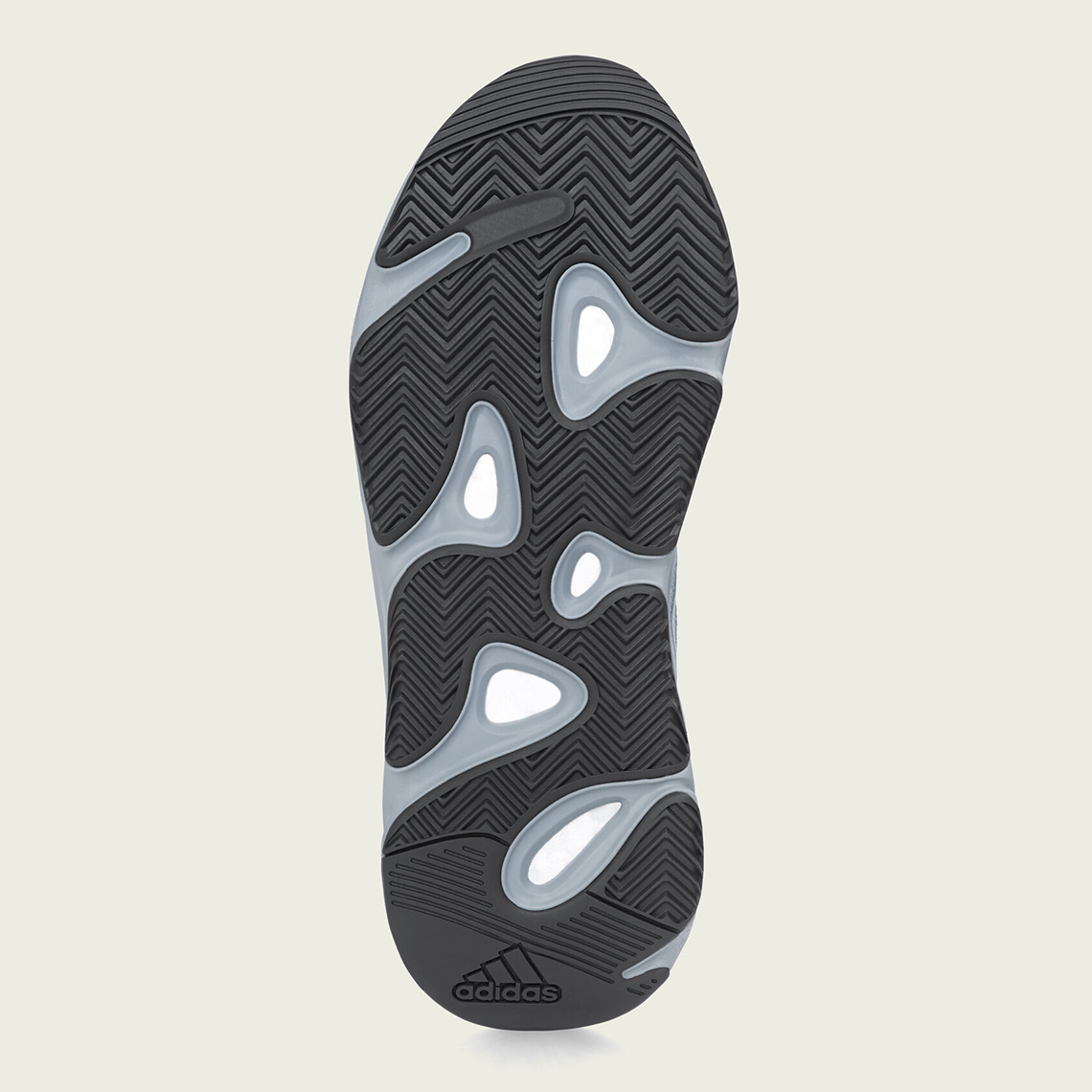