Consistently arriving in two parts as of late, the Yeezy Boost 350 v2 further expands its breadth, dressing it both up and down in schemes familiar and utterly surprising. While we’re soon to see its light blue touch-up dubbed “Cloud White,” it’s the “Citrin Reflective” that may be the most true to the brand itself, harkening to the earth tones of past notables though in a framing unique to its own. Form, which is almost untouched, bear standard sole units of the slightly translucent tan with bottoms opting for a fan favorite gum tone; these only elevate the Primeknit upper whose shade is slightly greyed with small hints of a extremely light brown. Striped detailing down the profile segment with contrast, following slightly in the presentation of the silver reflective notes that scattered across much of the thread. Grab an official look at the pair right here and find it rolling out to select retailers as well as adidas.com on September 24th. 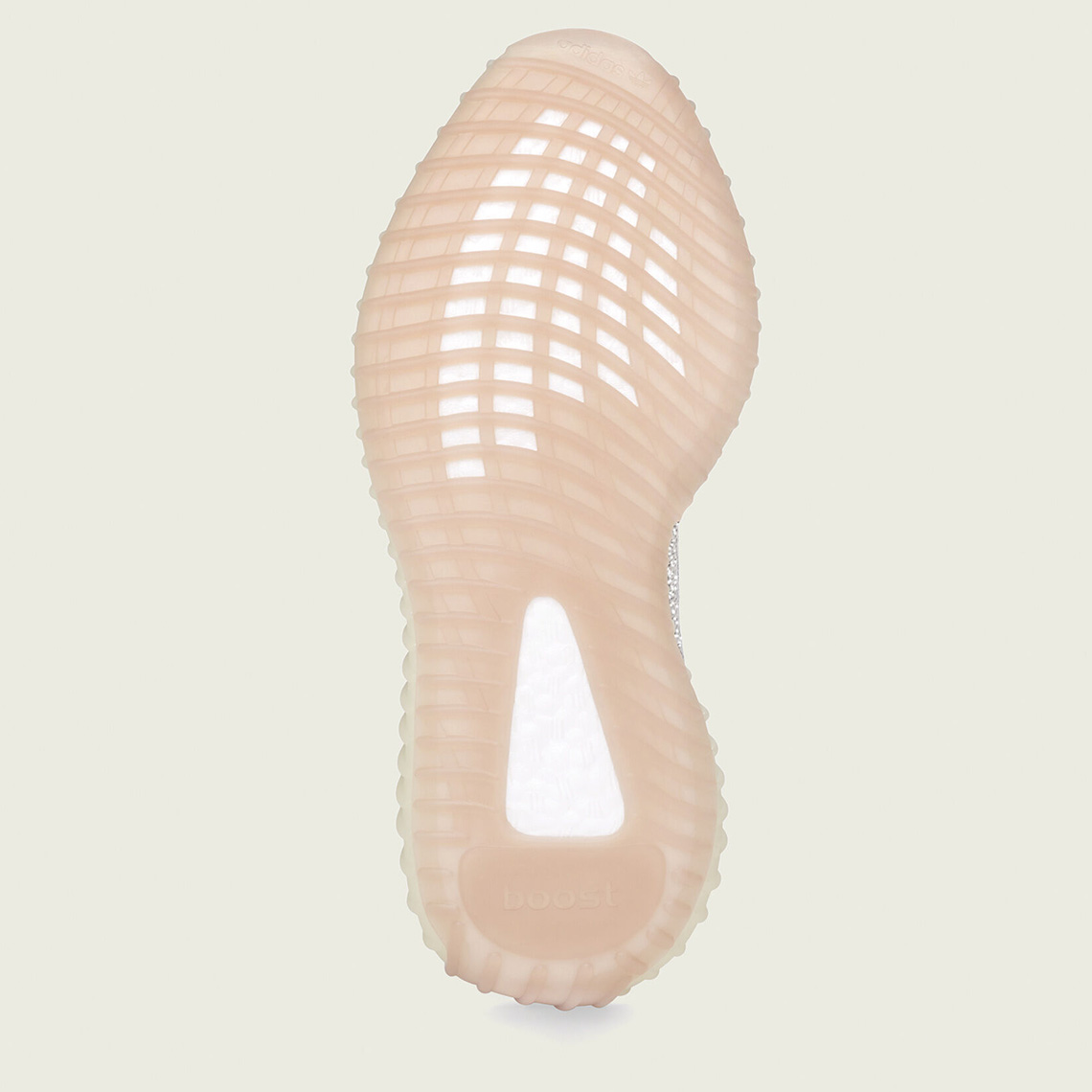