In an interview with Forbes magazine last year Kanye West revealed to the world an insane smorgasbord of adidas Yeezy samples that gave us great insight into how much creative control the multi-hyphenate possesses with the Three Stripes. And just based off of the high volume of adidas Yeezy 350s that have already hit the market, it’s crazy to imagine how many are either on the way or just simply never received the green light to get mass produced. But today, as revealed thanks to @yeezymafia, it appears that Ye and his adidas camp had this translucent multi-colored rendition in mind for his closest family and friends. At base, these closely resemble that of the “Triple White” colorway from 2017, but the uppers have been decorated with an almost-camouflage pattern presented with various hues of pastel blues, reds, and yellows. Additionally, the laces also follow suit with translucent materials which is the first time we’re seeing this feature. Enjoy a first look here below, and stay tuned to see if these ever plan on getting a public release.

In other news, the Tyrian Yeezy 500 releases tomorrow. 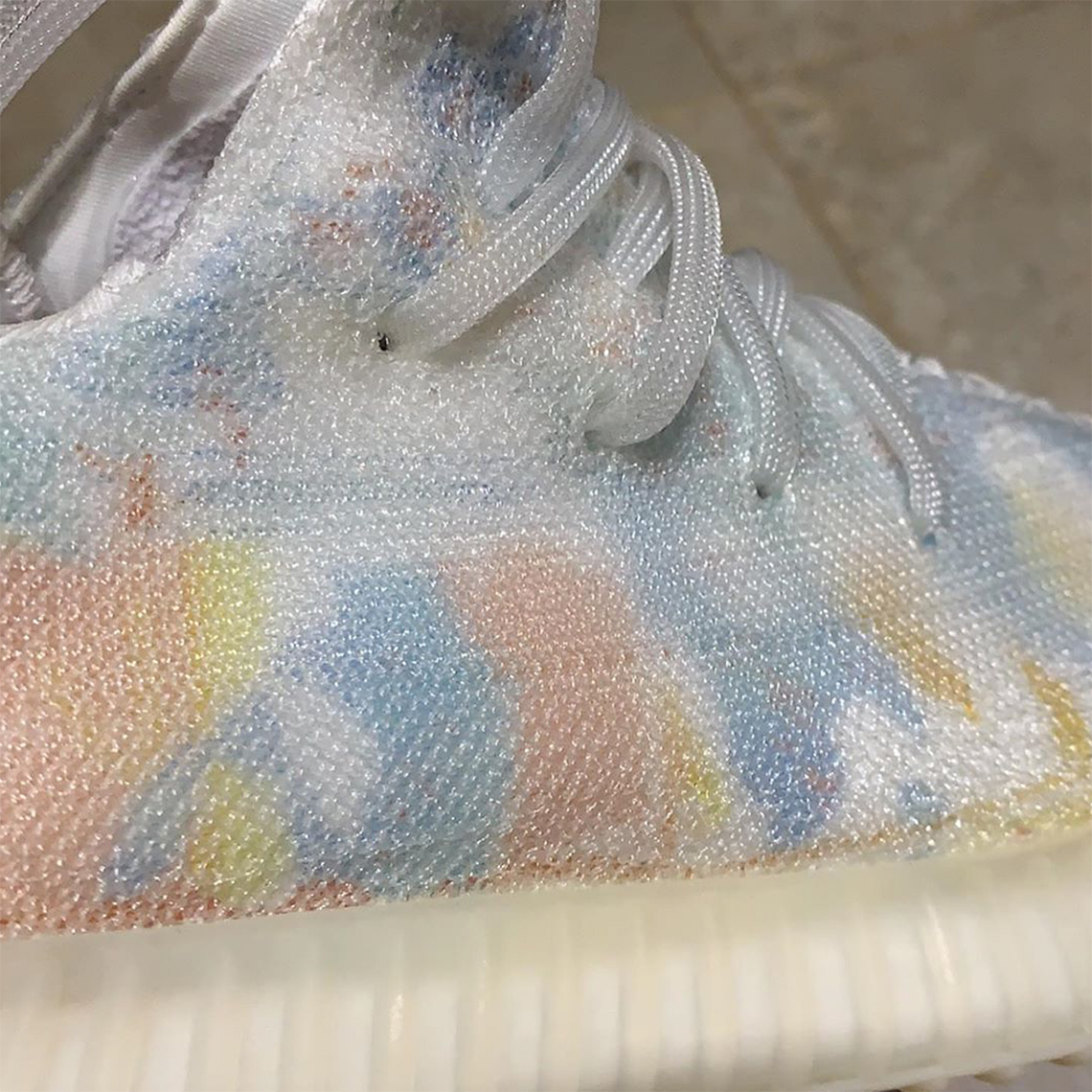