Naming confusion aside, the follow up to the 350 throne — once the v3 and now the adidas Yeezy Boost 380 — has most recently become the biggest topic of conversation regarding the line-up, with leaked looks arriving every-so-often and news surfacing on a possible drop at Kanye’s now finished Jesus is King pop-up. Only a few weeks out from its official release date, we’re finally able to catch one of the first detailed looks of the “Alien” colorway owed to an extremely early sample prior to any marketing changes. Box, tag, and style codes aside, the construction of the shoe itself from old to new namesake is largely the same. Weave patterns as well as the enhanced sole unit retain the DNA of the model thus far though in a look much bulkier aesthetically; curved bottoms with intricate outsole molds shroud the Boost tech within while the divergent stripes of the v2 just above remove partially for an open knit segment sparse in any patterns. The rest of the upper, except for the ankle and laces, are doused in an almost camo-like mixture of two neutral shades in direct contrast to the green tint of the sole’s side walls. Grab a good look at this v3 sample here and expect to see the 380 release later this month at adidas.com on November 16th.

Where to Buy (Aftermarket) 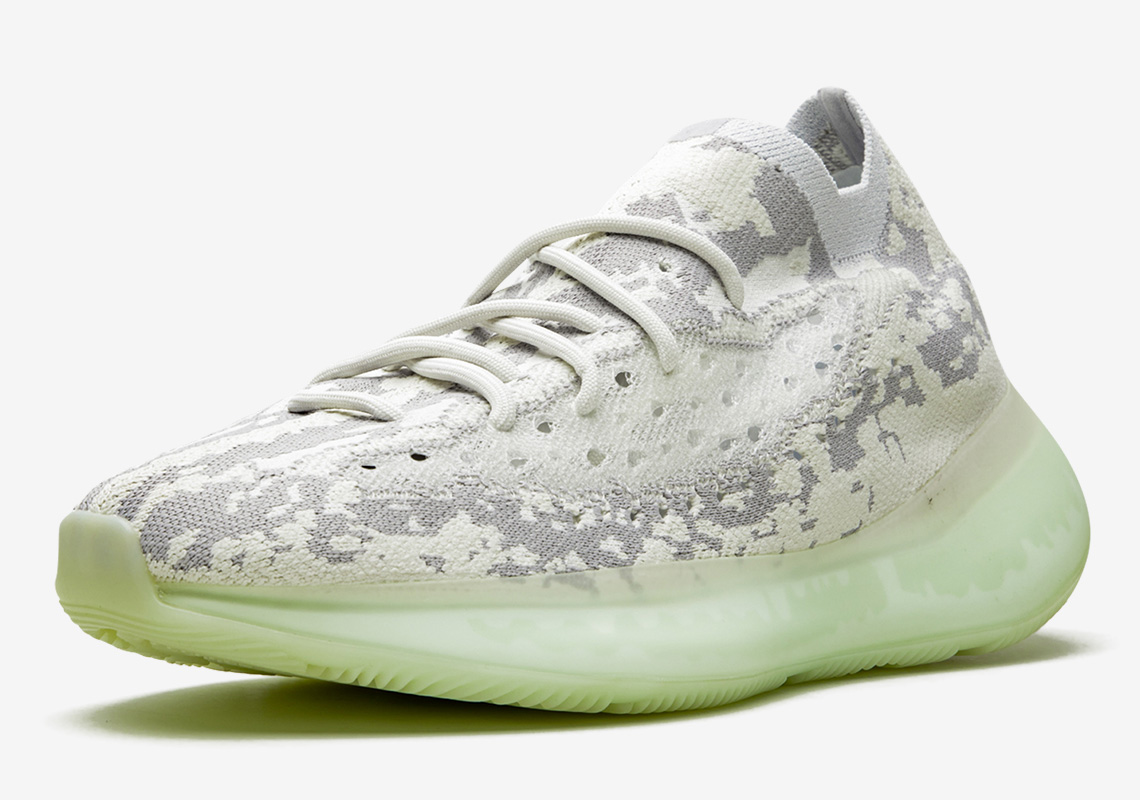 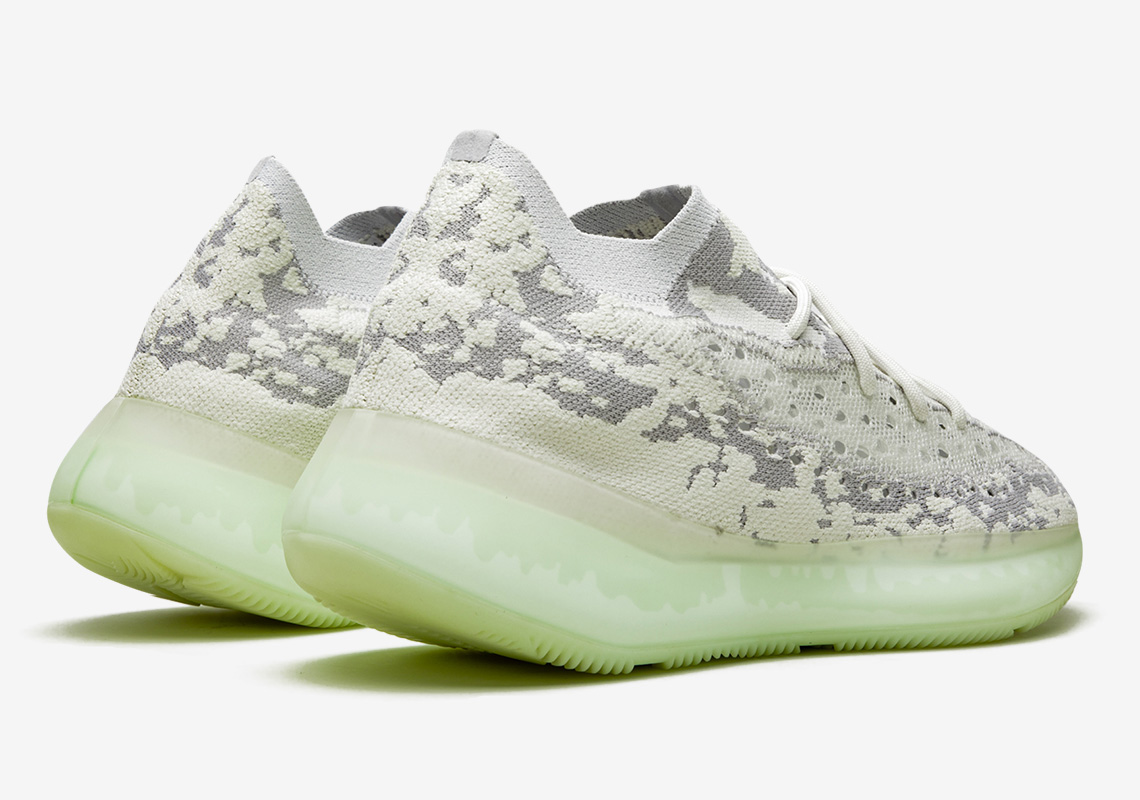 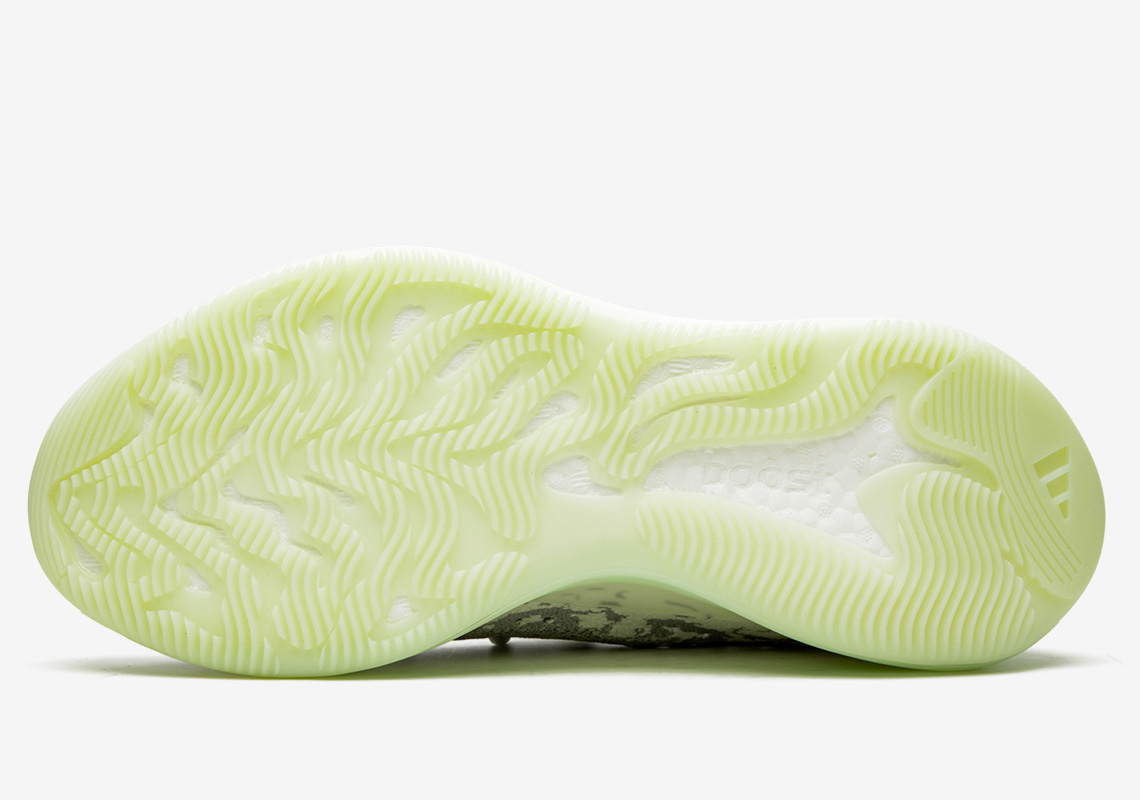