Japanese retailer/label BEAMS has been privy to several exclusive drops from Nike, and their lead buyer may have leaked what’s next in their channel private issues. sng1980 of BEAMS revealed a never-before-seen iteration of the React Presto in a haphazard colorway that presents a haphazard color-blocking on the medial side and a subdued white/grey on the lateral. Additionally, his shots reveal a new illustration planted on the insole that mirrors the same dual personality of the shoes, while a side-by-side with the Nike Presto “Greedy”, previously a BEAMS exclusive, suggests that this will also be available through their doors only. On a larger scale, the Nike React Presto is set to drop on May 16th in a slew of colorways, so peep these specialities below and stay tuned for updates. 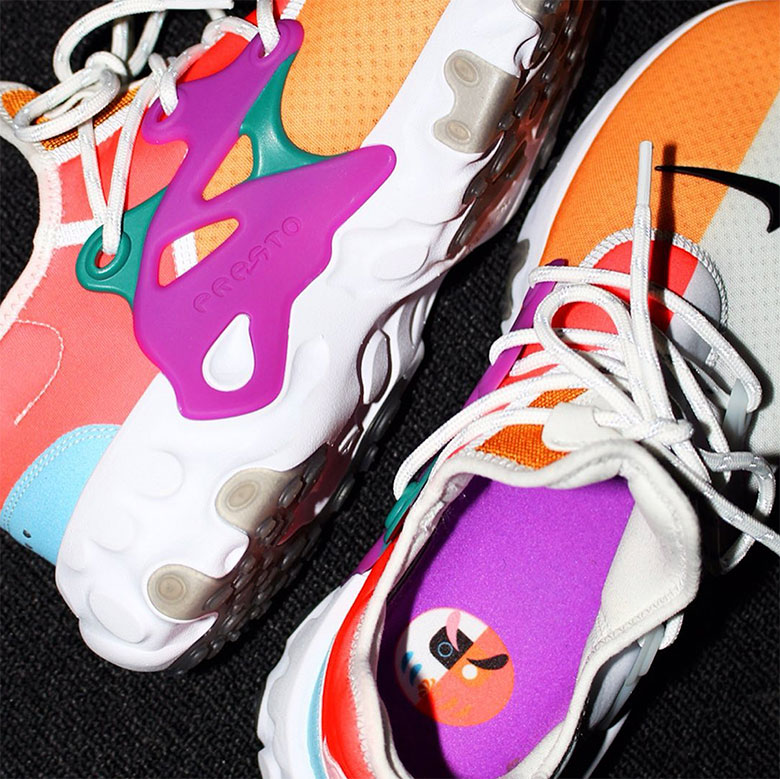