Concepts has another collaboration with New Balance which will be on the 997S Fusion which is inspired by the rivalry between the Boston Red Sox and New York Yankees.

This collaboration is officially known as ‘Esruc’ which is a tribute to the curse of the Bambino. For those that don’t know about the curse, it started when the Red Sox sold Babe Ruth to the Yankees back in 1920.

Concepts has dressed this New Balance 997 variation up in blocking that represents the posters for the Broadway musical No, No, Nanette. Many would think that this pair would have a Red Sox or Yankees theme. Highlighted with a Magenta pigskin suede across the upper along with Pink and Orange accents. In addition we have an ENCAP Reveal midsole and Reflective accents. Other details includes special insoles and packaging while it comes with extra laces.

You can expect the Concepts x New Balance 997S ‘Esruc’ to release exclusively at Patta London on June 28th. Following a stateside launch will take place this Friday, July 5th in-store at both the Boston and New York location and online at cncpts.com at 11AM ET. Retail price is set at $200. 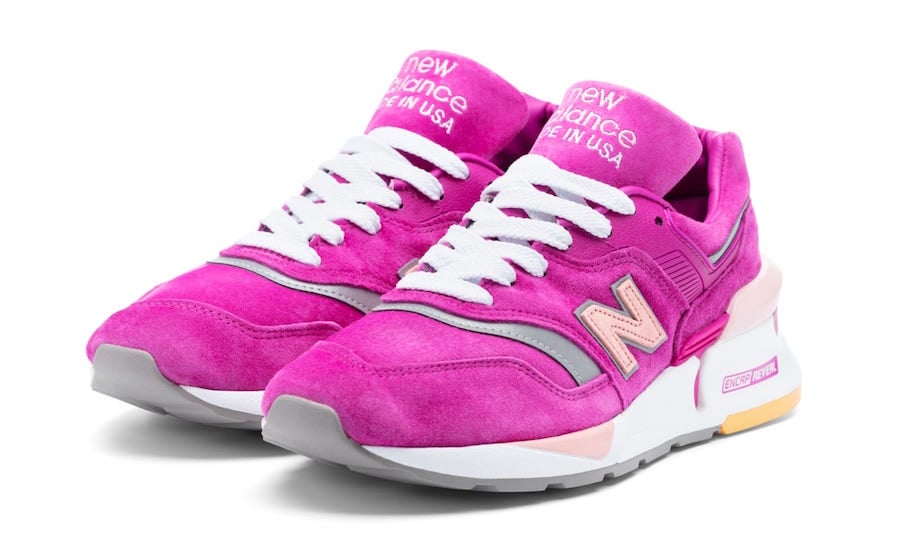 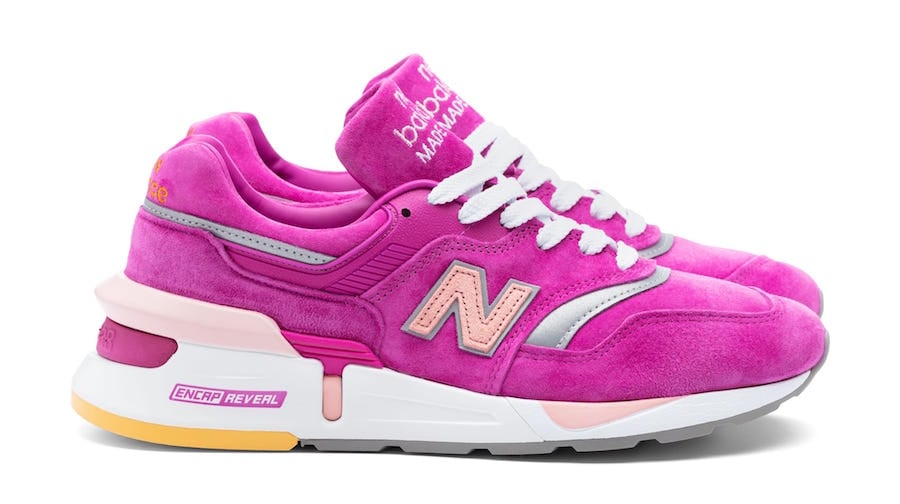 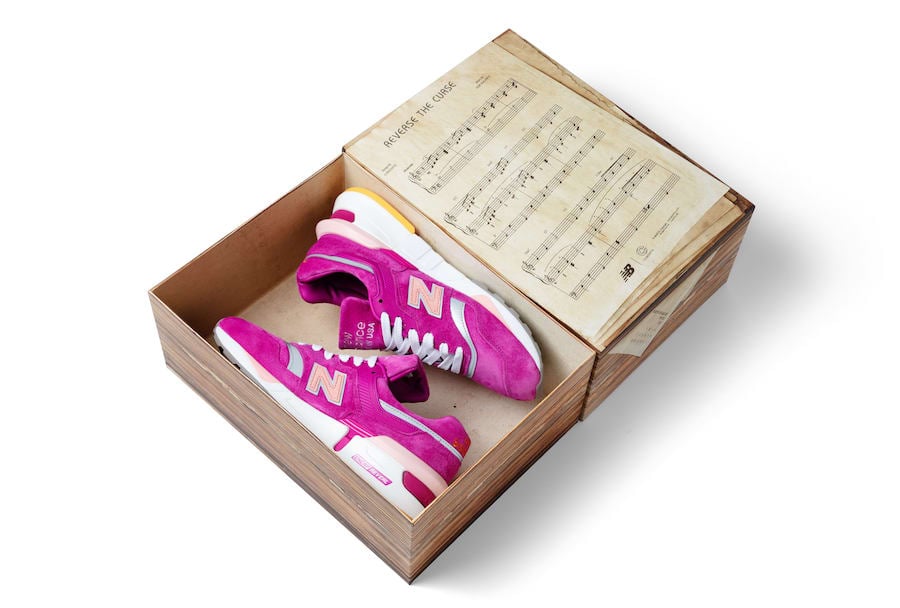 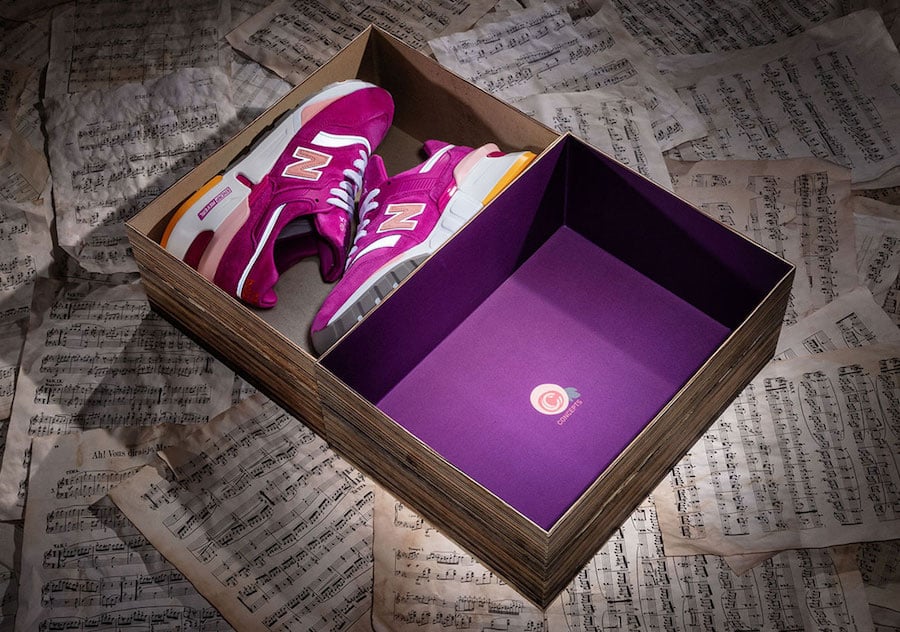 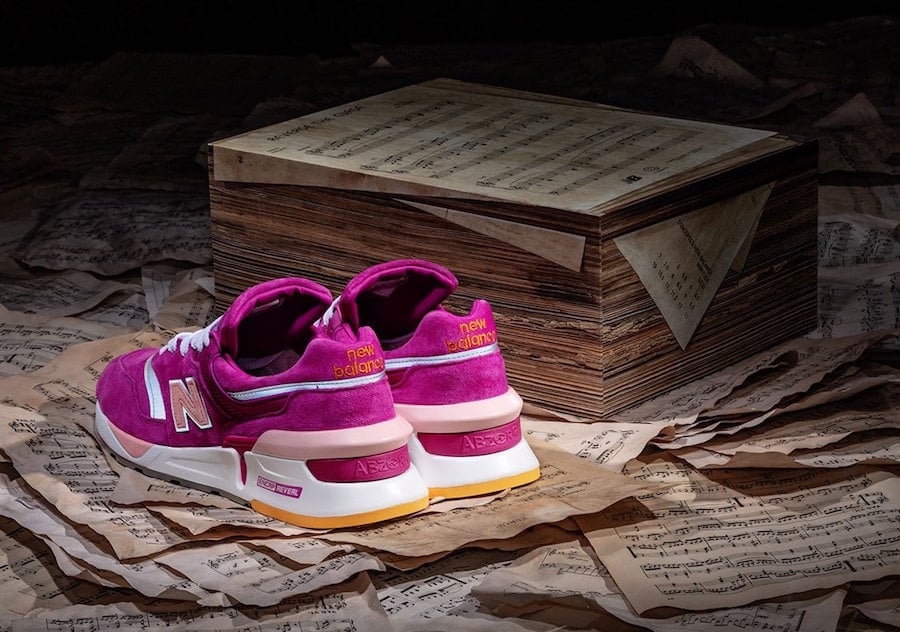 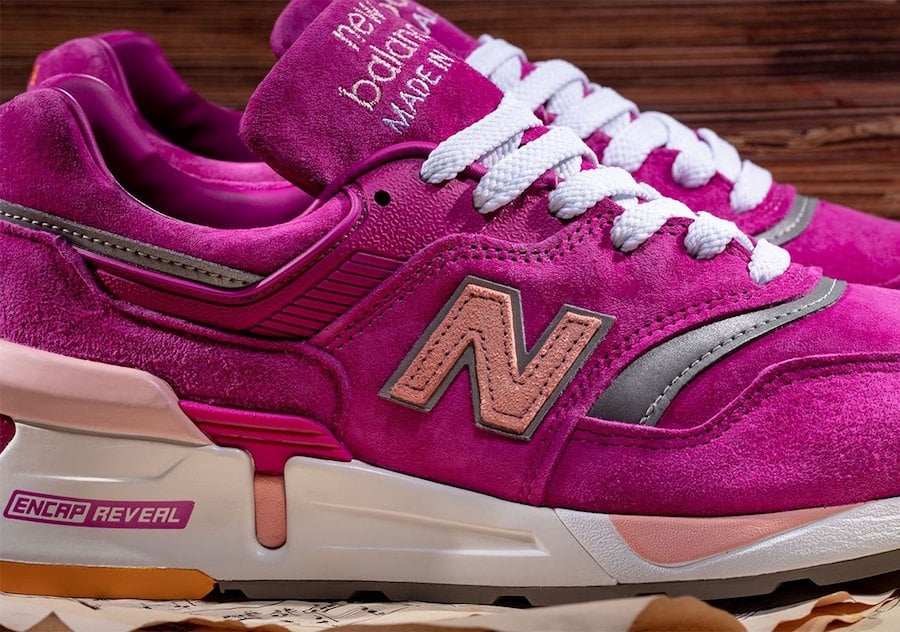 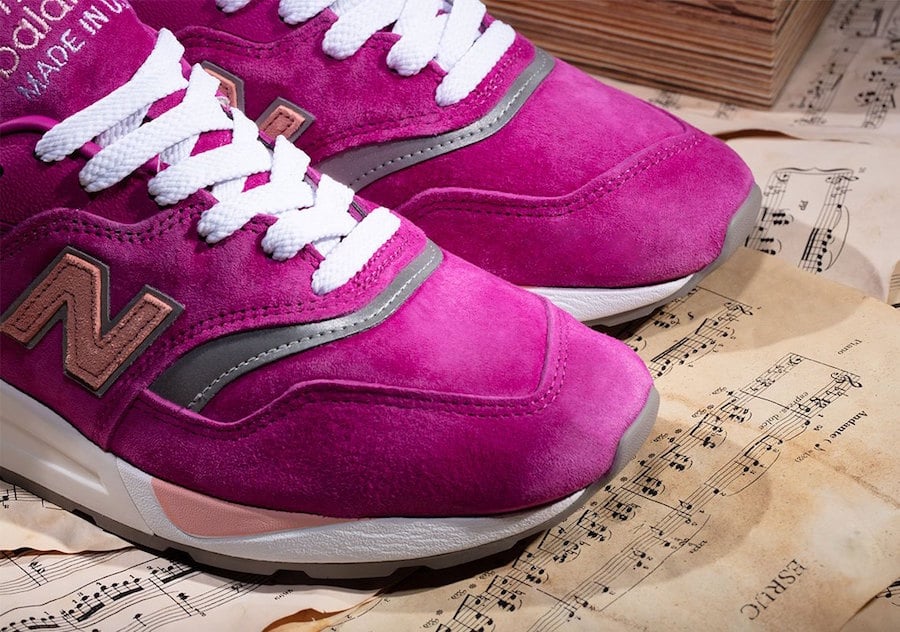