The Dragon Ball Z x adidas collection is real. After some very early rumors last year, we are finally seeing some of the new colorways in hand. The ZX500 was the first to surface, now we have a look at Cell’s Prophere, coming in September.


The adidas Prophere first made its debut at the beginning of 2018. The chunky silhouette was designed to stray away from the Three Stripes more popular models, and function as a more modern take on their chunky running roots. Now, we have our first look at the most exciting colorway yet, themed after Dragon Ball Z’s Cell. The shoe features a black and green patterned upper made to resemble the alien’s skin, matched with purple lining and detailing to complete the look. The latest images also give us our first look at the adidas x DBZ shoe box, which will feature a sliding closure and Dragon Ball motifs around the outside and inner lining. Unlike other DBZ variations of adidas sneakers we’ve seen so far, the “Cell” Prophere does not prominently feature logos and markings from the shoe, instead opting for the presence of a single Dragon Ball on the inside of the tongue.

The Dragon Ball Z x adidas Prophere is anticipated to release in September 2018, though a release date has yet to be confirmed. The “Cell” colorway will likely retail for around $150, launching from both adidas and select retailers. Check out the early images below for a better look, and stay tuned to JustFreshKicks for more adidas x DBZ news. 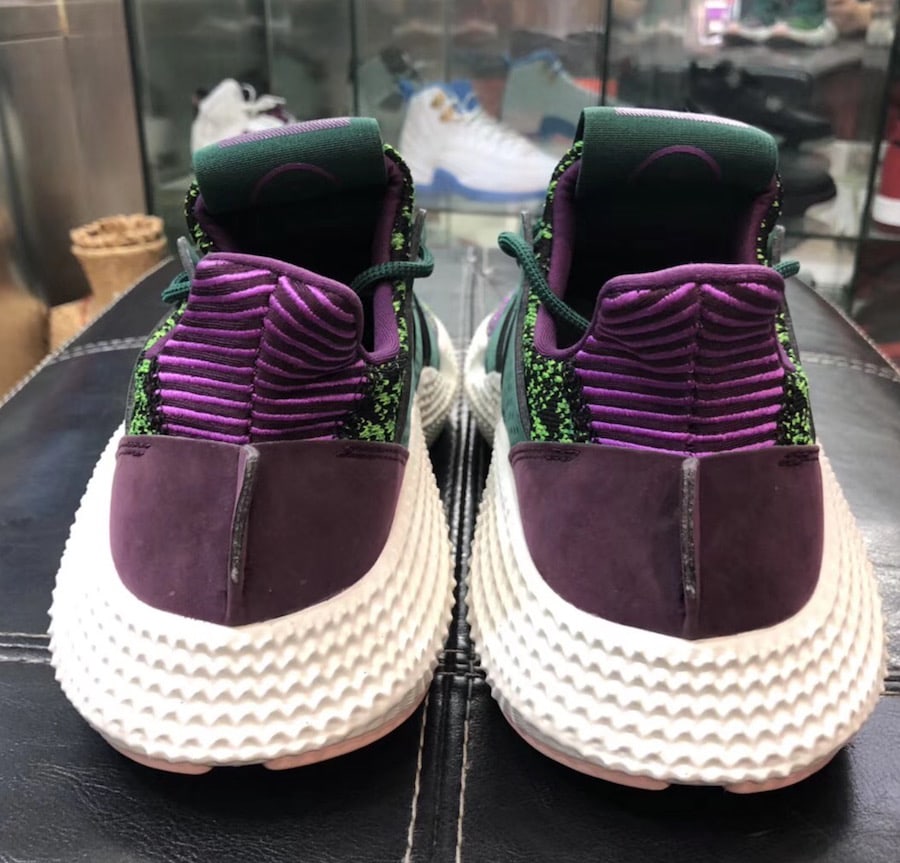 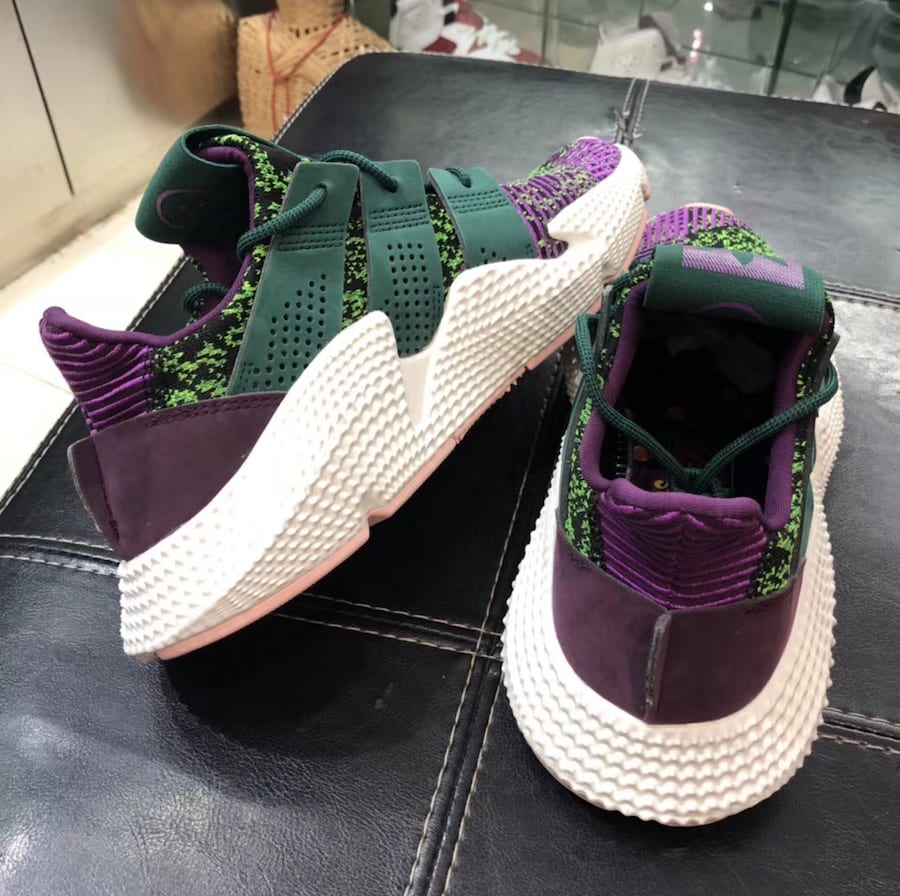 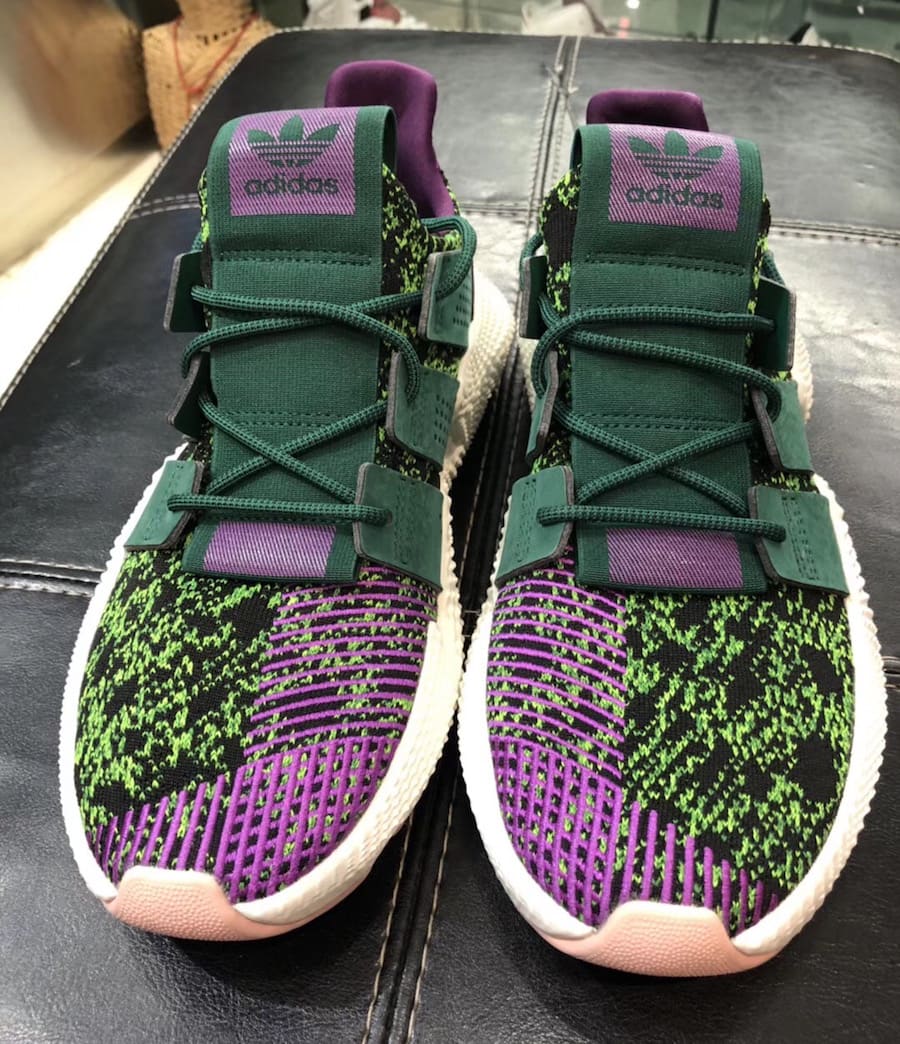 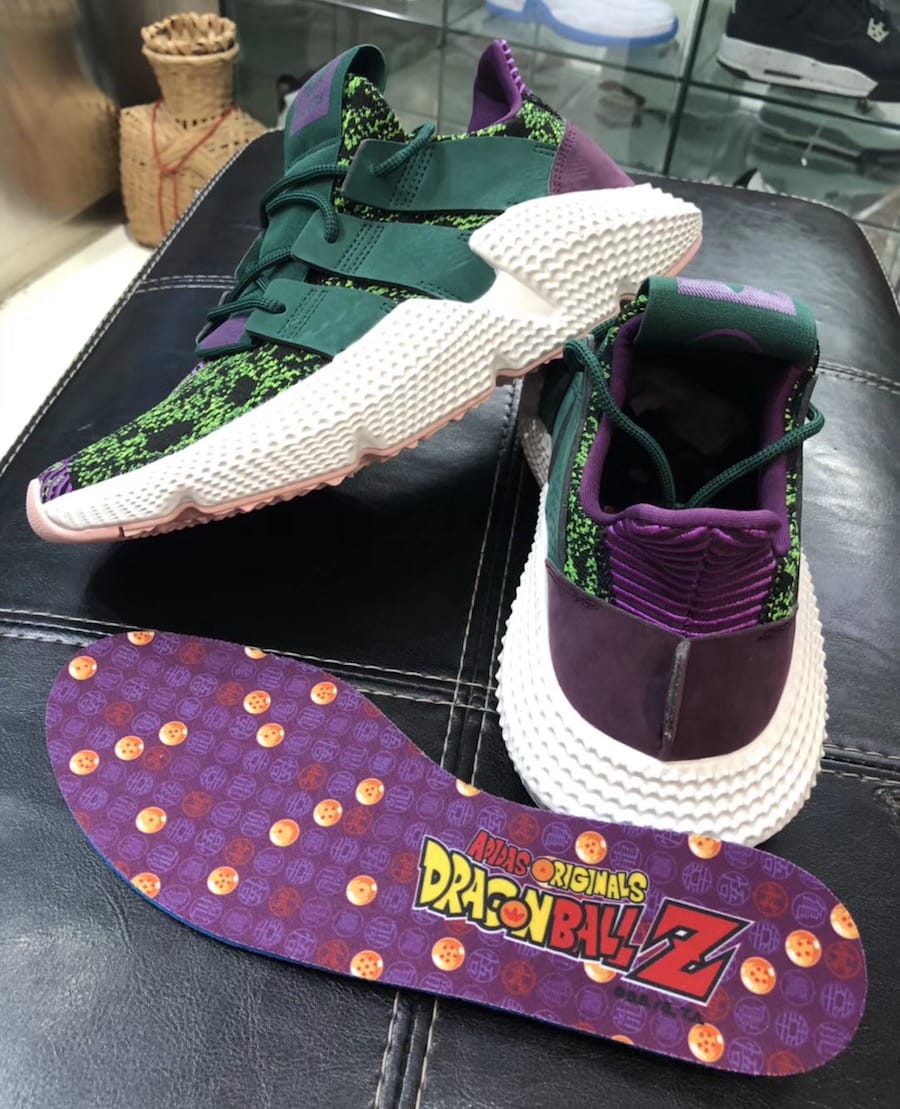 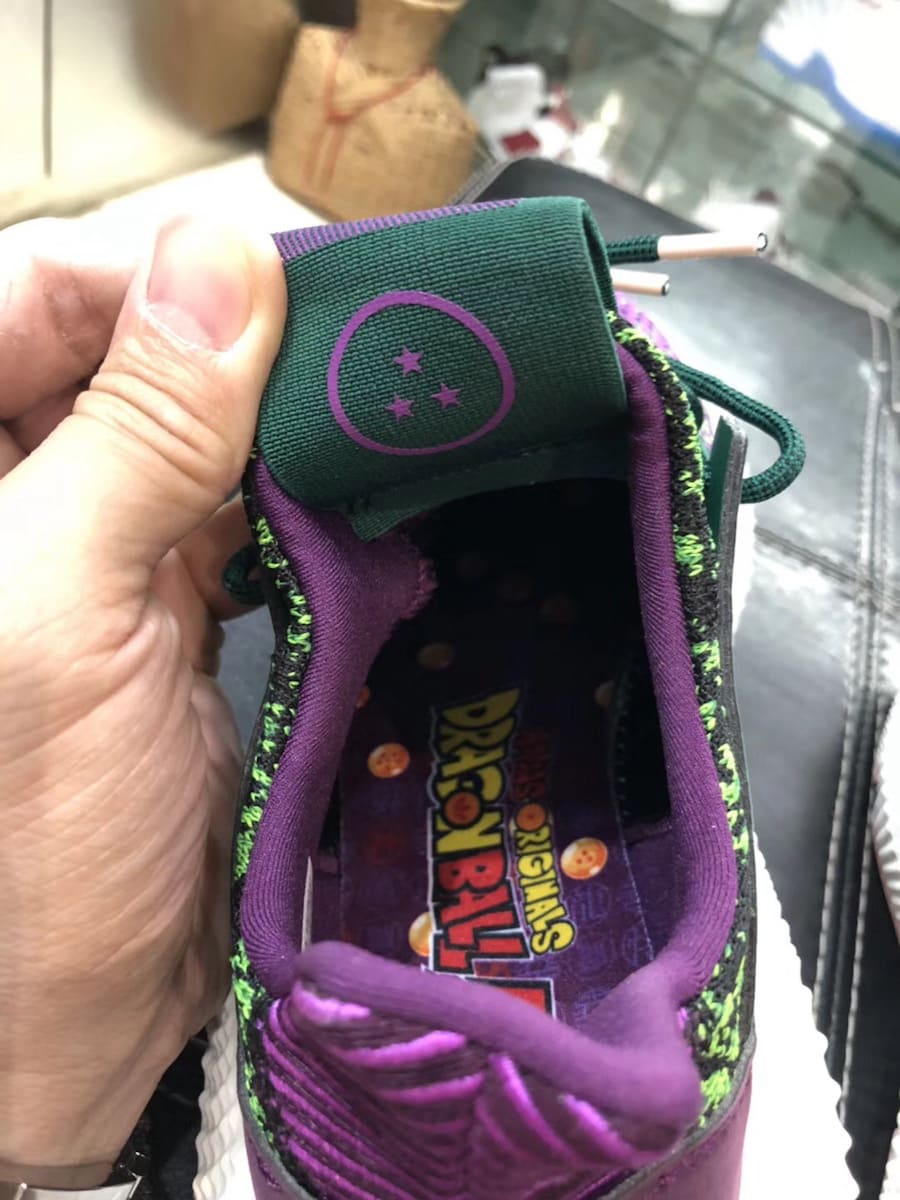