Nike’s utterly iconic Air Force 1 Low silhouette has been given just about every treatment and dressed in just about every color scheme under the sun. From countless reptilian textiles, to an array of camouflage-ridden aesthetics, the influential streetwear icon is as versatile as they come. Further flaunting the silhouette’s adaptability next is a unique gradient motif that combines two of the most sought after colors in sneakers, Metallic Silver and Metallic Gold. Starting at this creation’s tongue, a monarchial shade of gold begin to work its way toward the midfoot, encompassing the AF1‘s laces, dubrae, Swoosh and more, before it meets with a striking shade of silver that finishes the job on the majority of its toebox, mudguard, and the entirety of its sole unit. Set to arrive at retailers early next year, Swoosh heads looking to get futuristic with their next Air Force purchase should keep it locked for a firm drop date as we have it. 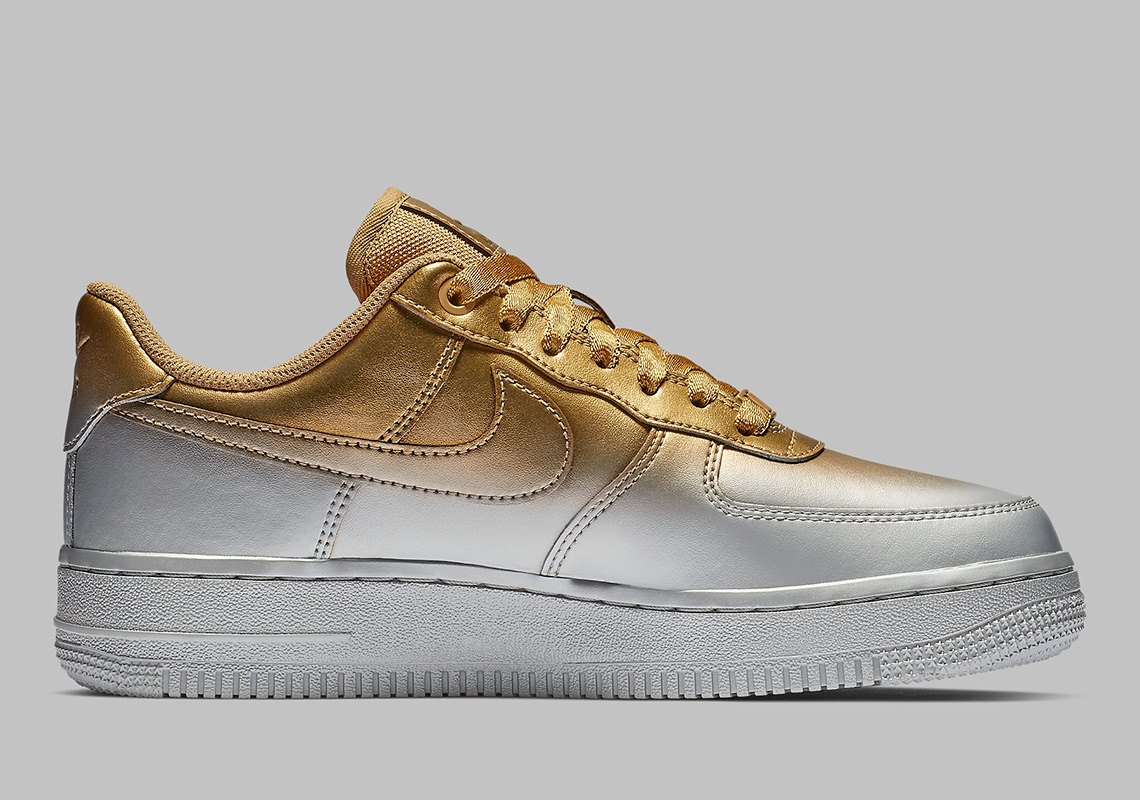 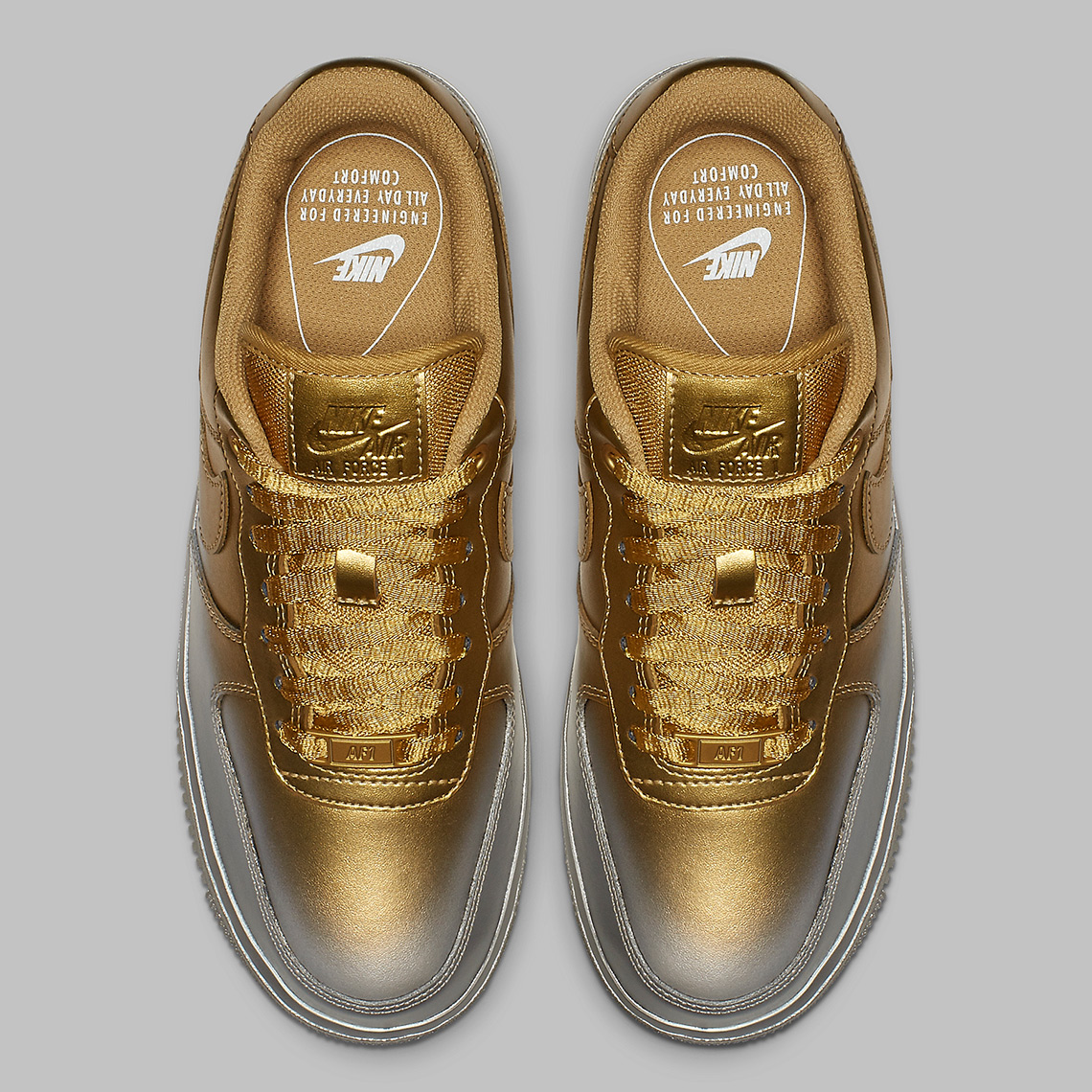 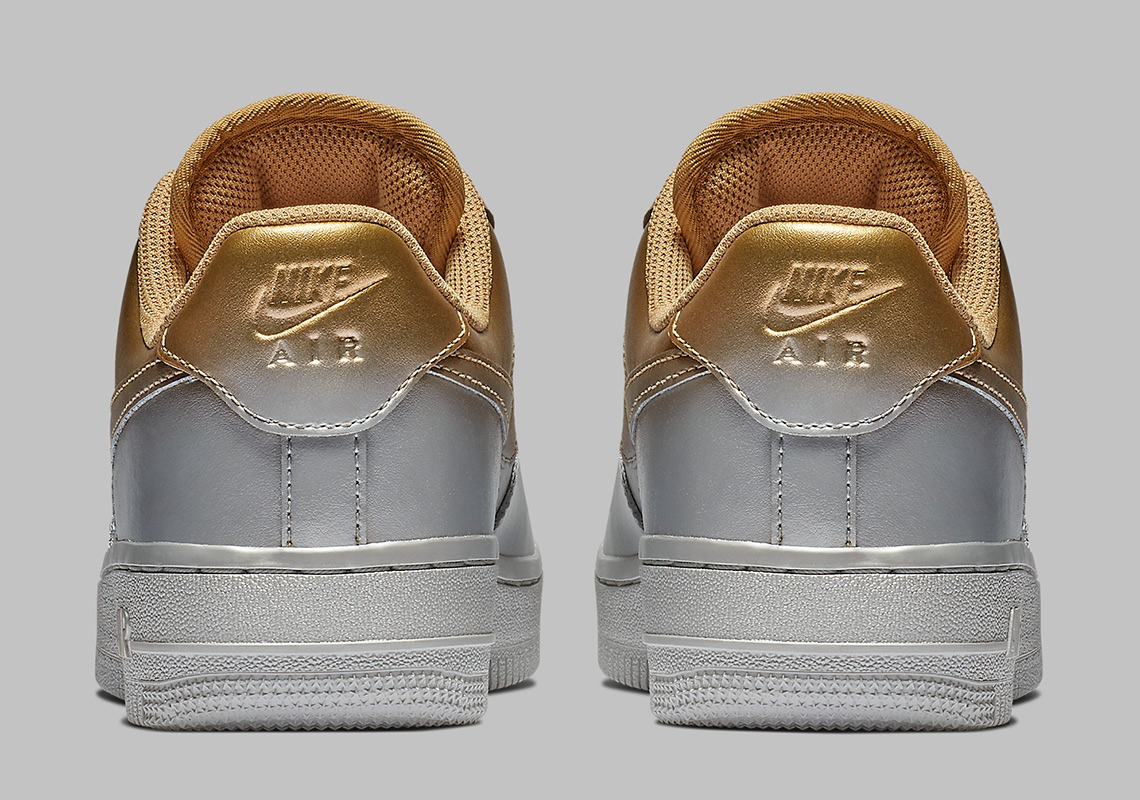 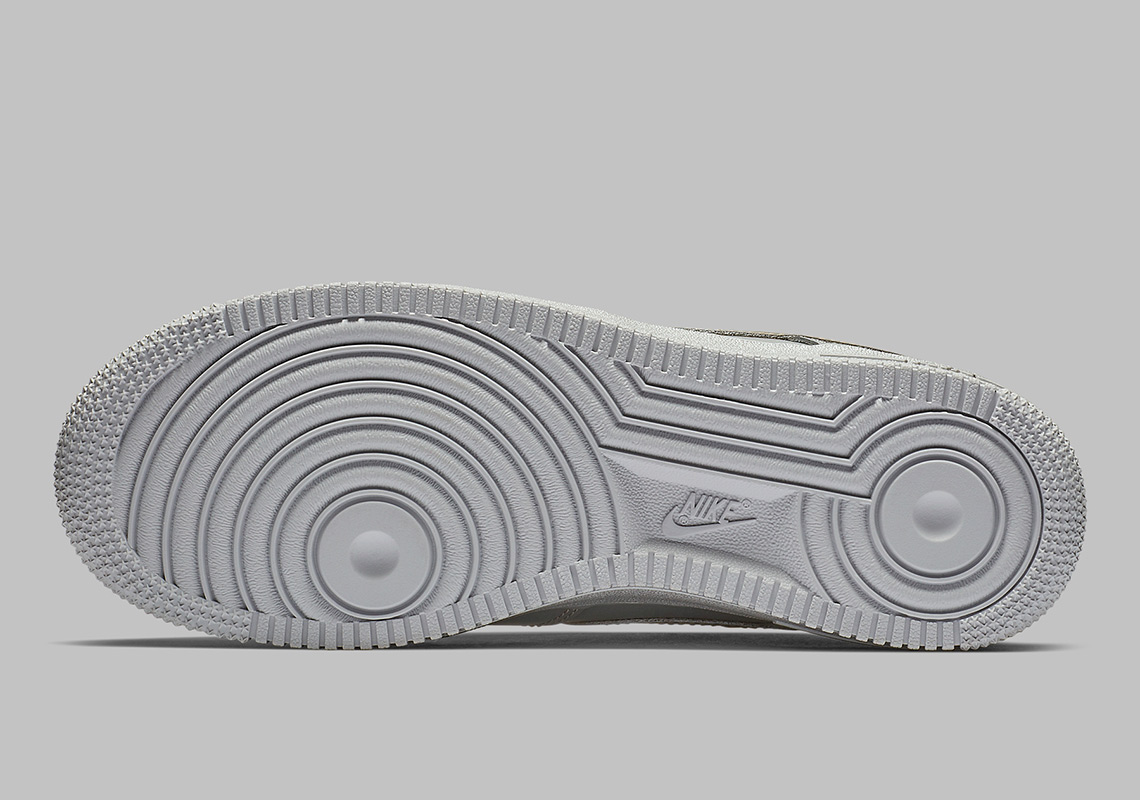