Although LeBron James‘s imposing presence is noticeably absent from the NBA Playoffs after a frustrating first season with the Los Angeles Lakers, his Nike LeBron 16 is soldiering on with new makeups, the latest of which is this “Remix” colorway. Following in the footsteps of the King’s “Glow In The Dark” pair and duo of “SuperBron” hybrids, the “Remix” is the fourth overall LeBron 3-inspired construction to hit his newest signature sneaker, and the third that’ll see a retail release. Originally a PE, the “Remix” arrangement was notable in that it combined multiple silhouettes into one, and that ethos is continued here with a generous helping of premium details. Black patent leather stretches over the white Battleknit upper, while regal red and gold accents appear on the flexible upper, Zoom Air-cushioned midsole, and grippy outsole for a kingly contrast. LeBron’s initials are embroidered on the medial toebox, and his signature Dunkman logo appears in opulent fashion on the outsole to complete the look. With a style that’s both familiar and futuristic, this new makeup is sure to be a hit among Kig James fans and basketball shoe aficionados alike, and it’ll arrive at the retailers listed below on April 30th for $200 USD. 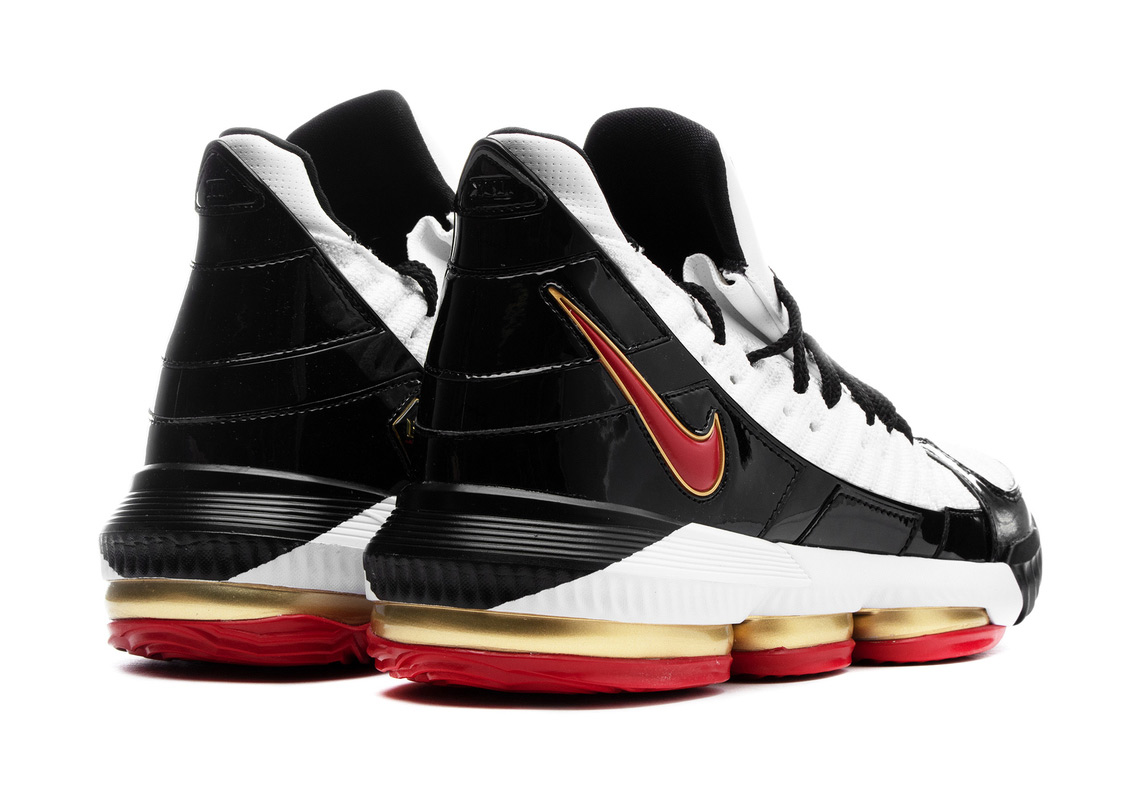 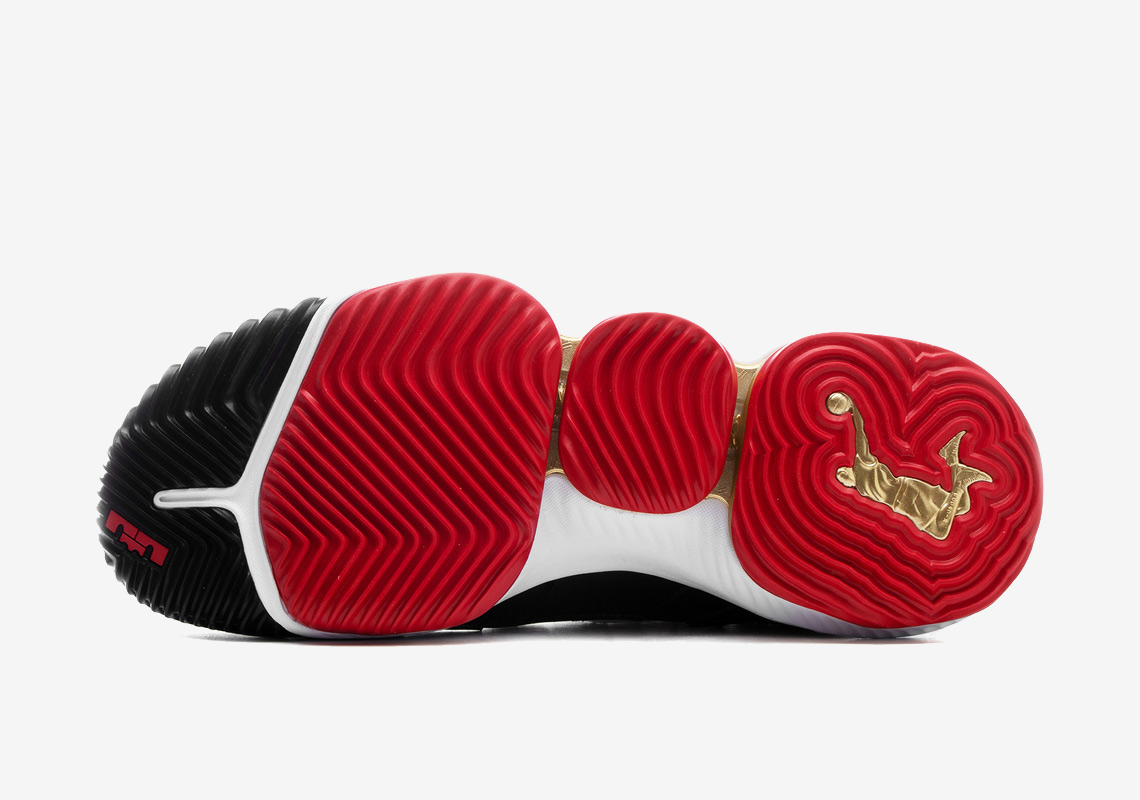 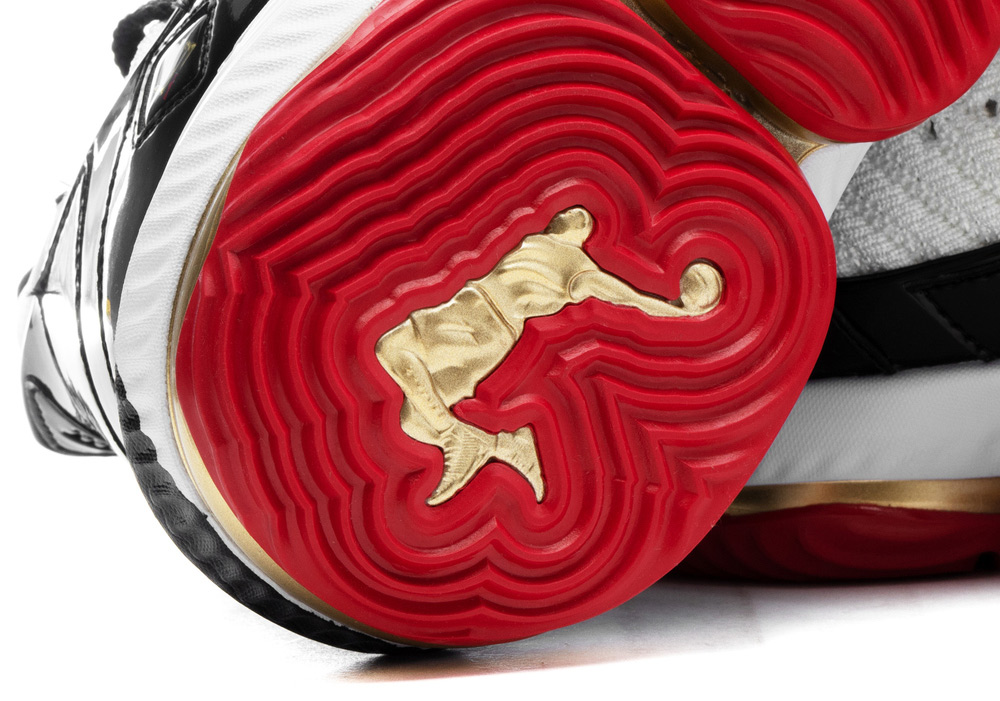 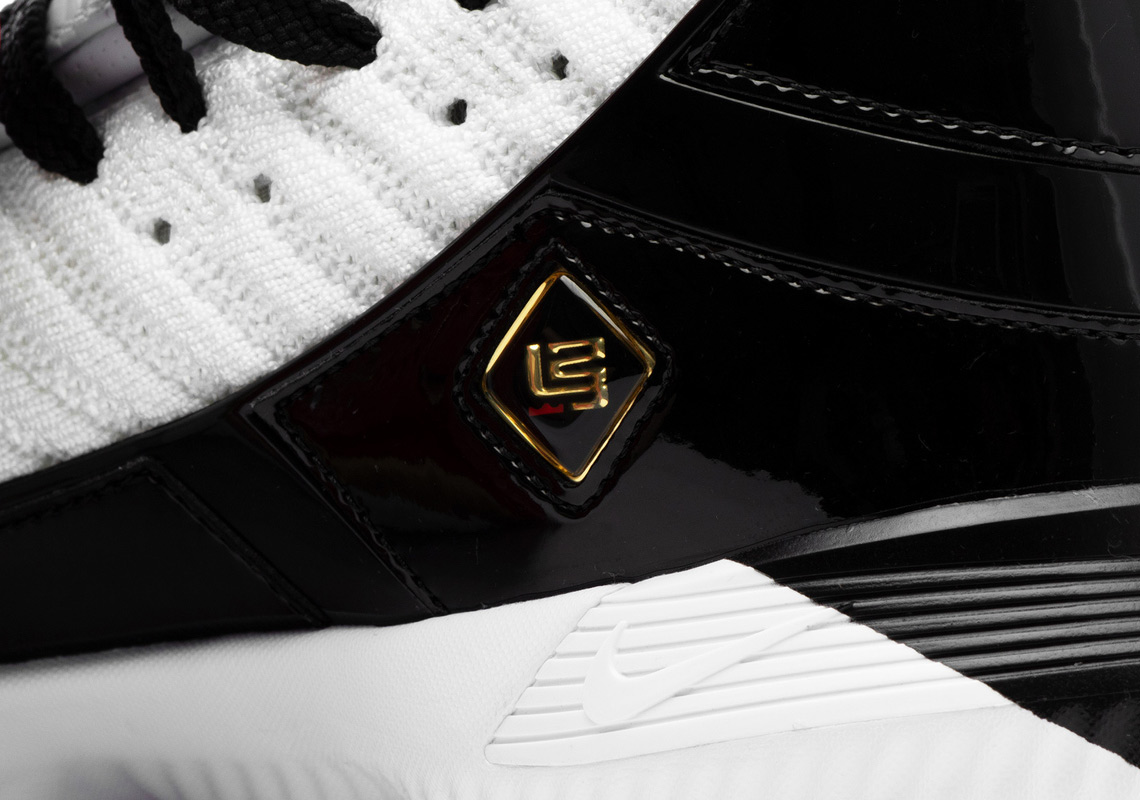 The post Where To Buy The Nike LeBron 16 "Remix"
appeared first on Sneaker News.

The post Where To Buy The Nike LeBron 16 “Remix” appeared first on Sneaker News.