Parley and adidas are finally releasing a recycled plastic NMD. Since the partnership began two years ago, fans have been clamoring for their take on the extremely popular lifestyle model. This November, they’ll finally arrive in stores.


Parley and adidas are aiming to sell at least five million pairs of recycled plastic shoes this year. That number is staggering, though not unrealistic. In 2017 alone, the pair met their initial goal of putting one million shoes in the hands of consumers. So, in an effort to do more for the environment, they are diversifying. This year, Parley began to lend their recycled thread to clothing. Several different EQT pieces have appeared using the plastic threads, with more in the way each month. While adidas and Parley are focused on widening the scope of the recycled material, they will, of course, stay true to their footwear roots.

The new Parley x adidas NMD_R1 STLT is one of the cleanest colorways to come from the collaboration yet. The Primeknit upper begins in a deep core black tone, broken up by the STLT’s signature wavy lines across the upper. In this case, they come in Parley’s favorite Blue Spirit color mixed in with enough of adidas’ EQT Green to make them look like waves breaking in the ocean. The rest of the shoe retains the same blacked out look as the upper, right down to the Boost midsole. This is the first Parley x adidas shoe to feature a painted midsole, and it pulls off the look quite well.

The first Parley x adidas NMD is scheduled to launch sometime in November 2018, though no specific date is available. The NMD_R1 STLT made from recycled plastic will retail for the standard $140 from both adidas and select retailers. Check out the official images below for a closer look, and stay tuned to JustFreshKicks for more Parley news. 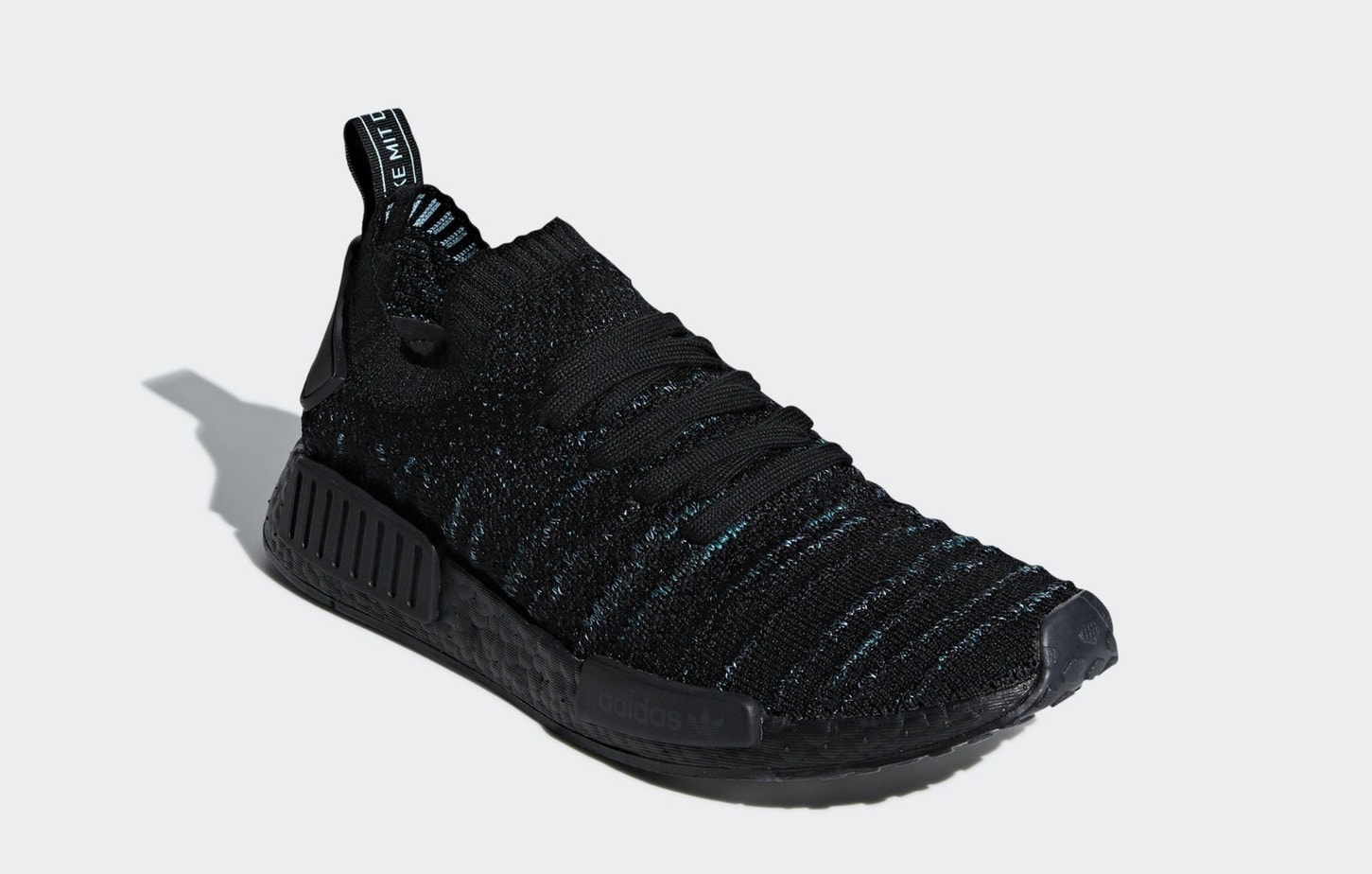 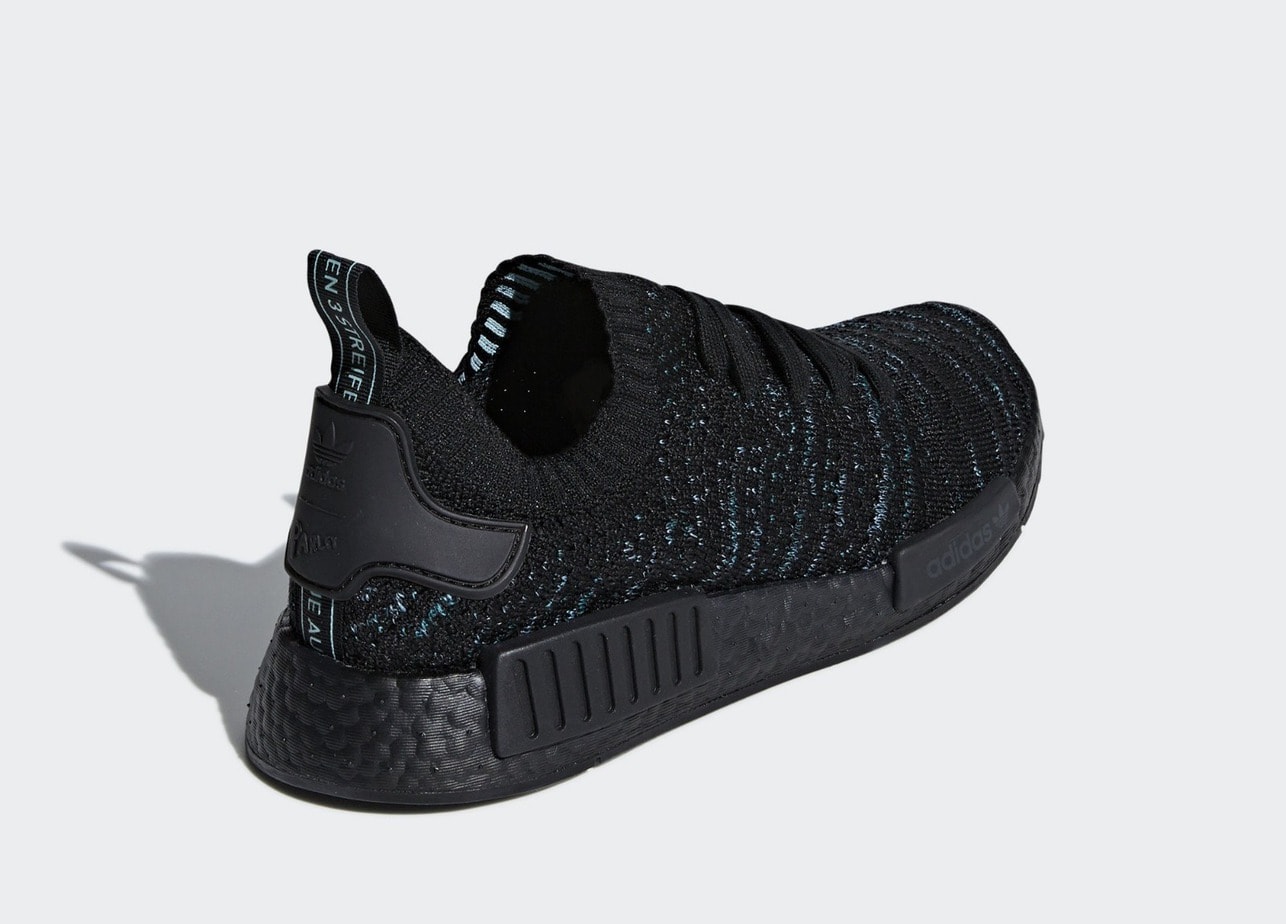 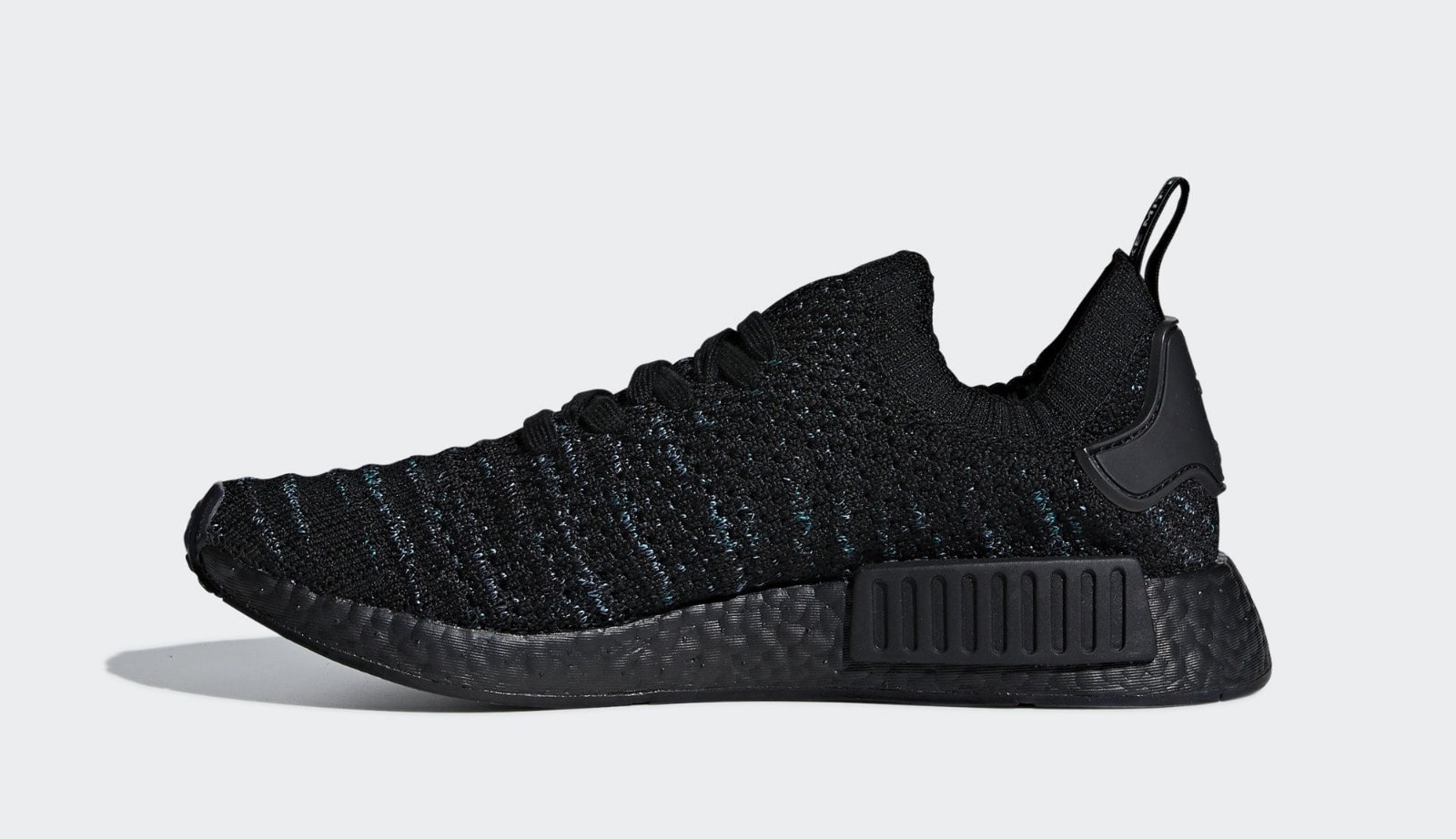 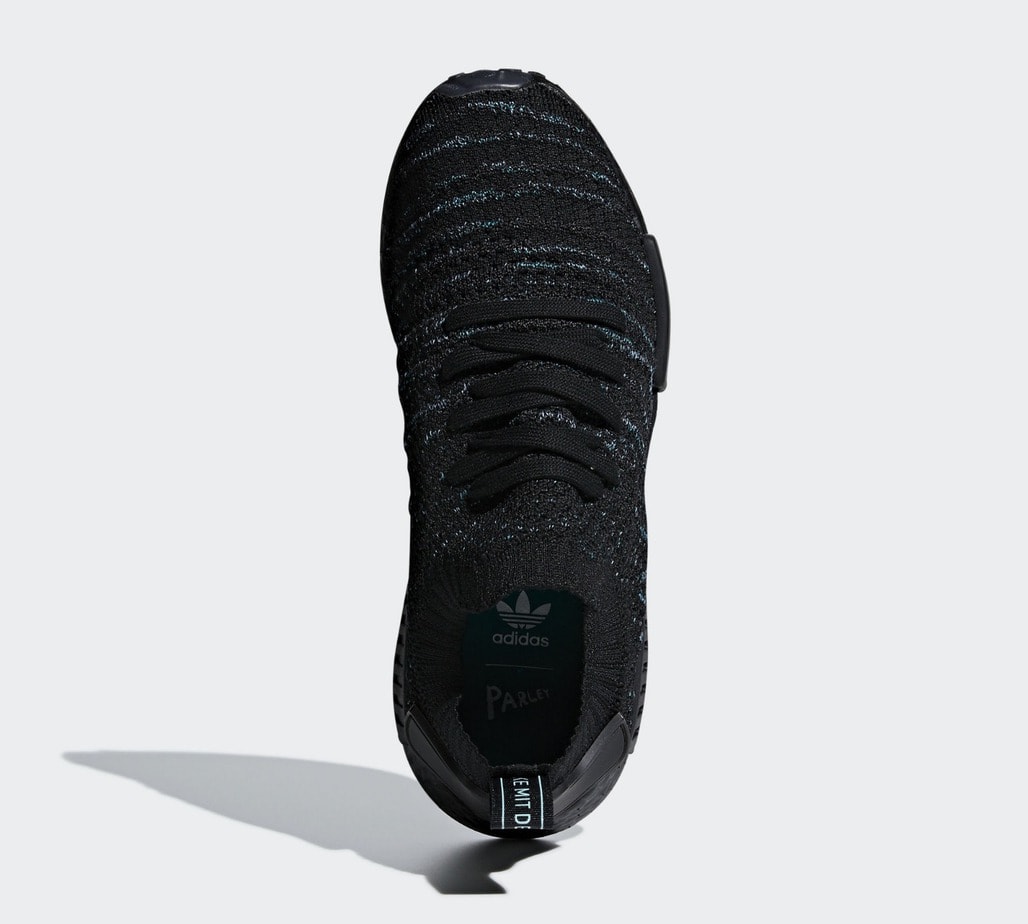 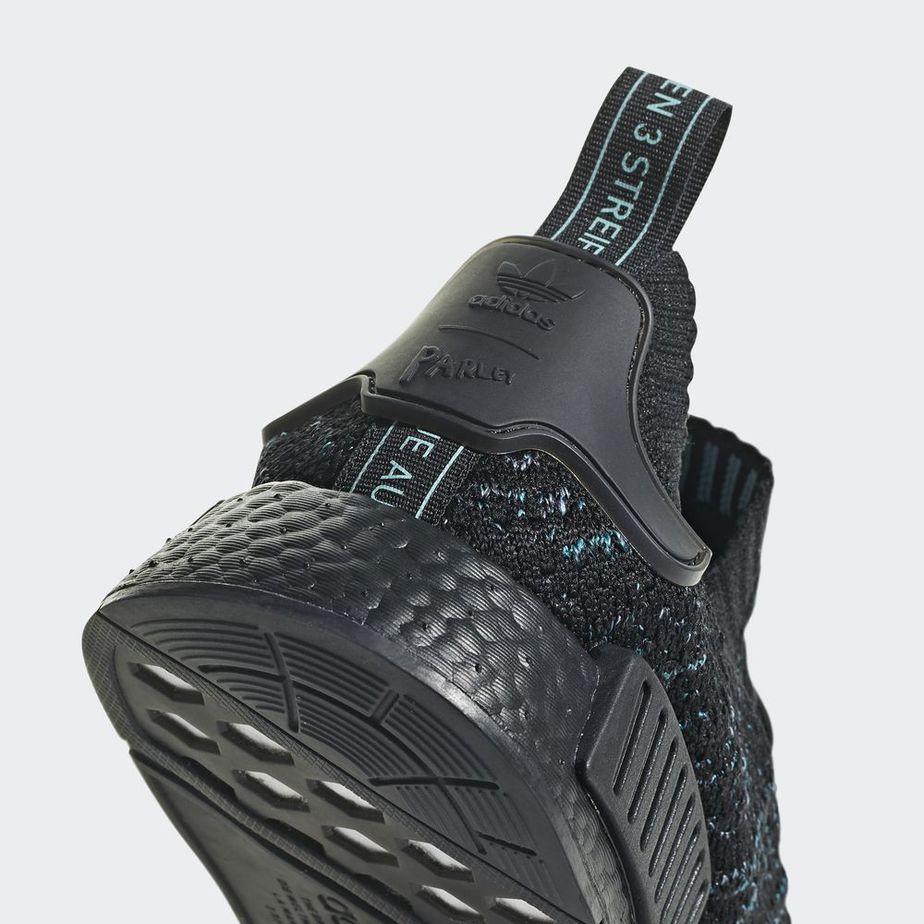 The post Parley and adidas are Finally Moving Into the NMD Category with the NMD_R1 STLT appeared first on JustFreshKicks.