Among the many skate communities across the globe, Australian outpost Pass~Port continues to lie amongst the most notable as its embracing culture has garnered yet another collaboration with the likes of Vans. Alongside their own collaborative bomber jacket, the duo are ushering in two editions of the staple Sid Pro, adorning its Old Skool reminiscent uppers in a tooling akin to the brick walls of the Fitzy Plaza, a location integral in the overall color story of both pairs. A deep green calls to the lush fields surrounding the locale while the more saturated red sets its eyes on the walls of the adjacent community building. Embroidered V logos take the place of the classic Jazz Stripe with white contrast stitching, outsoles, and laces adding that classic set of color blocking. Tongue tabs further add some graphic appeal, completing yet another compelling project from two longstanding icons. Grab a detailed look at both forthcoming pieces below and expect each to arrive on April 20th at the Vans Pro Skate retailers. 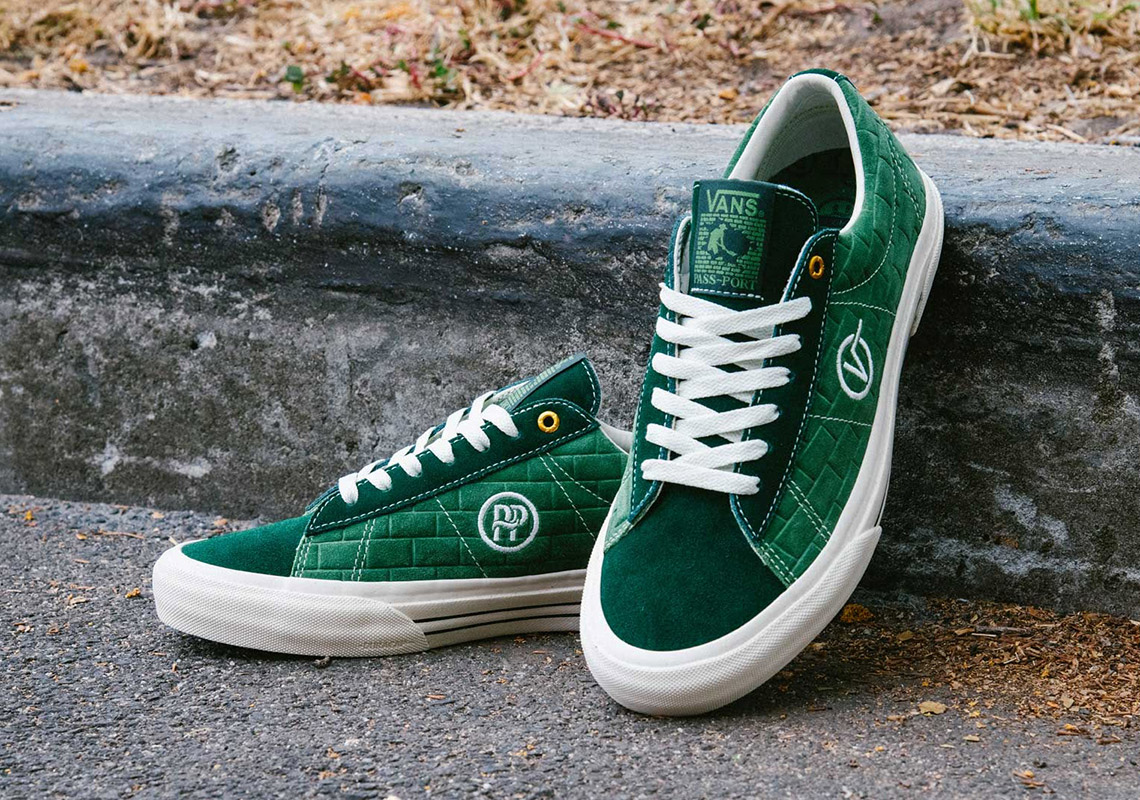 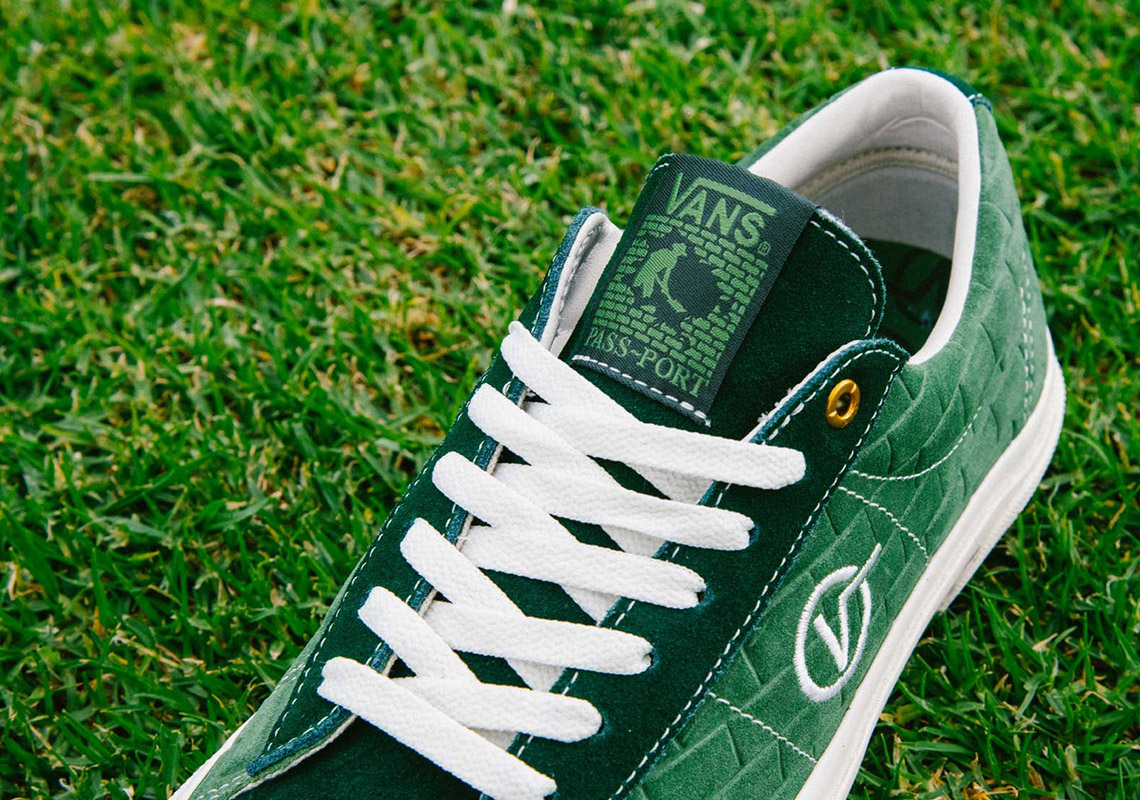 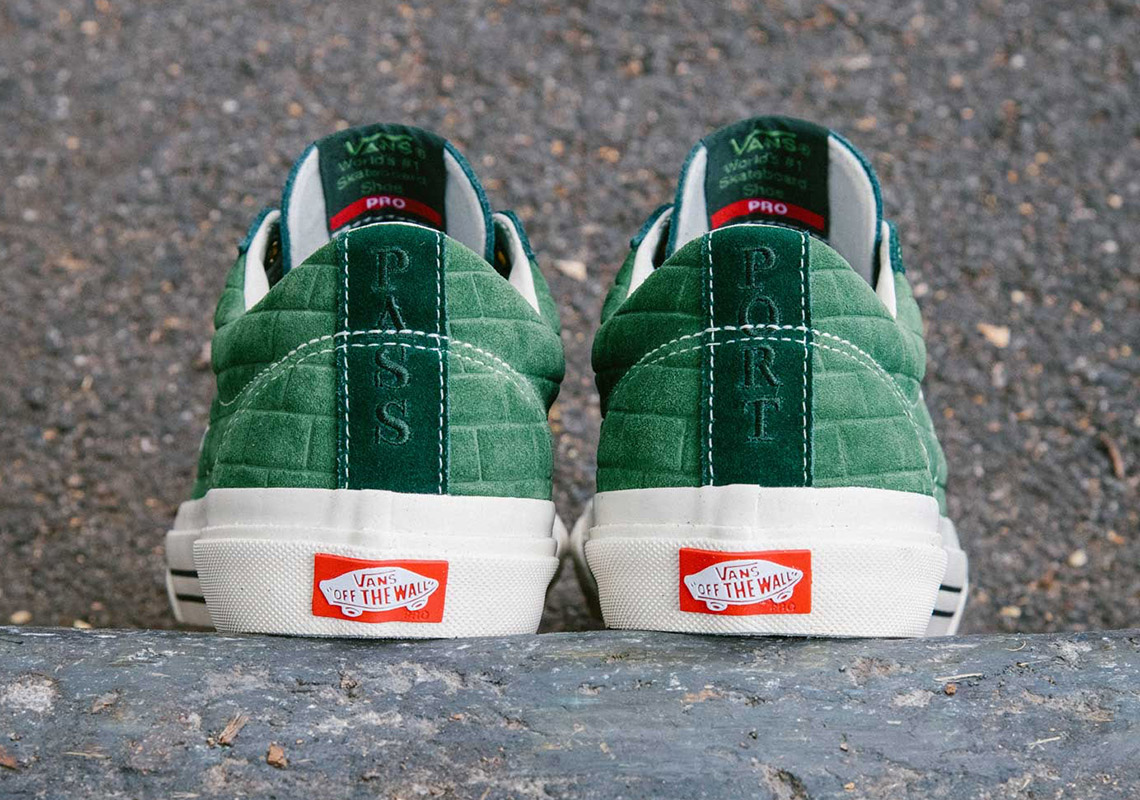 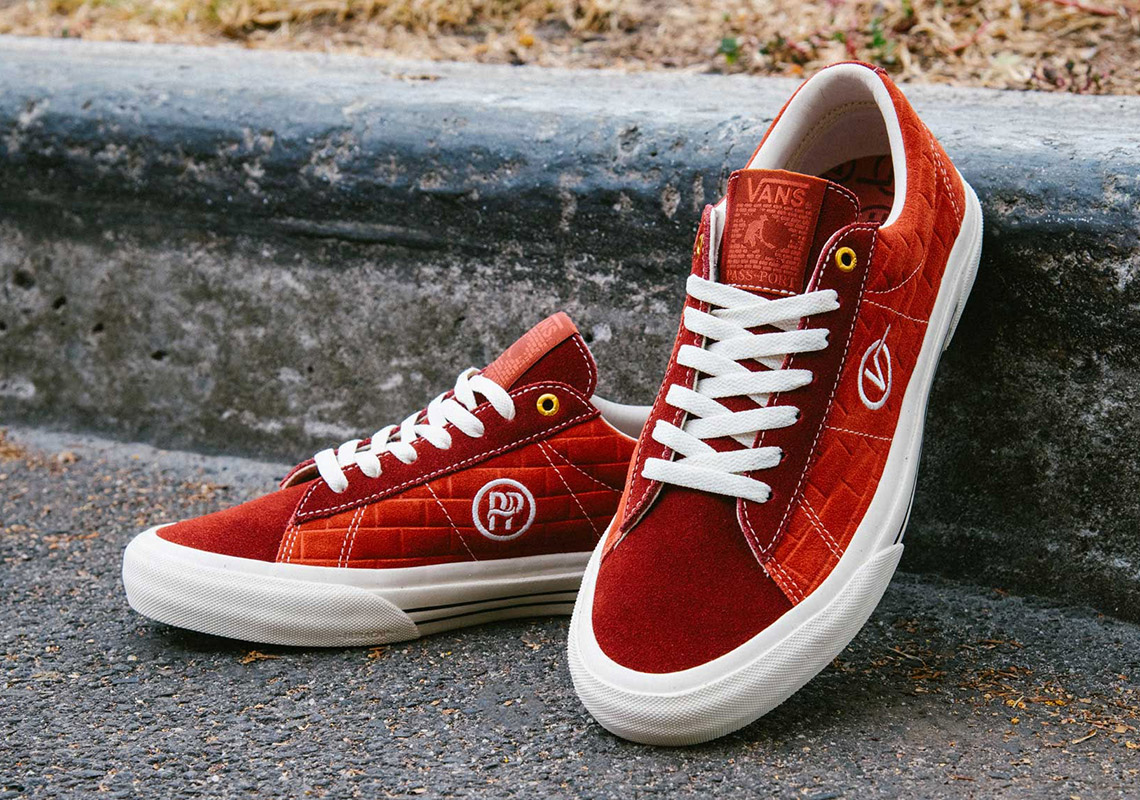 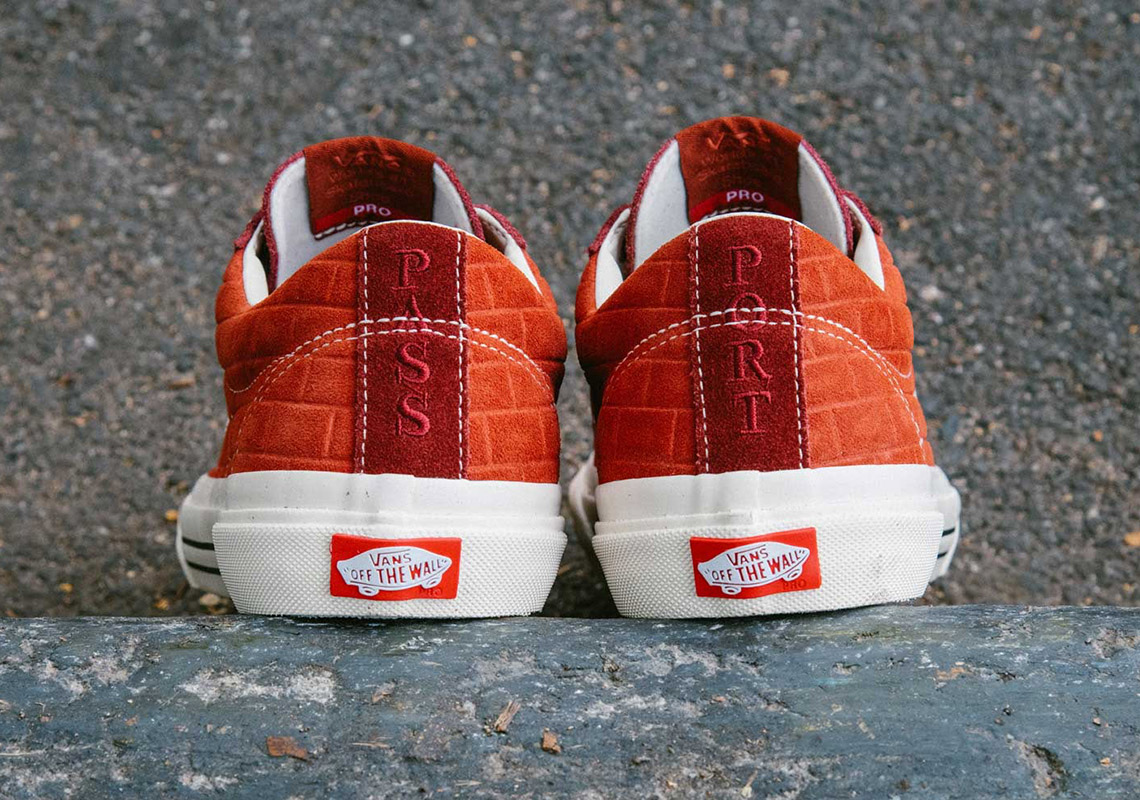