Pharrell Williams’ adidas footwear collection is seemingly ever-expanding. The international star has been dropping new sneakers periodically this year, and now, we have a good look at another silhouette coming soon, the Solar Glide Hu.


The Pharrell Williams x adidas line of footwear is expanding once more. After our first initial look at the Pharrell x adidas Solar Glide Hu earlier this month, a third colorway of the sleek new runner has surfaced online. adidas’ Solar family was first released back in 2015 as a comfortable alternative to the more high-end running shoes from the brand. Now, the Three Stripes is redesigning their past model in several new constructions, alongside a Pharrell Williams cosign.

The new colorway in Pharrell’s expansive Solar Hu line may be the cleanest pair yet. Beginning with a white Primeknit upper, the silhouette features dashes of color on every bit of detailing around the model, using the white base as a canvas. First, the stiff TPU eyelets added to the tongue of the shoe come in red, matching the thin layer of midsole separating the Boost from the upper. The heel cap comes in a dark green shade on either side, which pairs well with a lighter green Hu patch on the collar. The Torsion bar on the outsole will come in yellow, while the new Pharrell Solar Hu is completed by a multicolor inner lining.

There is no release information available for the Pharrell Williams x adidas Solar Glide ST Hu at this time. Currently, the revamped adidas Solar range of footwear is expected to fully launch later this year. However, another sample similar to this one was spotted on Pharrell’s feet during ComplexCon in 2017, meaning these could be ready before we know it. For now, check out some of StorebyJC’s on-foot photos of the sample pair below, and stay tuned to JustFreshKicks for more Pharrell x adidas release information. 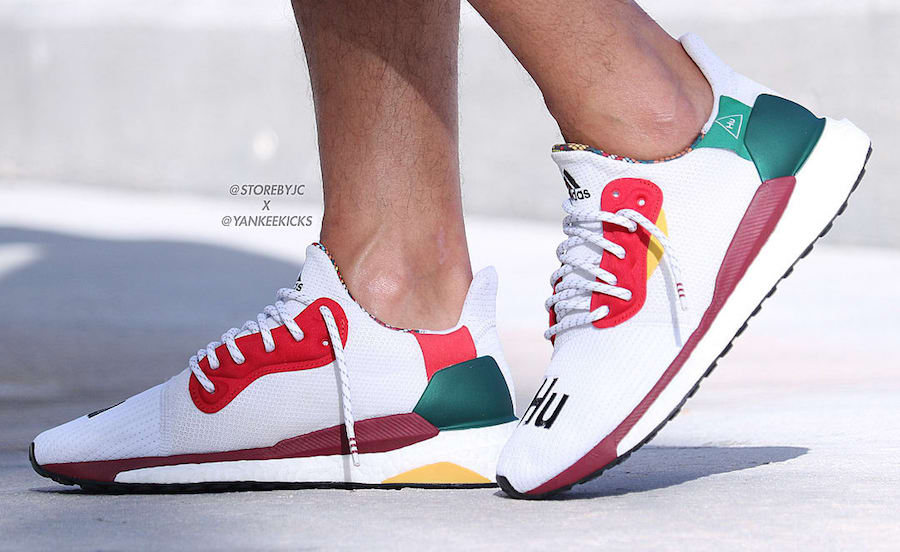 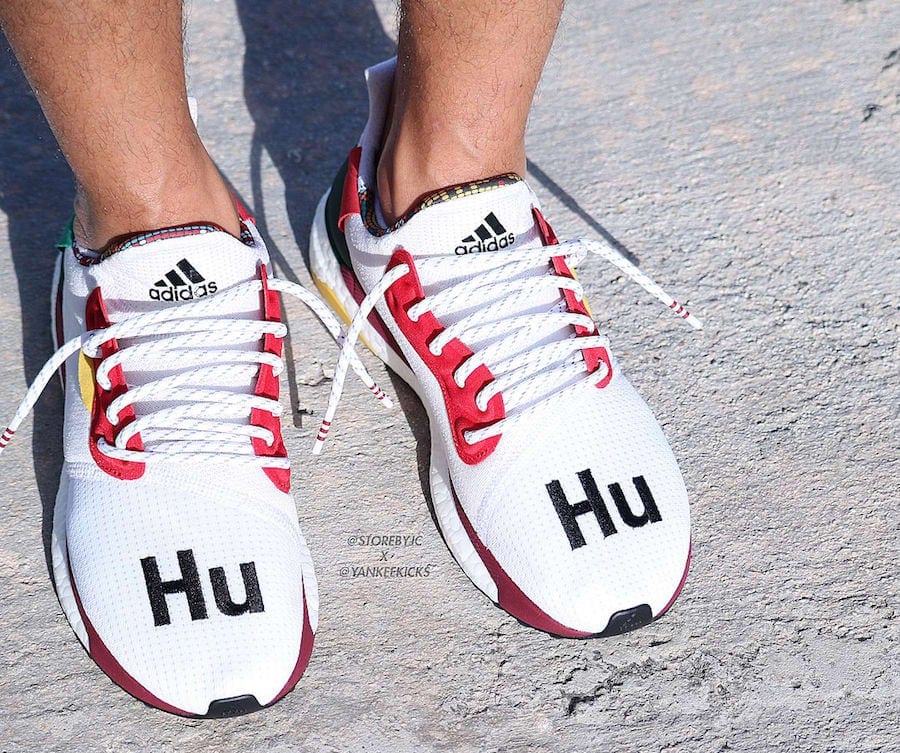 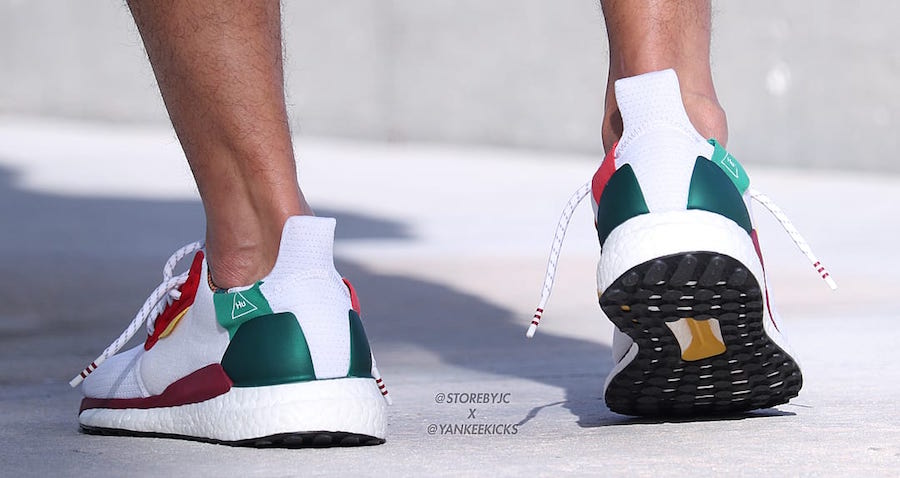