After debuting the first iteration of the Clyde Court #REFORM earlier this year, PUMA is releasing a brand new colorway of the shoe inspired by Meek Mill’s advocacy to reform the criminal justice system.

The second Clyde Court from PUMA inspired by Meek will be available in a Striking Red and Black color blocked variation: the Black representing the U.S. prison system where many people face unjust sentences that do not fit the crimes for which they have been convicted, while the Red represents the blood and sacrifice of those who have courageously given so much fighting oppression and injustices over the last 60-plus years.

In addition we have #REFORM printed on the front tongue and outsole, representing the victories that we will achieve together when organizations and individuals come together to work for much needed reform. “WE HAD TO BE SEEN BECAUSE WE COULDN’T BE HEARD” is printed on the outer heel, a quote from the legendary and longstanding PUMA Ambassador, Tommie Smith.

You can expect the Puma Clyde Court #Reform to release on August 9th and can be pre-ordered now via Puma.com. Retail price is set at $120. All the proceeds will go towards Reform Alliance, which is an organization that’s working to reform the criminal justice in America. 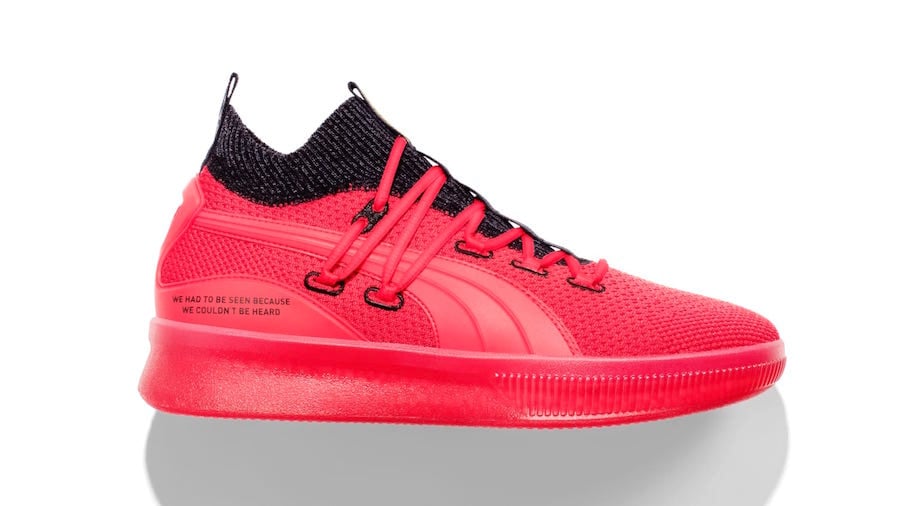 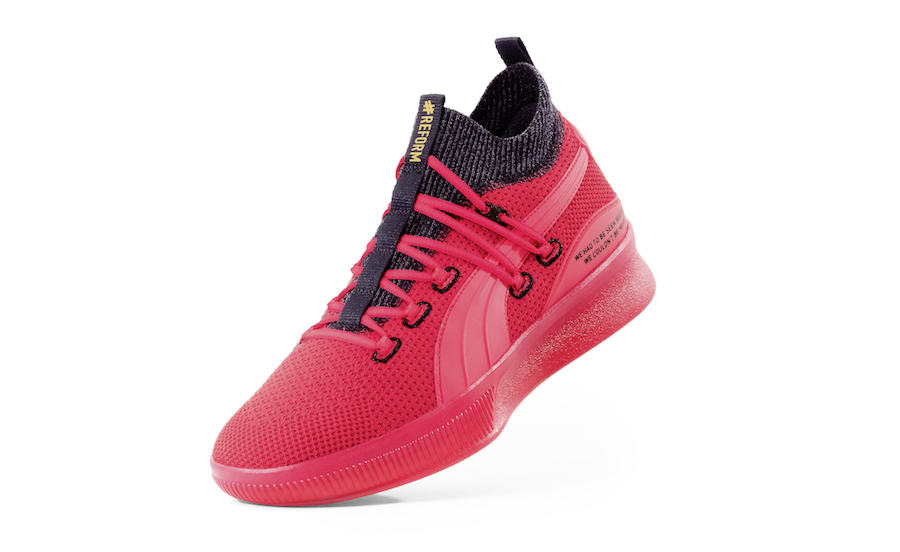