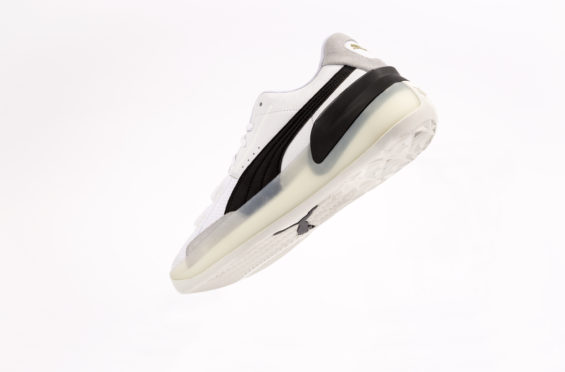 The Puma Clyde Hardwood is inspired by the original PUMA Clyde that Frazier wore on the court in the 70s. The model boasts an OG look paying tribute to PUMA’s richsports heritage while designed with a lifestyle-first inspired construction. Updated to include today’s latestperformance technology, the result is a perfect hybrid shoe, designed to be worn seamlessly on and off the court. Key features include vintage materials and old school design lines, while the on-court performance of the shoe includes engineered lacing systems, a ProFoam midsole, and a specially tuned traction pattern for the court.

The Puma Clyde Hardwood will be available in-stores and online at PUMA.com starting October 18th for the retail price of $120.