Beef aside, Pusha T continues to be one of the most influential artists of adidas’ list of collaborators; though his footwear has yet to create immense on-going series à la Kanye West, his reveal of the Ozweego back at Coachella in April surely had people more than surprised. Departing from the “Nose Candy Mandy” scheme, however, the creative is set to bring a bit more color onto the recently revived silhouette, bearing close resemblance to notable luxury fashion houses. Uppers, in their mesh synthetic, bear texture through an almost cream, off-white tone, one that finds its way across much of the leather overlays, tongue, and aggressive sole unit. Piping contrasts across the surroundings of the shoe in dark black, matching that of the contrast stitching at the profile though nothing else; three stripes logos, in overt outline, are accented with deep reds at the edge of a mostly pink face, lying in compliment to the linings sultry green hits. Grab a detailed look at Pusha T’s latest adidas release below and keep it locked in for more word on their official adidas.com release. 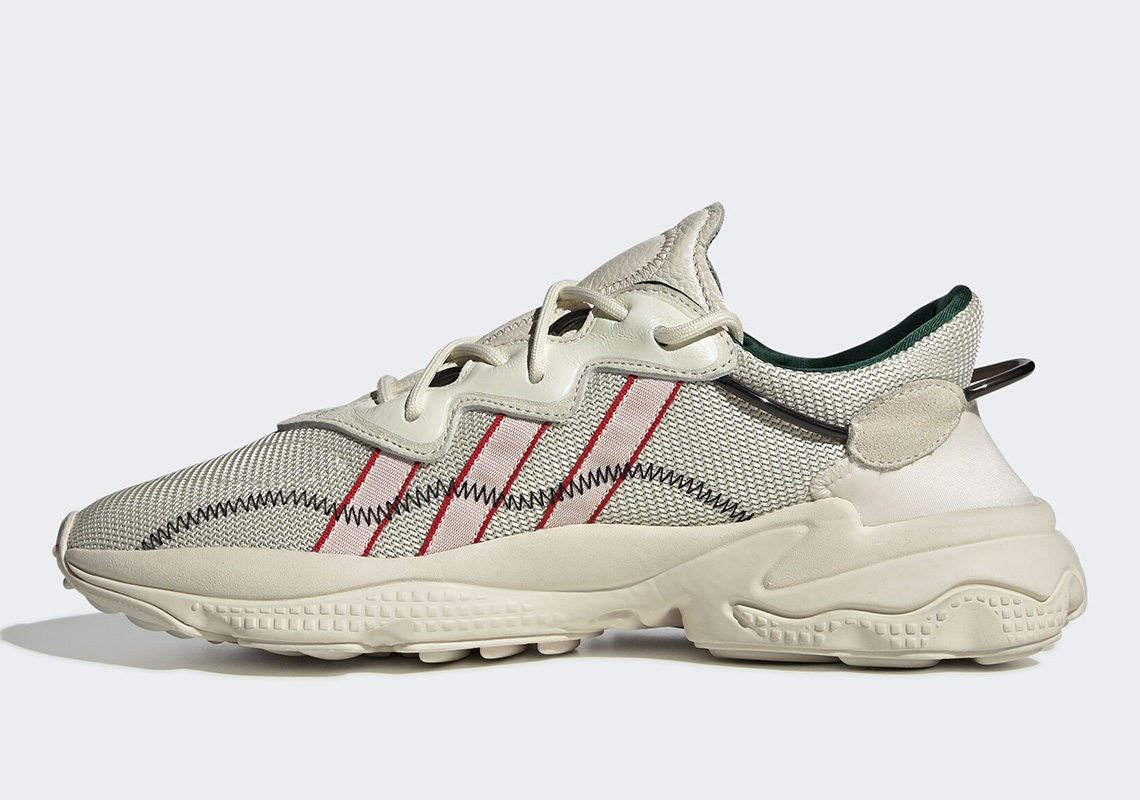 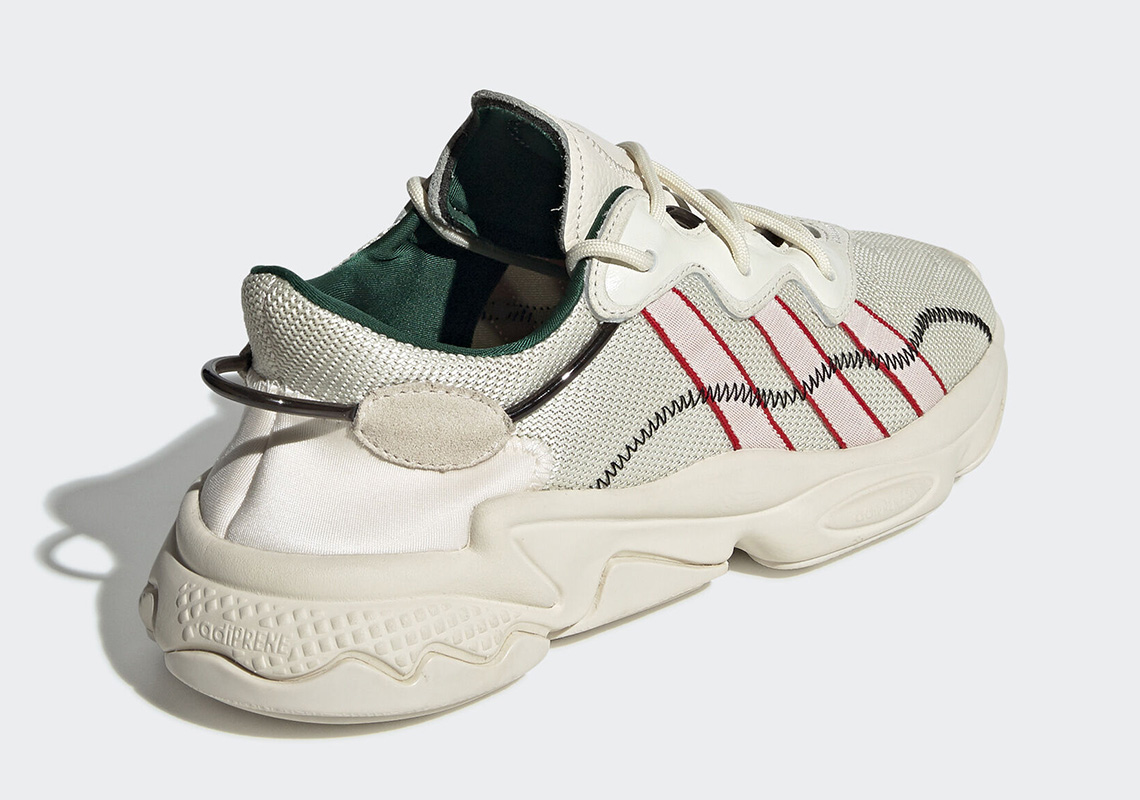 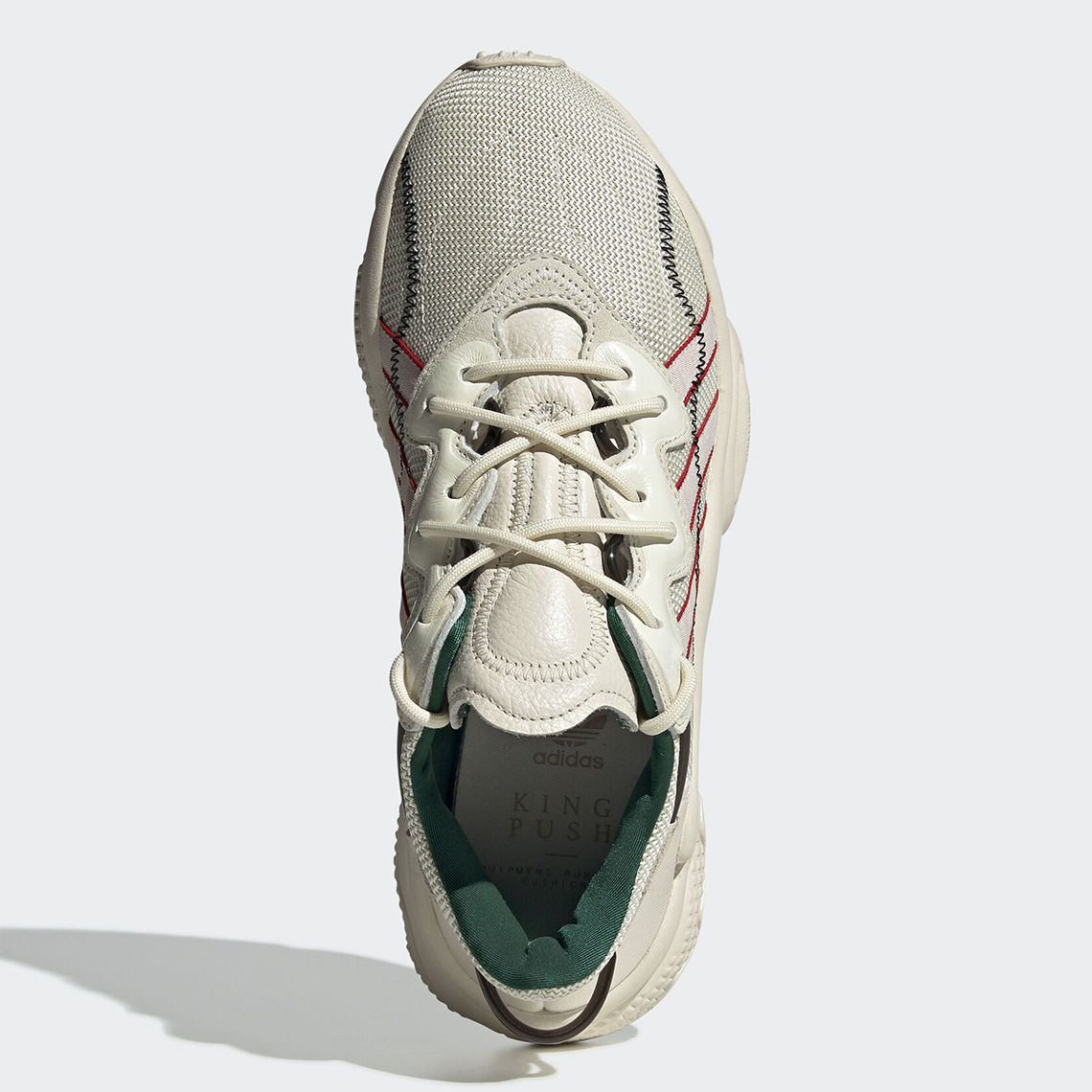 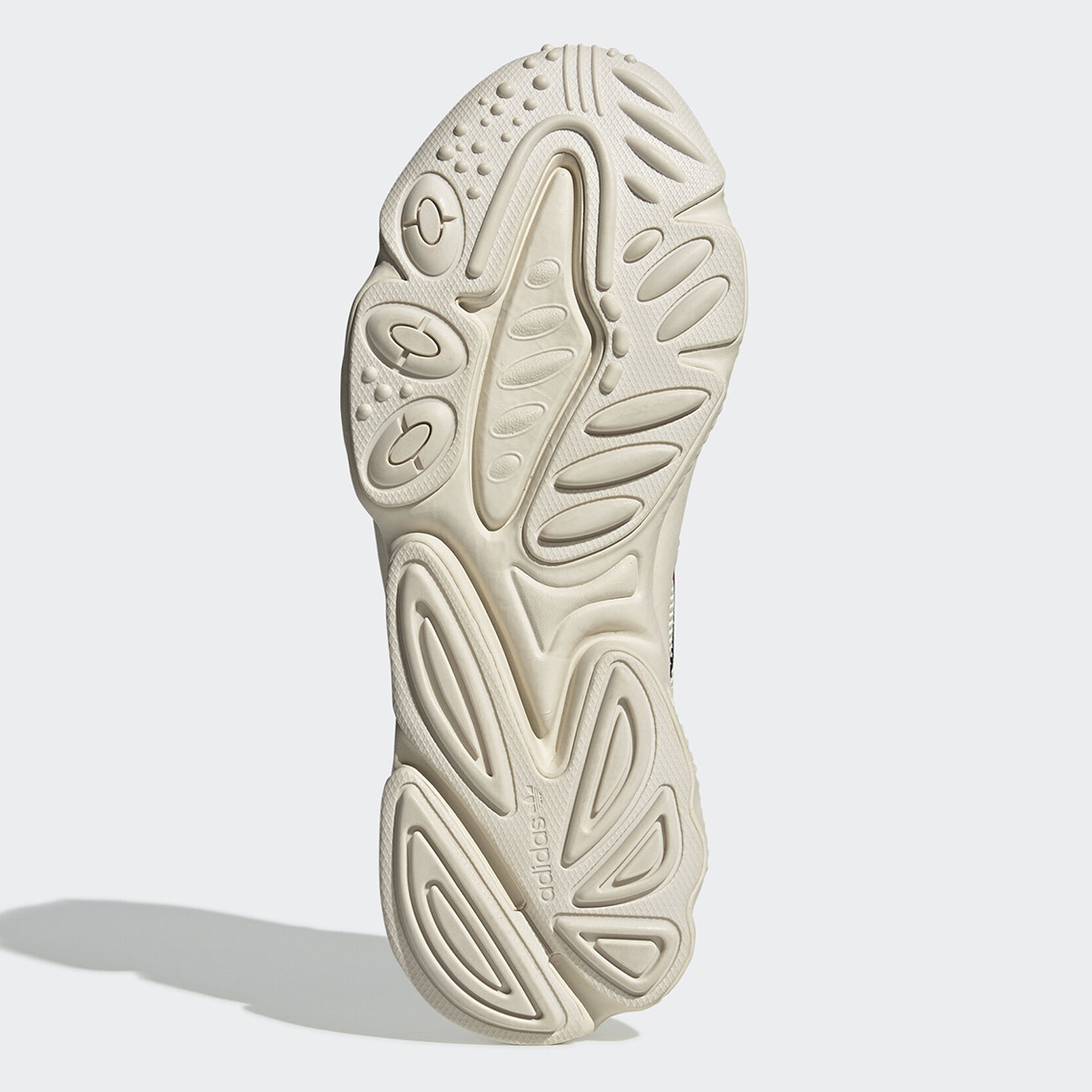