Pharrell’s extensive adidas Hu franchise is expanding once more. The Tennis Hu originally launched in 2017 as Williams’ take on the ever-popular Stan Smith. Now, the sleek lifestyle silhouette is upgrading to a Version 2 format later this year.


Pharrell Williams and adidas have been making some serious moves this year. With the release of their Crazy BYW LVL 1 this past month, Williams has now placed his signature touch on five different adidas Silhouettes, with plenty more on the way. The latest new model to join Skateboard P’s arsenal is the Tennis Hu V2, an upgrade to his previous casual footwear. Originally released last year, the Tennis V2 was intended as an accessible collaborative effort with colorways that appealed to everyone. now, PW and adidas are upgrading the slim silhouette with some minor new changes.

The new Pharrell x adidas Tennis Hu V2 takes on a very similar shape to the original, with some minor performance upgrades. First, the new second iteration appears to ditch the mesh uppers of the past, replacing them with the light and flexible Primeknit, or some variation of the material. The upper will no longer be a single flat piece, instead, the sides of the toe box feature a grey suede cap for support, while the eyelets are reinforced by a thin leather strip. Just like on the previous version, the Pharrell x adidas Hu branding on the tongue is embossed on a leather tag. The Tennis Hu V2 will launch in two colorways for its debut, featuring red & yellow tones mixed with white and black into the knit uppers of each pair.

Pharrell and adidas’ upcoming Tennis Hu V2 has not been officially announced for release, though they are expected to drop before the year is out. The retail price on these pairs has been upped by $20 to $130, likely due to the premium materials used. Check out the official images below for a better look at the new Tennis HU V2, and stay tuned to JustFreshKicks for more Pharrell x adidas release news. 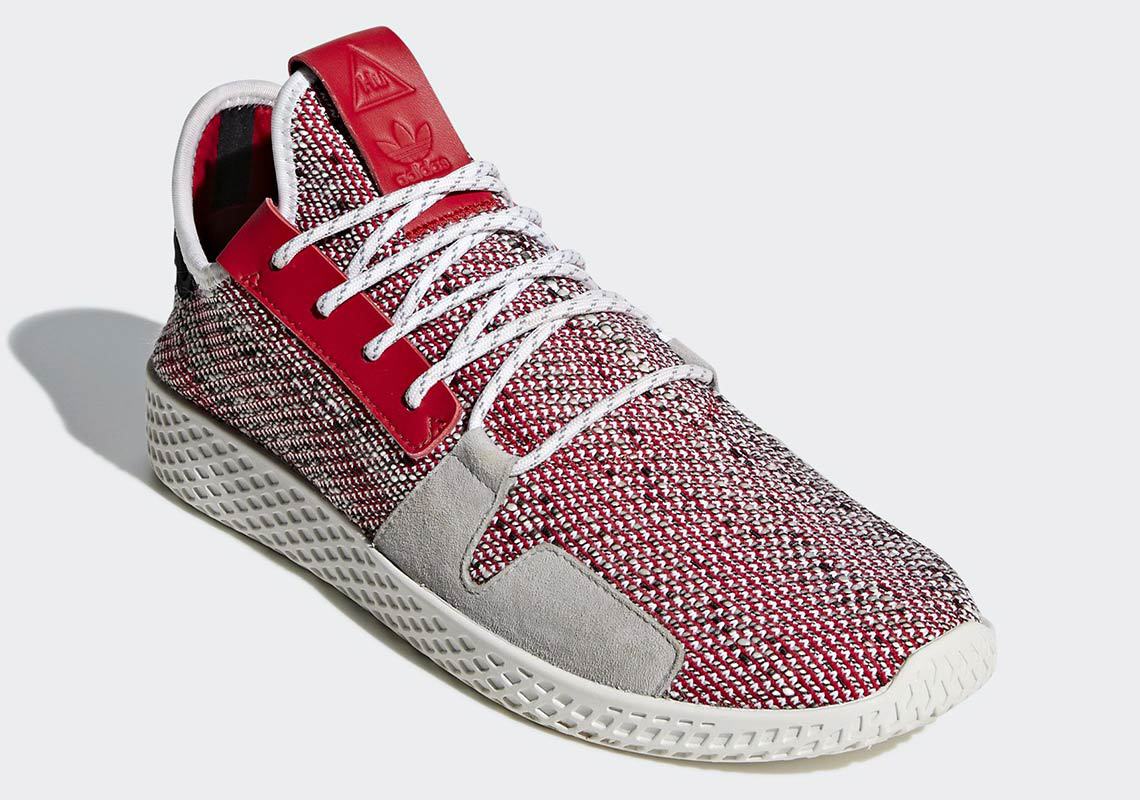 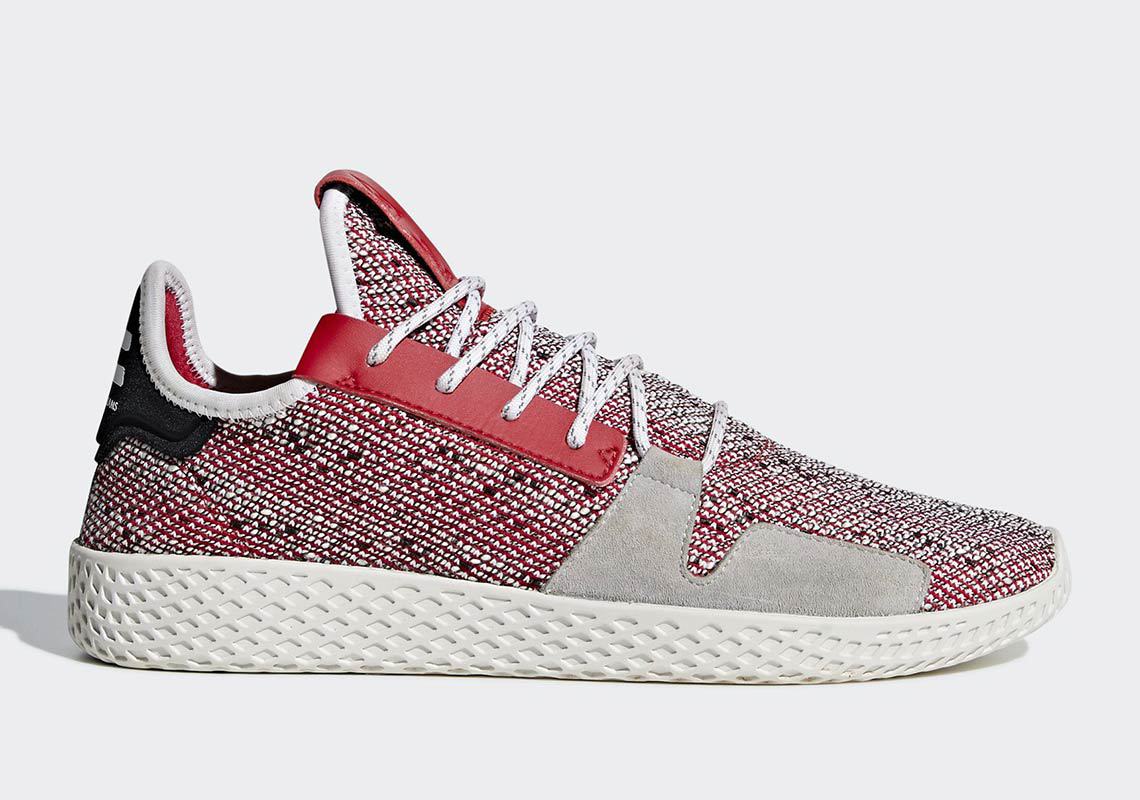 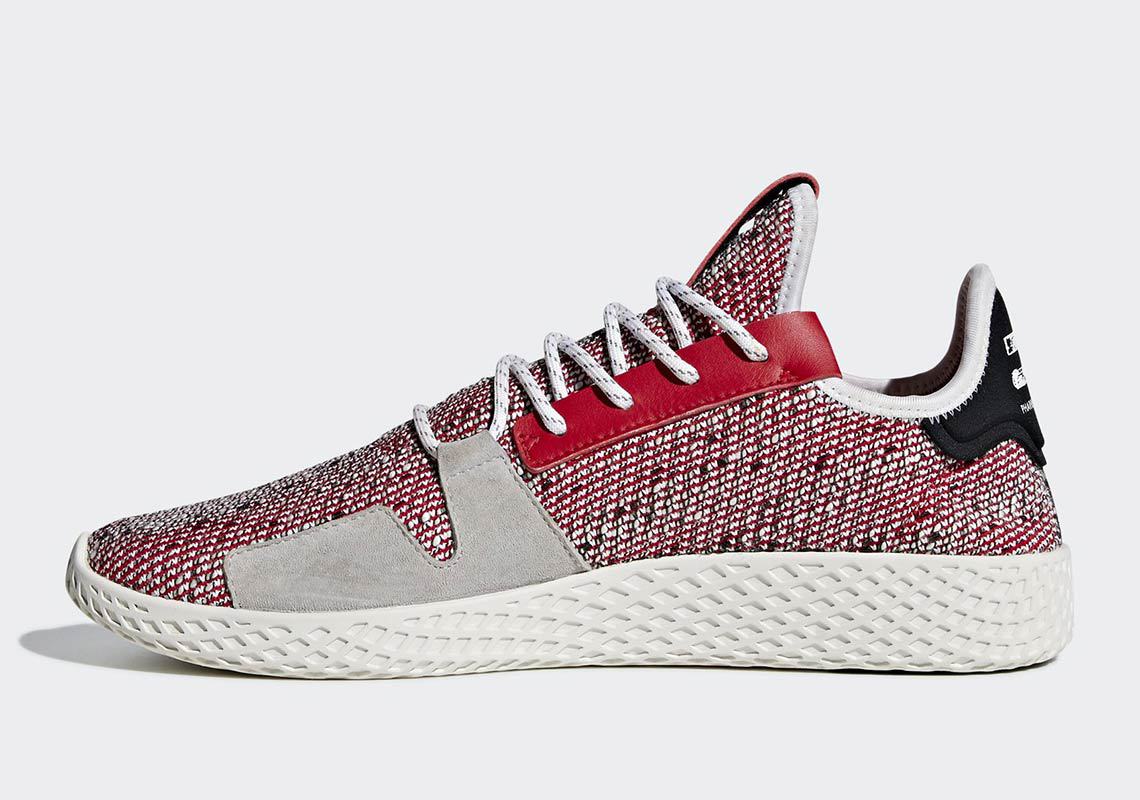 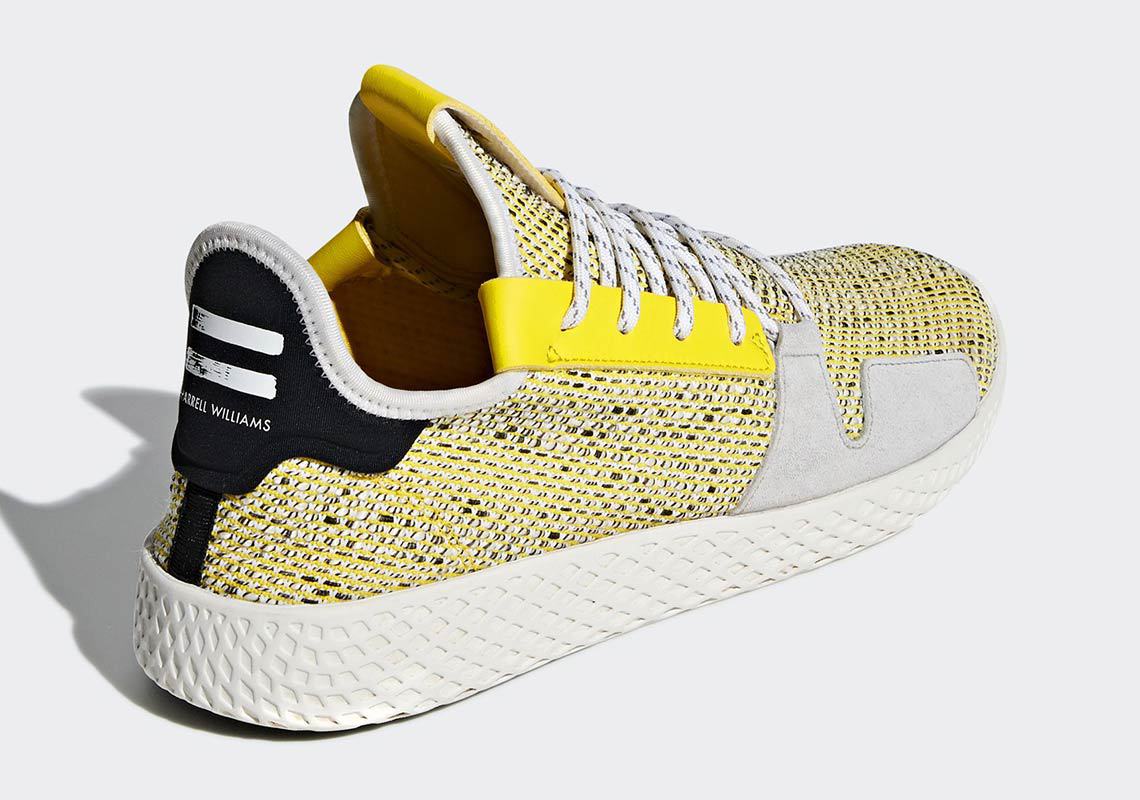 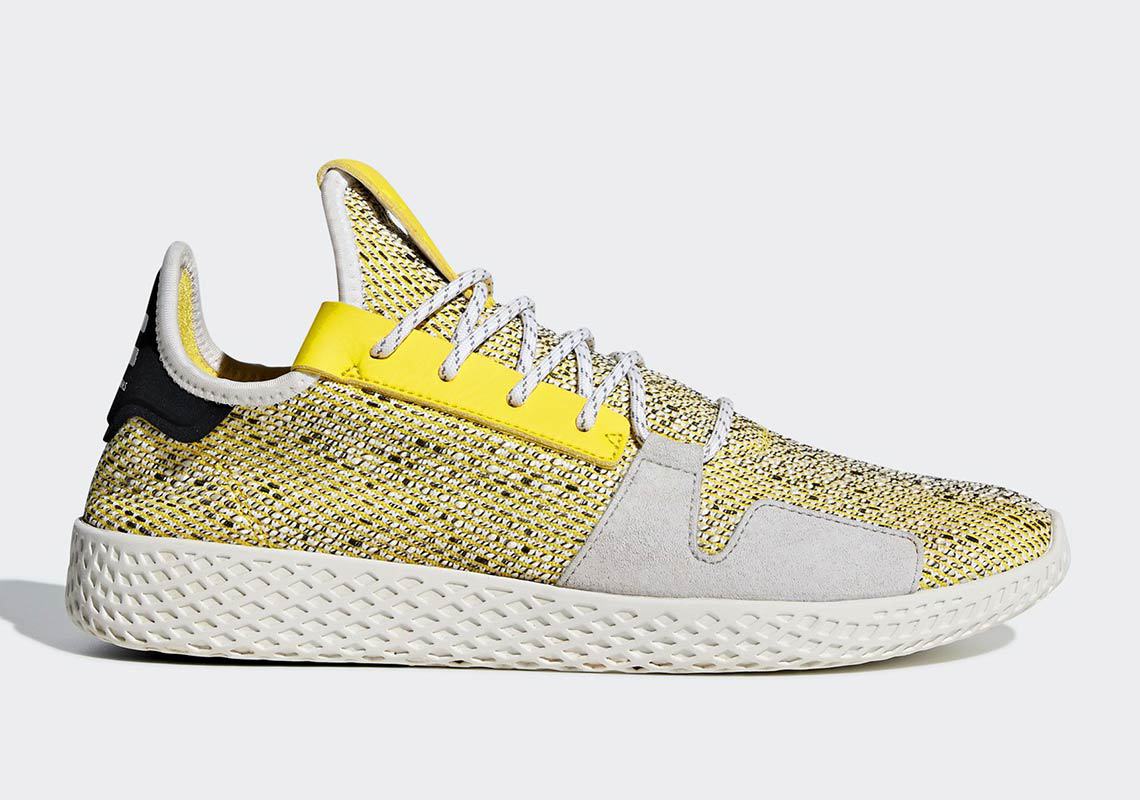 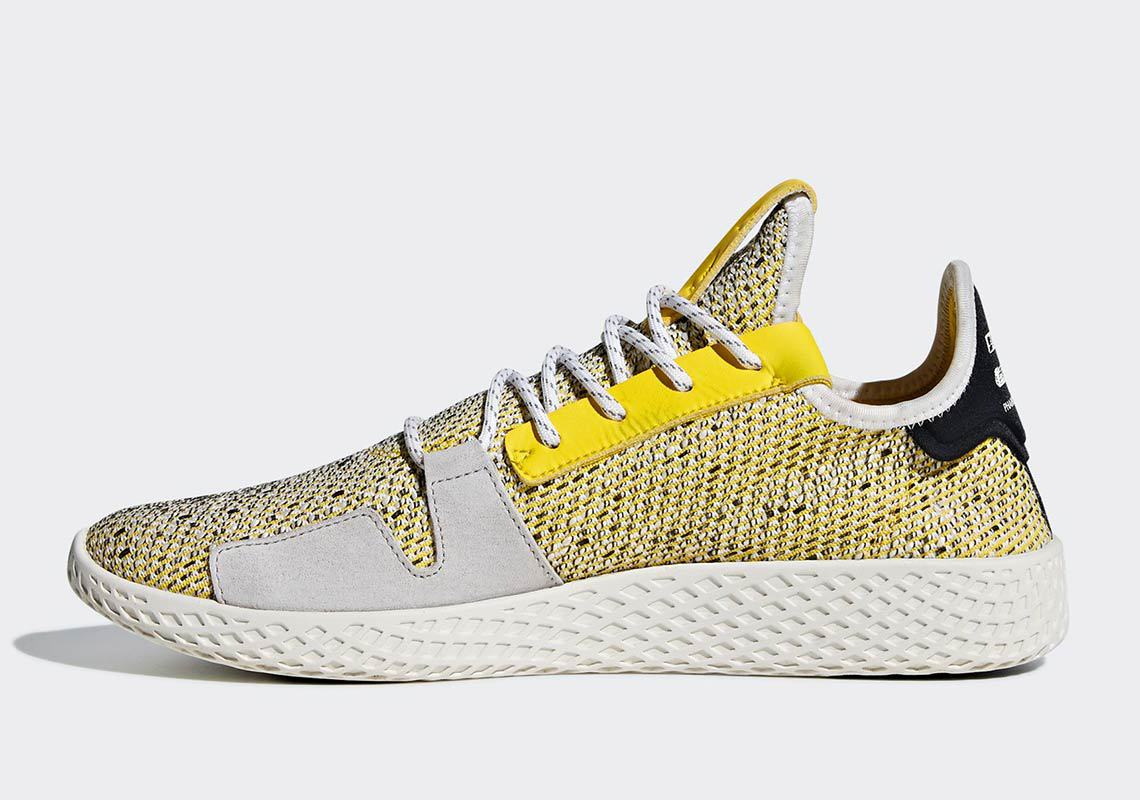