During the late Kobe Bryant’s infamous “sneaker free agency” period, Reebok made a formidable pitch by offering the Black Mamba some incredible PE colorways of the Question and the Answer IV. Kobe ultimately chose Nike, and the rest is obviously history.

Back in 2013, the brand – in collaboration with Packer – released the purple-toe version of the Question as part of a “For Player Use Only” pack, which also included a white/green/gold version that was made for LeBron James.

As it turns out, the alternate yellow-toe Question PE was in the plans for a drop in 2020 (as revealed by Allen Iverson himself last September), but the release was ultimately cancelled after the Laker great’s tragic death. A detailed look has been revealed by @briansnadav, with this sample coming with full-fledged packaging that includes a mock sample tag, non-disclosure agreement, and shipping labels.

Reebok is currently underway with its Question plans, with various Mids and Lows already dropped and on schedule for release, and it’s completely understandable that these would not be available. Would you honor Kobe by copping these shoes? 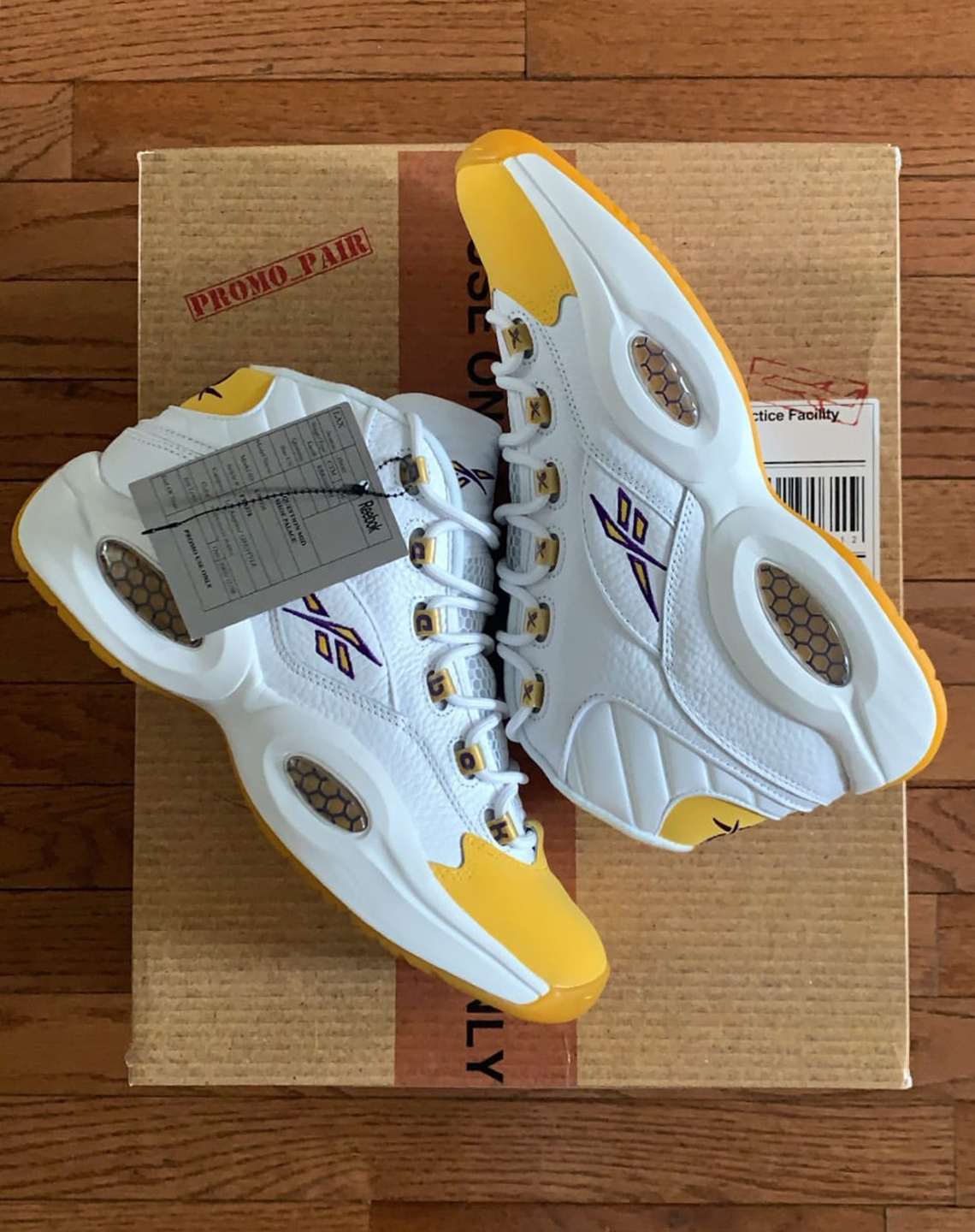 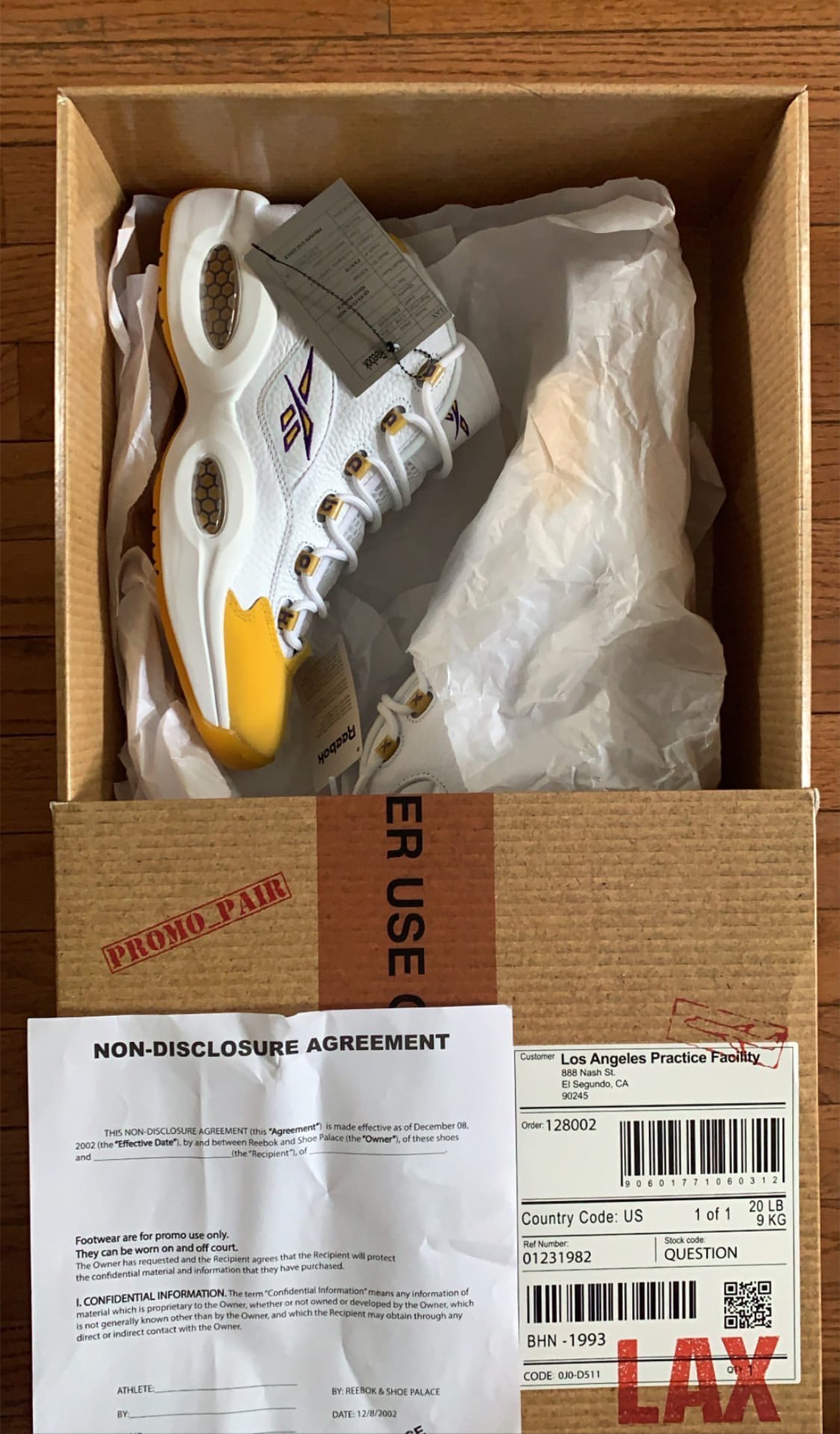 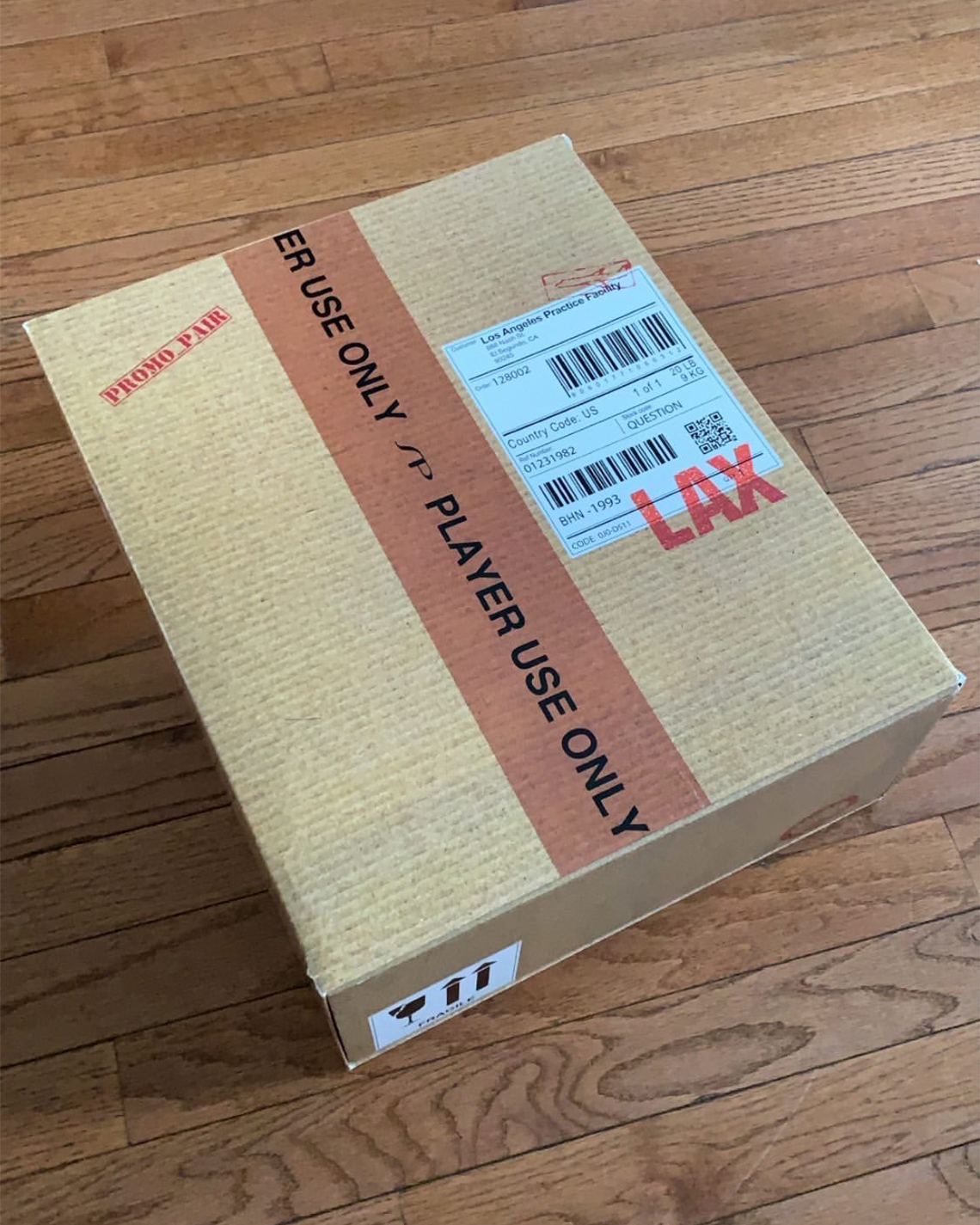