Last month, Reebok launched the “Heart of Hustle” series – a campaign highlighting specific aspects of Allen Iverson’s life – by dropping a bold red Question Mid. Since then, not much else has been revealed about this project, but the Massachusetts-based brand promised more releases would follow and further speak to the former 76er’s passion and determination. A recently surfaced “Black Toe” iteration might be the campaign’s next focus, but Reebok has yet to confirm this. Nevertheless, this pair is the perfect candidate to advance Iverson’s “Heart Over Hype” narrative given that it’s constructed in a simple white and black look. Having been used before on this model, the “yin and yang” color scheme is divided rather unevenly as the snowy hue takes over the midsole and most of the upper. As this pair’s nickname suggests, black takes over the leather toe box, but the dark tone also lines the tongue, contrasts the heel, and clouds the translucent outsole. Adding the slightest bit of flashiness to this clean Question Mid, regal gold appears on all Reebok and Iverson branding – even on the signature eyestays.

Grab a quick look at this impressive upcoming release below, and keep it locked here as Reebok shares more information. 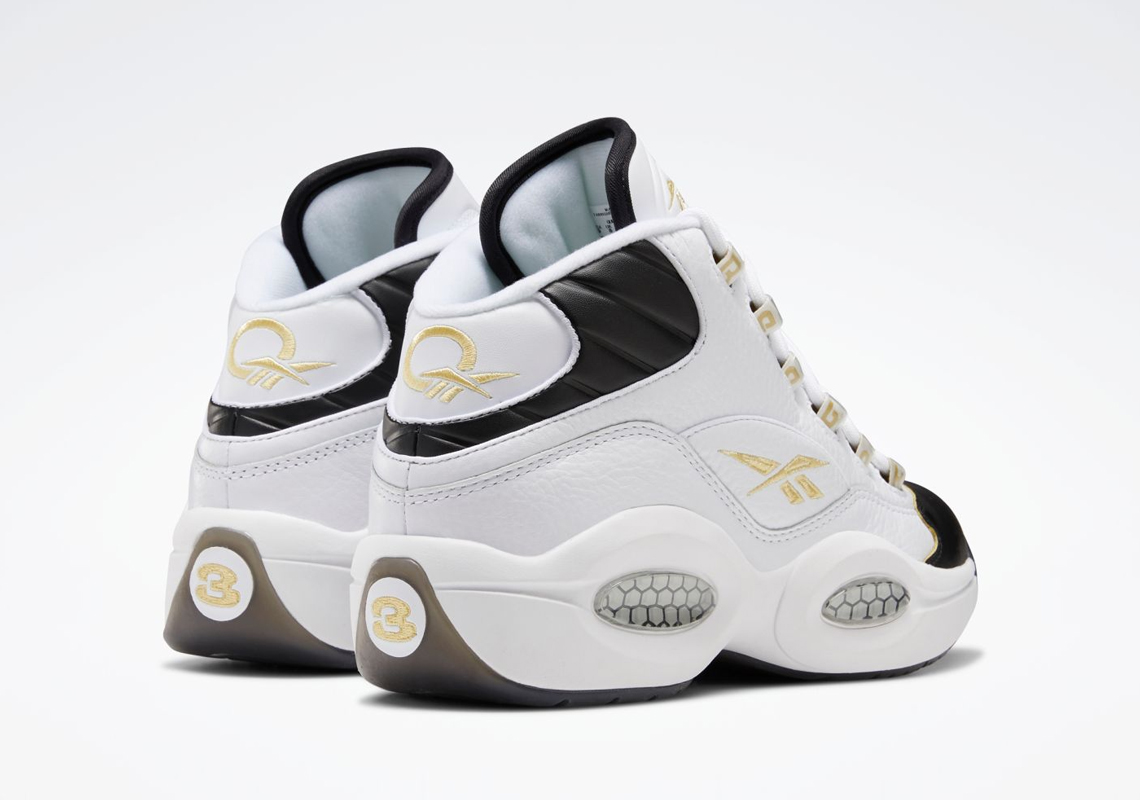 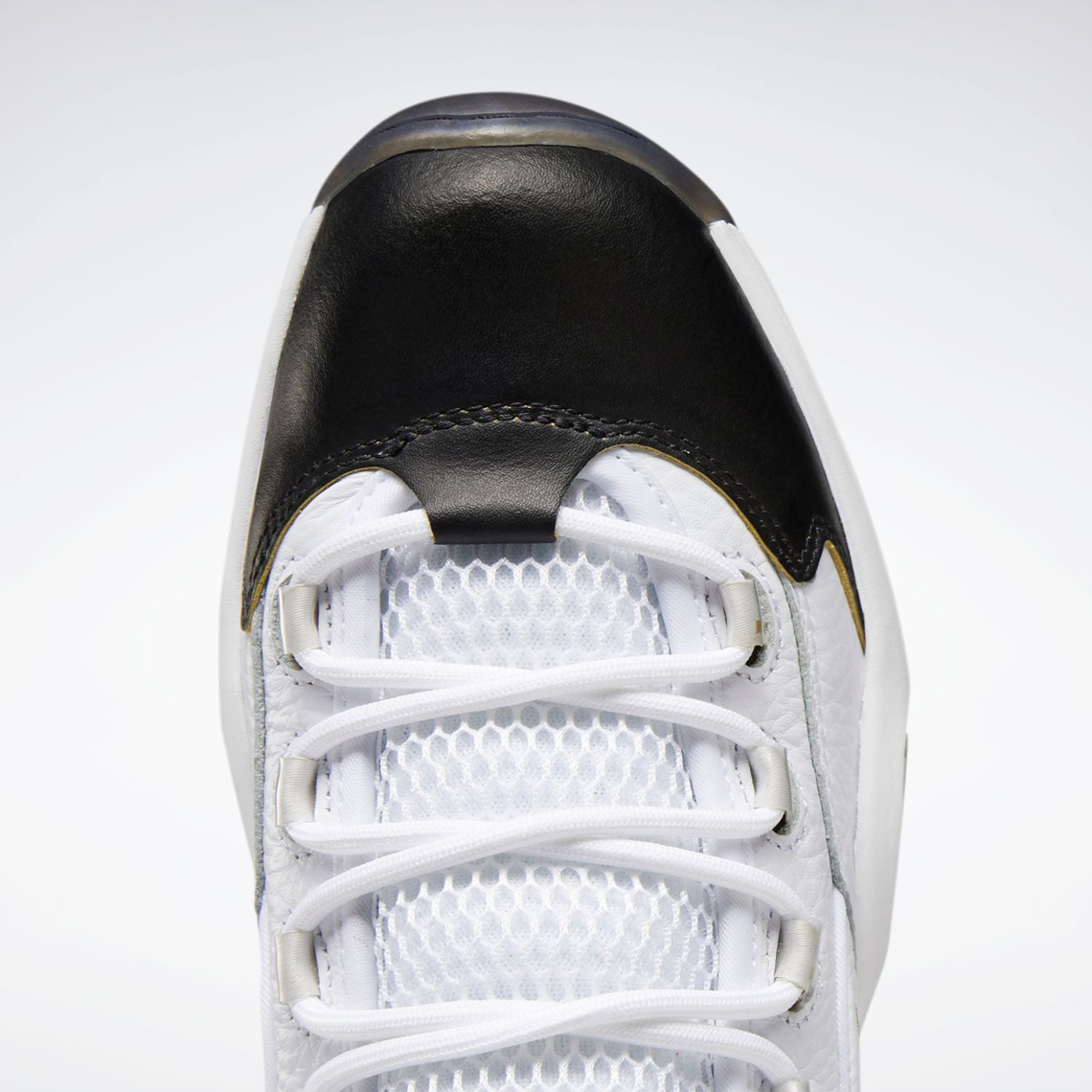 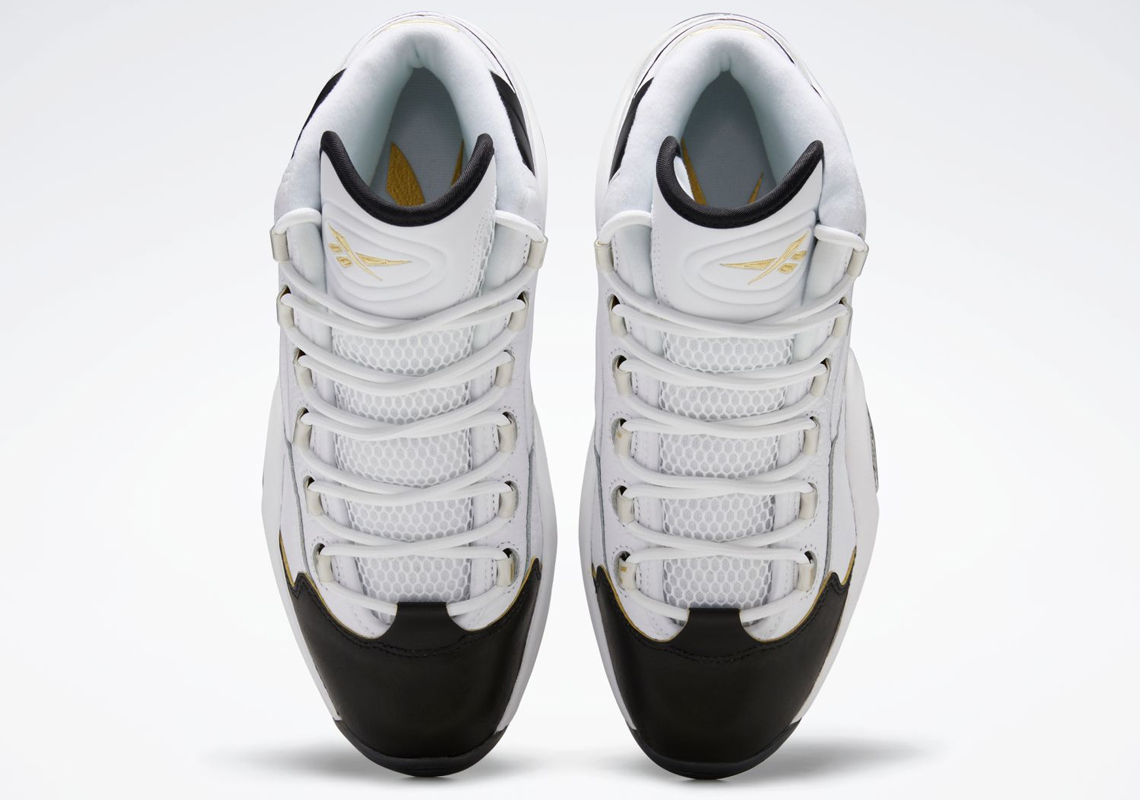 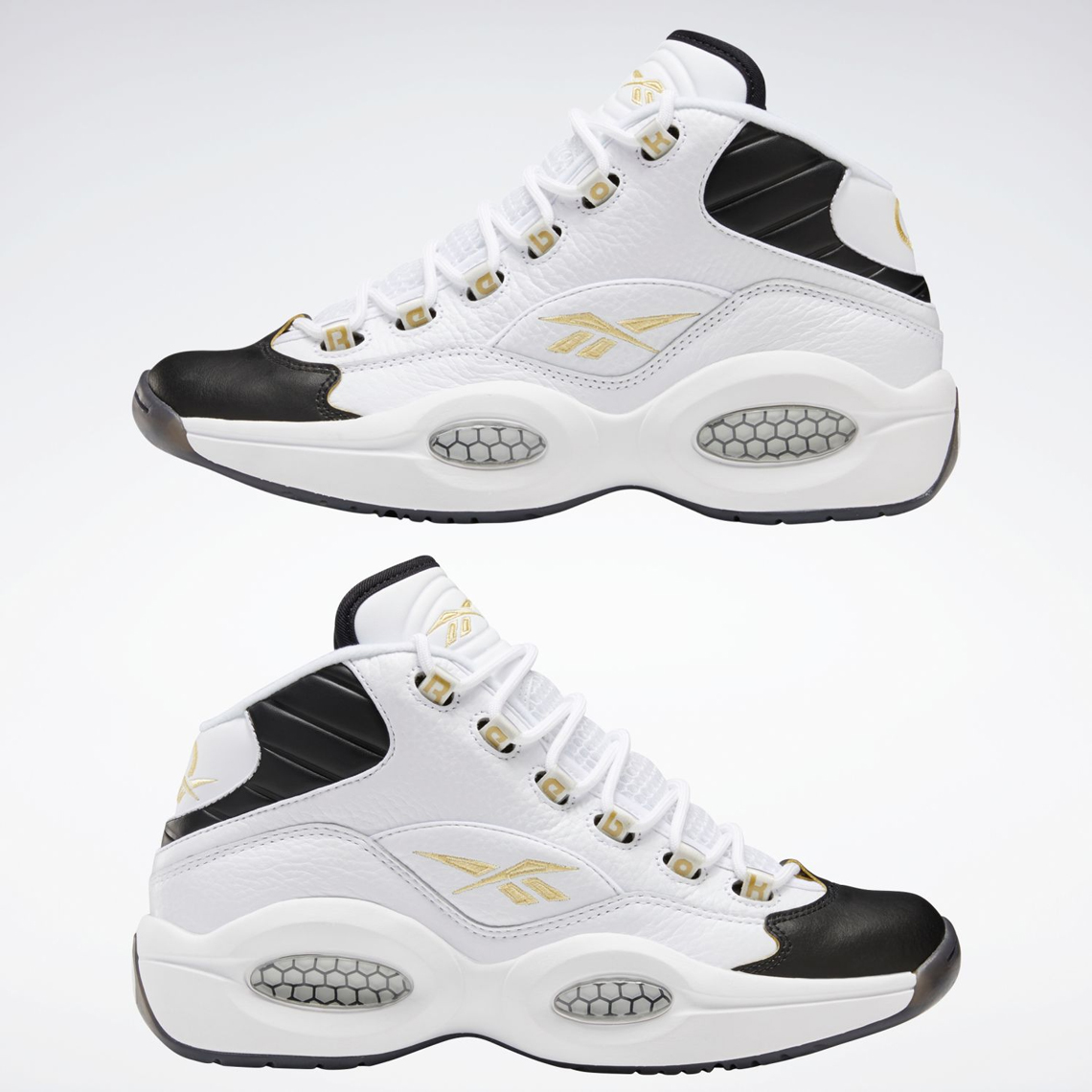 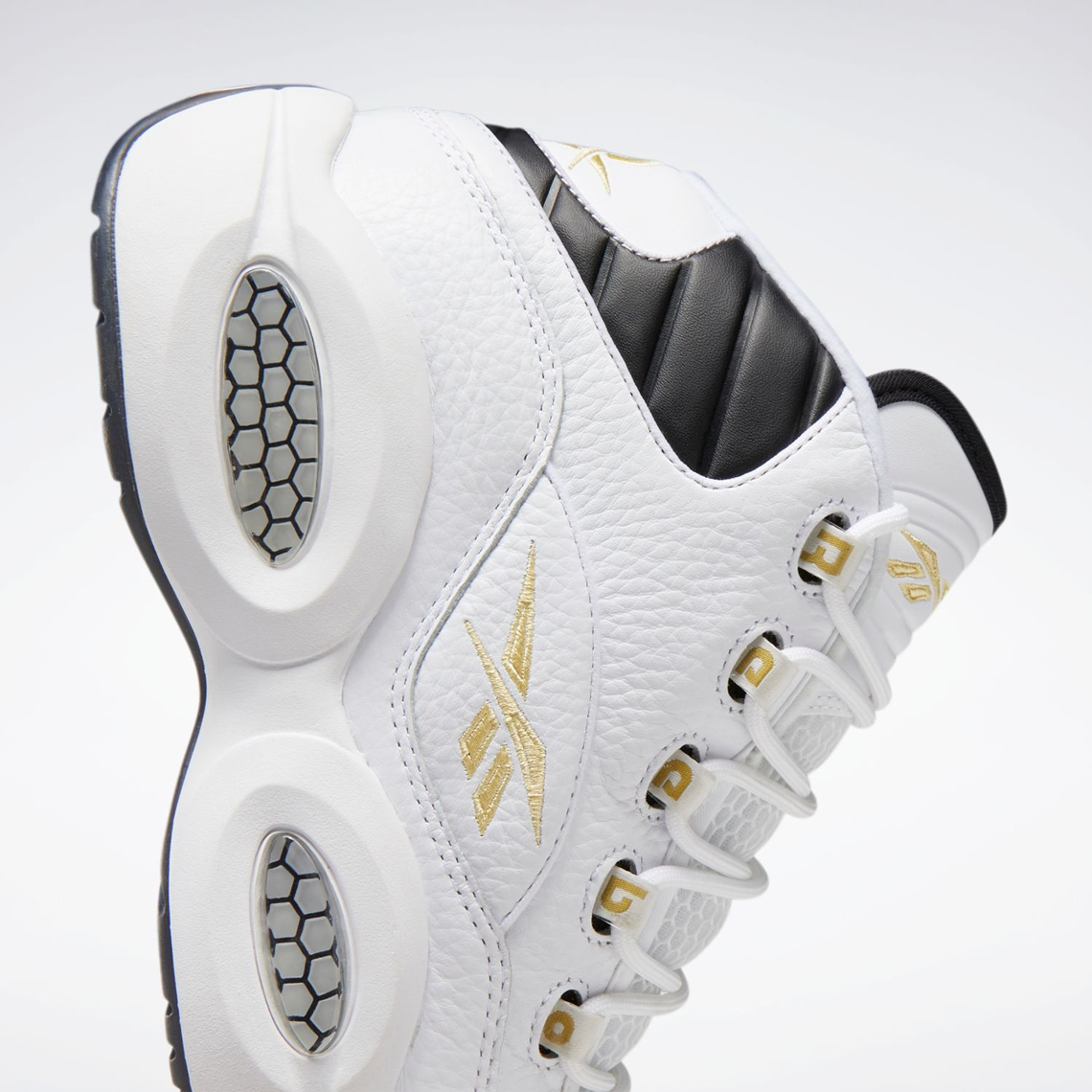 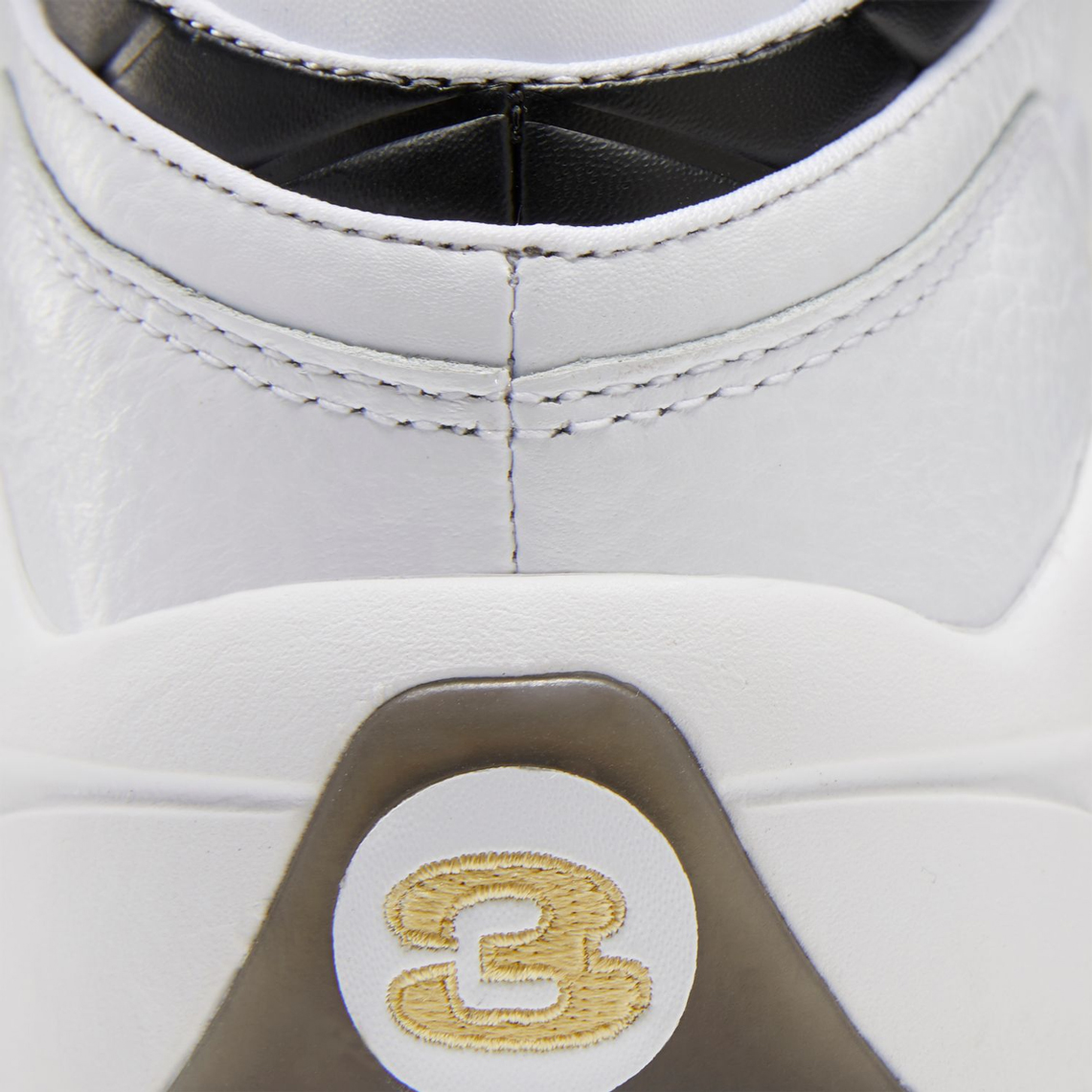 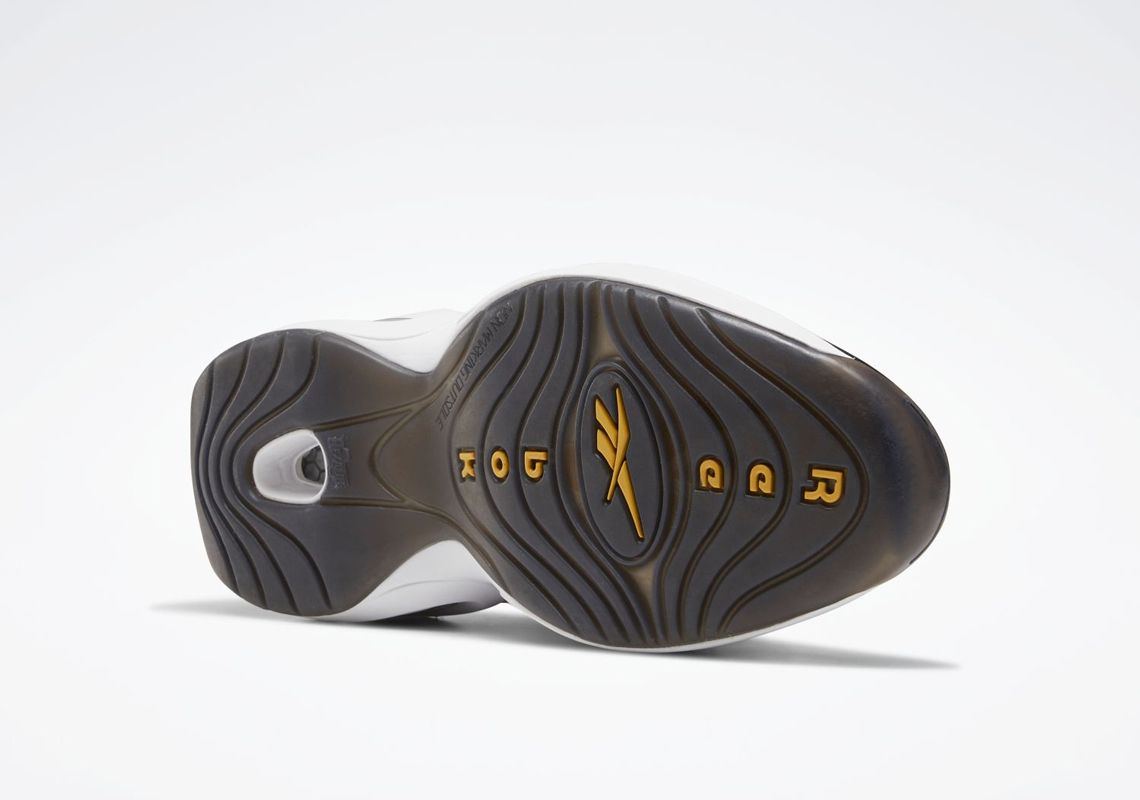